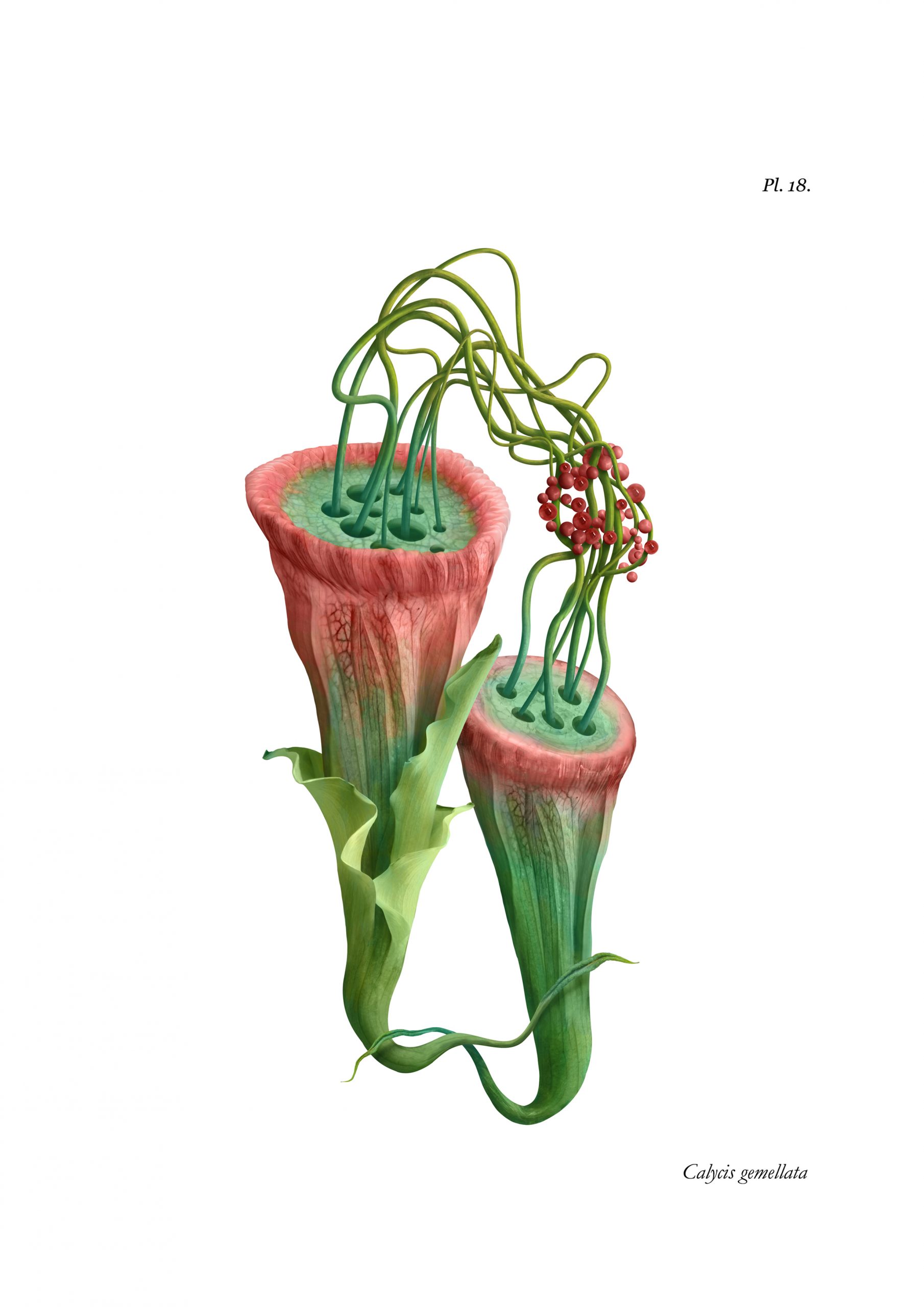 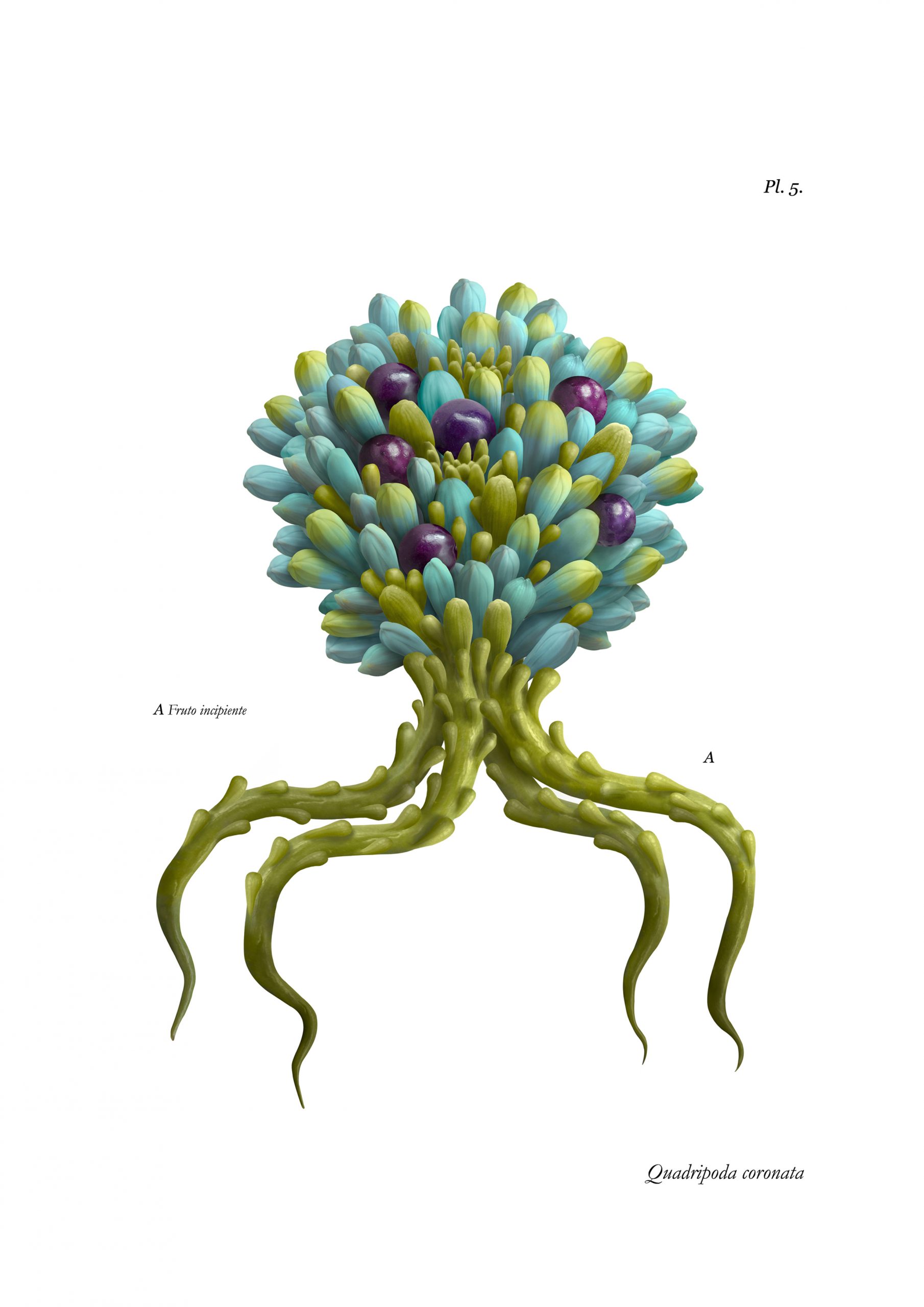 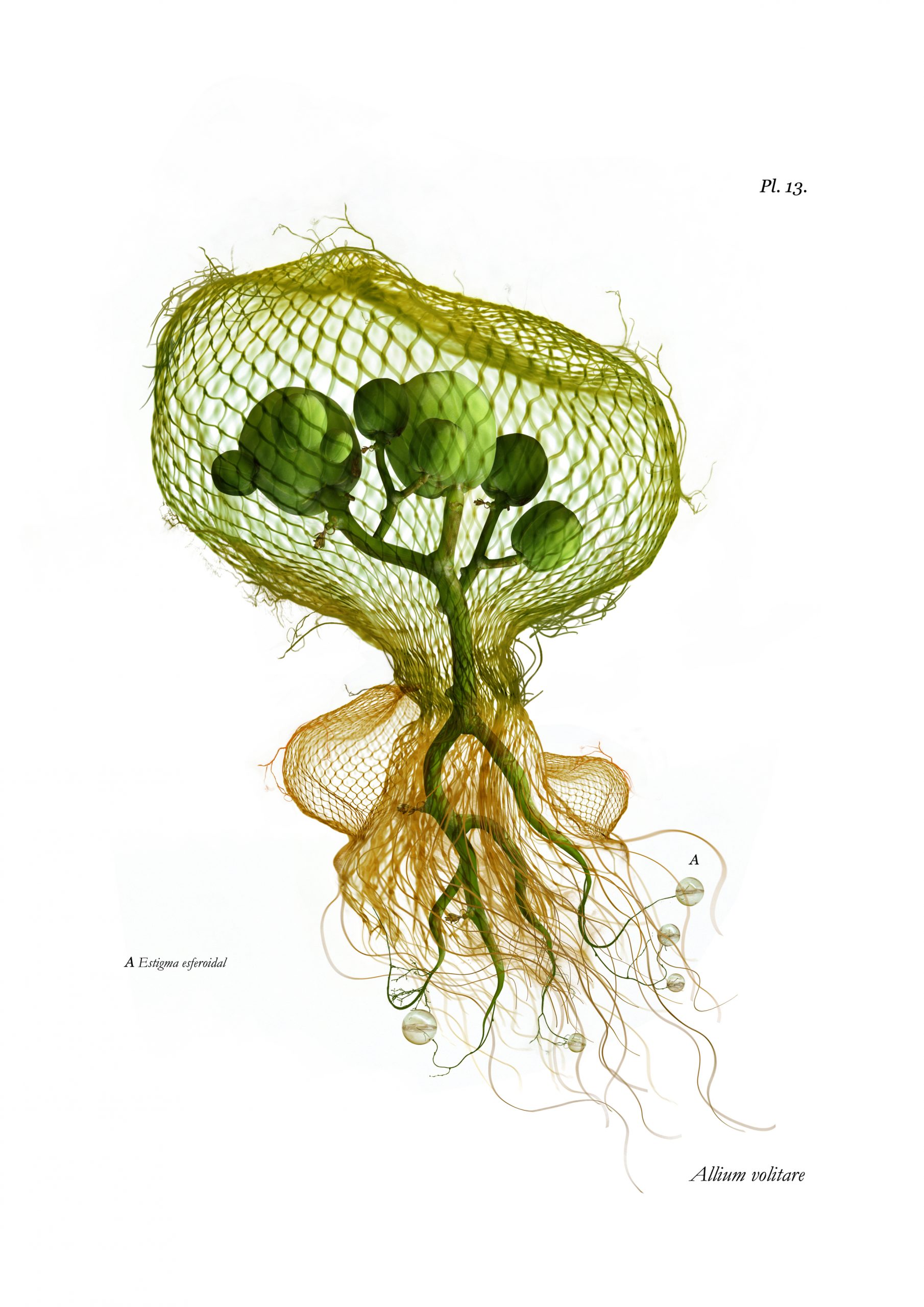 Altera Natura, is a fusion of several botanical elements from an extensive photographic archive of plants from Colombia, Central Europe and East China. The creation of this parallel nature thought as a botanic expedition into an uncharted territory proposes a new dialog between flora and mankind. Taking Cicero’s and Taegio’s definitions of unprecedented relations between man and nature, a new flora is designed as an anthropogenic nature where the evolution takes an unexpected turn through the exploration of vegetal forms. A world in which plants are the most resonant reflection of human dominion over nature, and its attempts to contain wilderness.
Have we transcended that which is natural? Is today’s flora a human artifice? Which new dialog could there be between mankind and a re-imagined nature? This series represent the stark legacy of the Anthropocene and the nostalgic lost sense of wonder and discovery. A reality where plants, present themselves in an ambiguous existence.

Marcela Bolívar has more than 10 years of experience as a digital artist and photo-montagist. Her BA in Graphic Design defined her career after experimenting with illustrations and photography in her bachelor’s thesis: Mercury, Sulfur, and Ash. She just presented her artistic project “Altera Natura” for the Master of Photography course at the Dortmund University of Applied Sciences, in which she is researching the connection between botanical and scientific illustration with digital photographic media.

Her work aims to disengage photomontage of its technologic and automated nature, pushing the technical limits of photography and digital media as they are merged with a variety of pictorial expressions. The mixture of various media as painting, photo, 3d elements and sculpture brings forth a personal interpretation of the world that lingers between reality and fiction, disguise and truth.