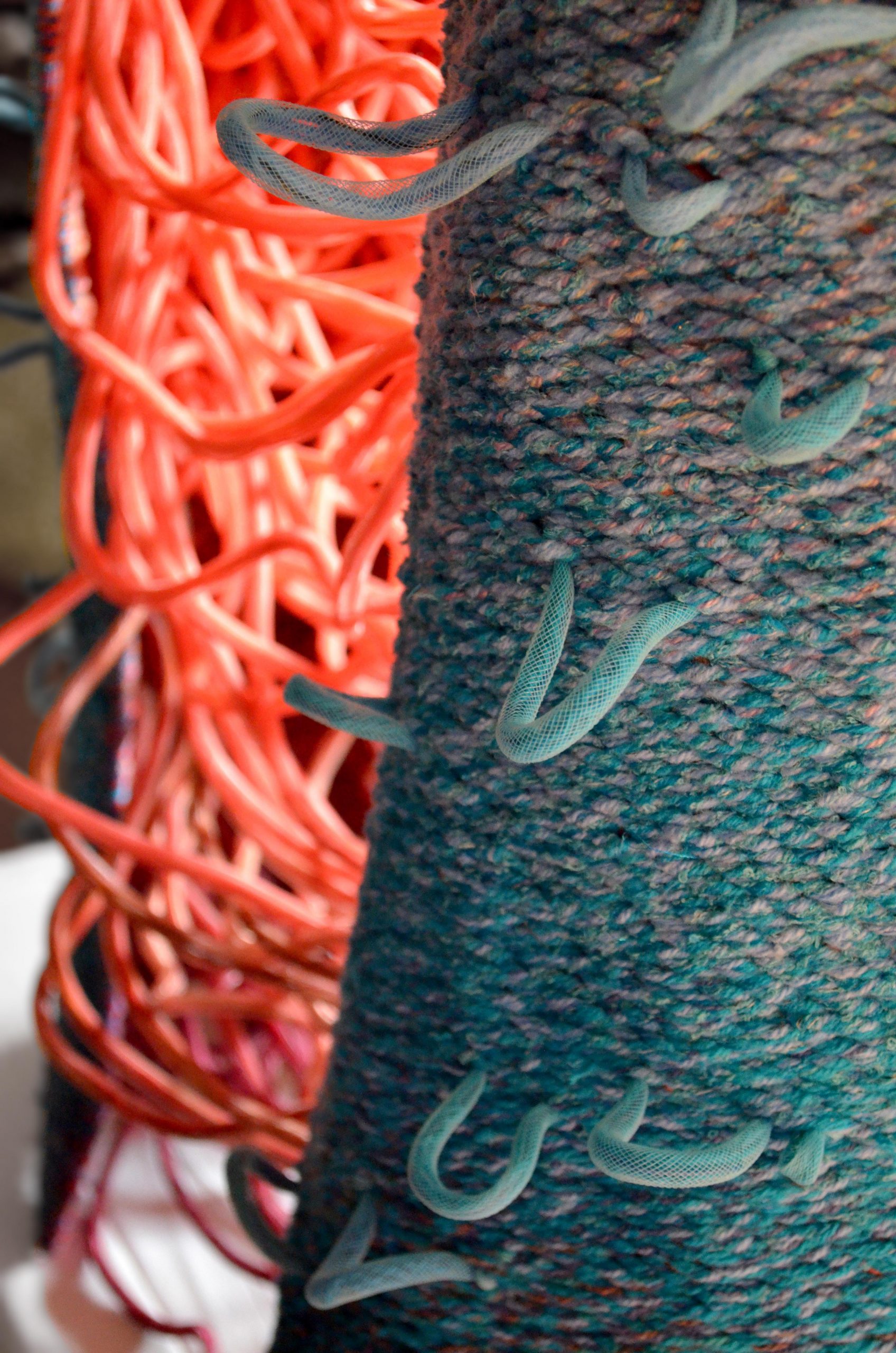 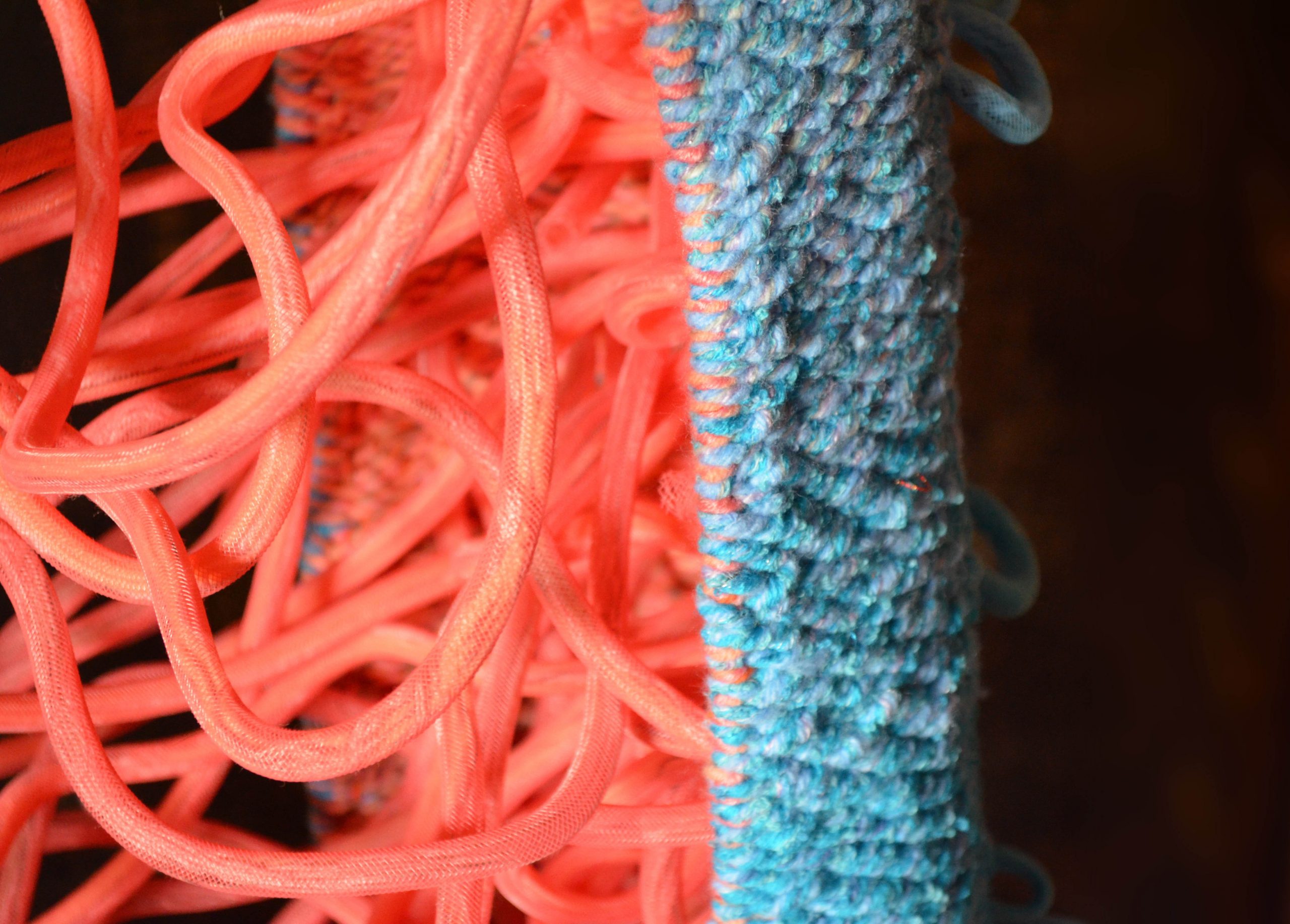 The sculpture "Creation of Eve" reflects the author's perception of a passage from the book "Genesis" (Chapter 2, verses 18-25 *). The volumetric abstract composition carries the image of two figures frozen in the moment of "creation". The inner part of the composition is filled with the image of corporeality and the transition of vital energy from one figure to another. At this moment, they are as one. This is the moment when it all started. This is the point of no return. The outer side is the image of Paradise, blamelessness and the divine principle. In addition, the work contains reflections on "string theory" and that the whole world consists of strings/fields/threads that form particles, substance and so on.

18 The Lord God said, “It is not good for the man to be alone. I will make a helper suitable for him.”
19 Now the Lord God had formed out of the ground all the wild animals and all the birds in the sky. He brought them to the man to see what he would name them; and whatever the man called each living creature, that was its name. 20 So the man gave names to all the livestock, the birds in the sky and all the wild animals.
But for Adam no suitable helper was found. 21 So the Lord God caused the man to fall into a deep sleep; and while he was sleeping, he took one of the man’s ribs and then closed up the place with flesh. 22 Then the Lord God made a woman from the rib he had taken out of the man, and he brought her to the man.
23 The man said,
“This is now bone of my bones
and flesh of my flesh;
she shall be called ‘woman,’
for she was taken out of man.”
24 That is why a man leaves his father and mother and is united to his wife, and they become one flesh. 25 Adam and his wife were both naked, and they felt no shame.