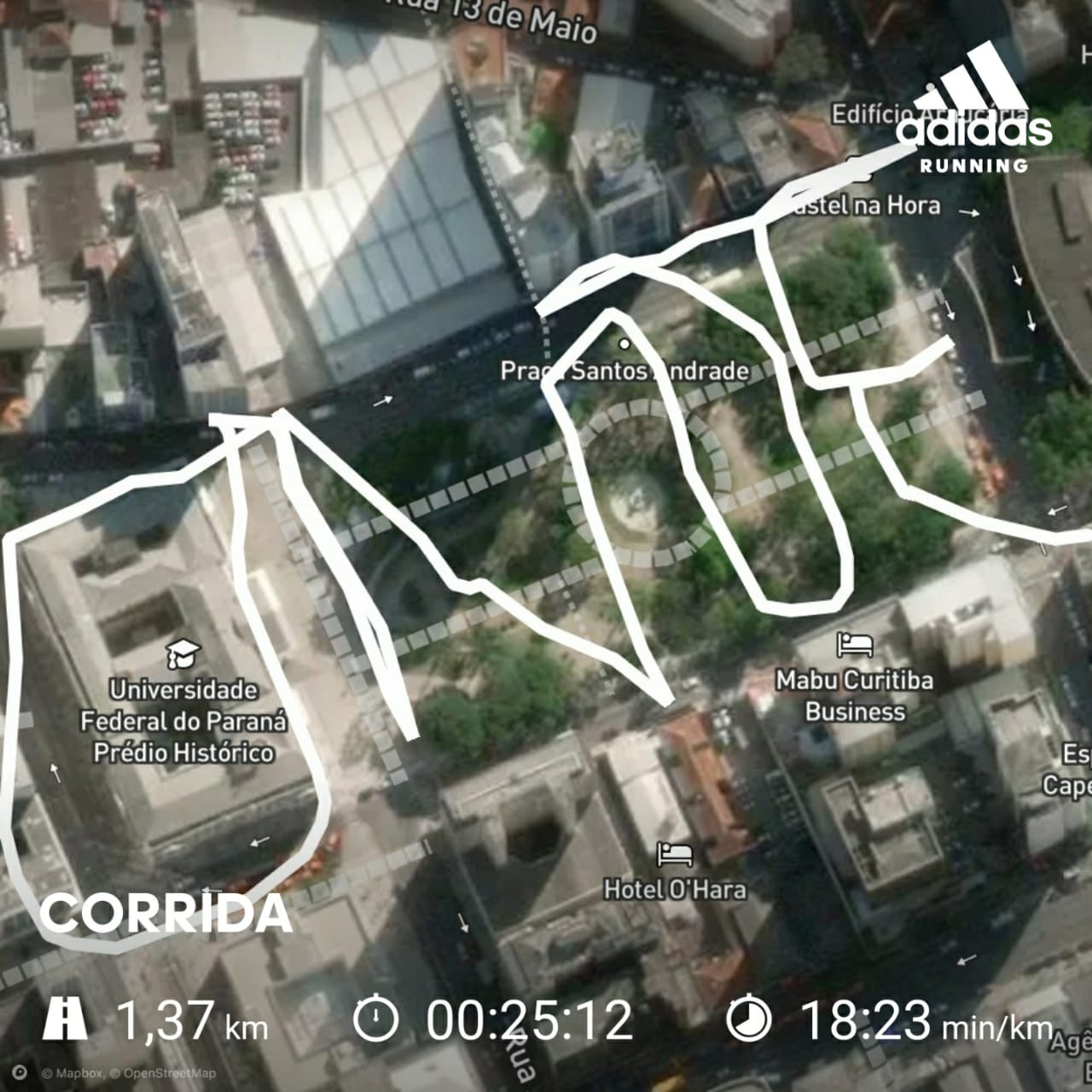 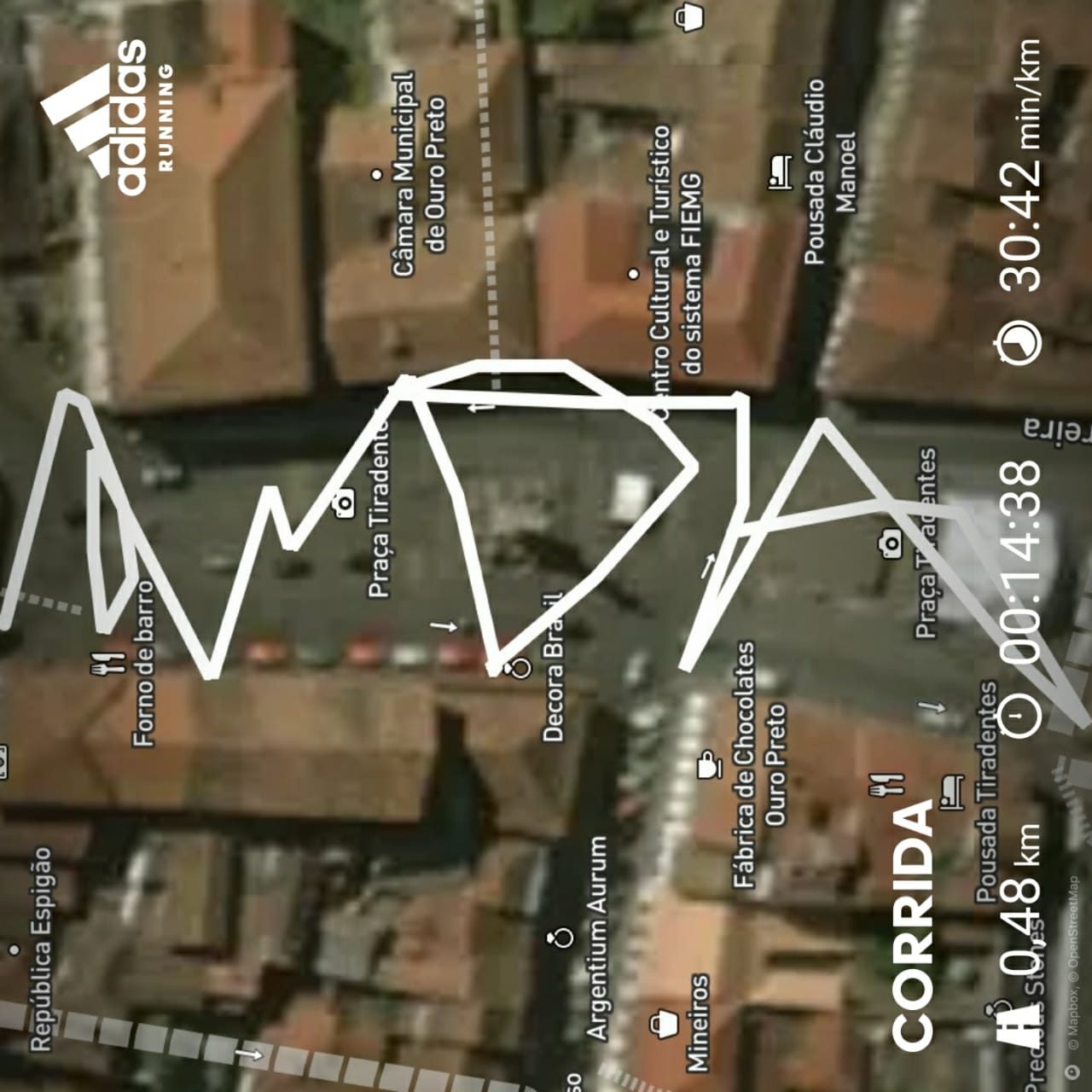 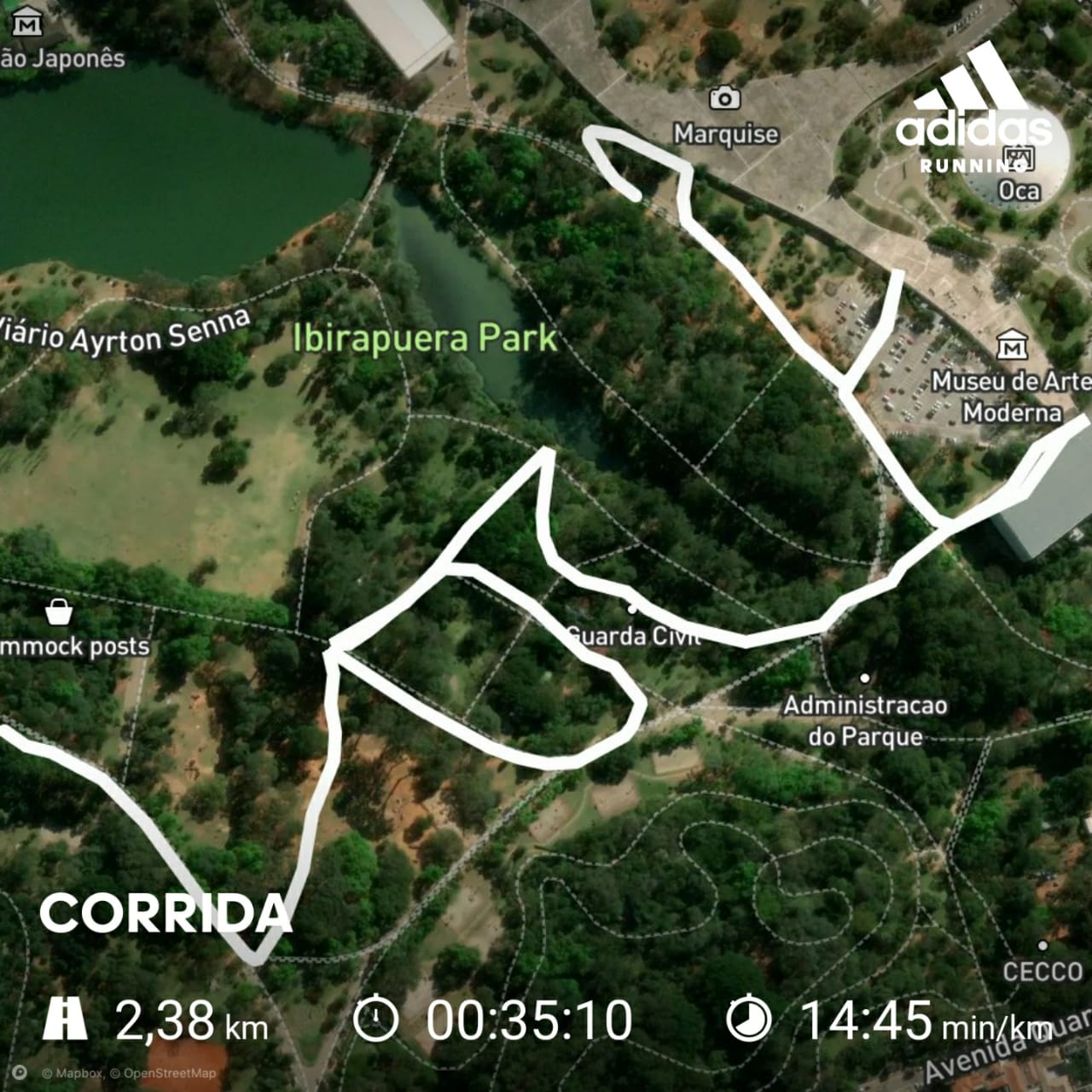 Alterquia is a collective formed in 2018. Aiming to build works and form an audience for contemporary art, it has physical headquarters in São Paulo, Brazil, and Buenos Aires, Argentina. Having already carried out actions in cities such as São Paulo, Rio de Janeiro, Recife, Florianópolis, Curitiba, among others, it also has significant interaction in the digital context. “Escrita ambulatória”, by Felipe Marcondes da Costa (1990) and Marcelo Vinci (1986), is a 2020 performance performed in several Brazilian cities. The two devices used in the action, a camera in a hand and a cell phone with GPS activated in the other, record the path of the performer, whose path forms letters that form words. Each of the words is written in a different city, respecting their contexts and specificities, and what is formed is the phrase “Onde está você” (Where are you) which, in addition to proposing a reflection on the relationship between the production of meanings between writing and walking, also refers to a classic Brazilian popular song. To write with your whole body, like a child who experiences calligraphy and discovers the pleasure of filling in the blank sheet and not taking the pencil off the paper. The inauguration of this erratic path is distinguished from the automatism that the years of practice trivialize. Writing and reading are not things that are learned once in a lifetime and remain unchanged, but activities that we relearn continuously throughout life. Thus, writing is a way, what is continually being built. There is the playful aspect of the game: given the rules, it remains only to indulge in fruition. And if you allow yourself to be surprised. From the instructions, playing as a discovery and experimentation of the world: it is a matter of following the path of the letters, without knowing where it will end. The pleasure is in doing, what remains is the record. In contrast to walking towards a destination, a goal, getting somewhere, writing as a path highlights the process, creates a passage, establishes a space of its own indeterminacy. In this way, its exploratory character emerges. Space makes the measurement of the body; the letter, the step size. It is about filling with other senses the walk, practiced in daily life only with a practical sense. There is an appropriation of the path: an affective cartography, with a subjective dimension, beyond the Euclidean and impersonal space of the map. The geometric and rational space of the map is crossed by the passage of the body. And despite being a path made with the body, writing takes place in disembodied form. As much as the path concretely taken, it is the trail of that path as written that is revealed digitally, from a cellphone application whose goal is to track the steps. If we sometimes stumble, the application is also imperfect, as seen in several slips. Street names, numbers, curves, data until now abstract, take on another meaning with the passage of the body. It is about restoring conventions, adding lines to the lines. The city appears as a labyrinth, deviating from everyday paths. The city is a sheet waiting for meaning: maps are drawings. The lyrics are the choreography to be followed. Like a trailblazing cartographer, the path makes the map, not the map determines the path. Wandering path, which is not linked to the previous rationalization. Walking is displacing forces: energy is invented, landscapes are invented. There is a passage between material and immaterial, intimate and external, personal and impersonal. The body-technology and concrete-virtual relationship does not occur as aspects that cancel each other out, but as supplementary and, at this point, already inseparable. The work only takes place in the association of both. In sight there is only one body that walks, in one hand a cell phone and in the other a camera: writing is what is to come.Standing still, I am always a foreigner, walking home.