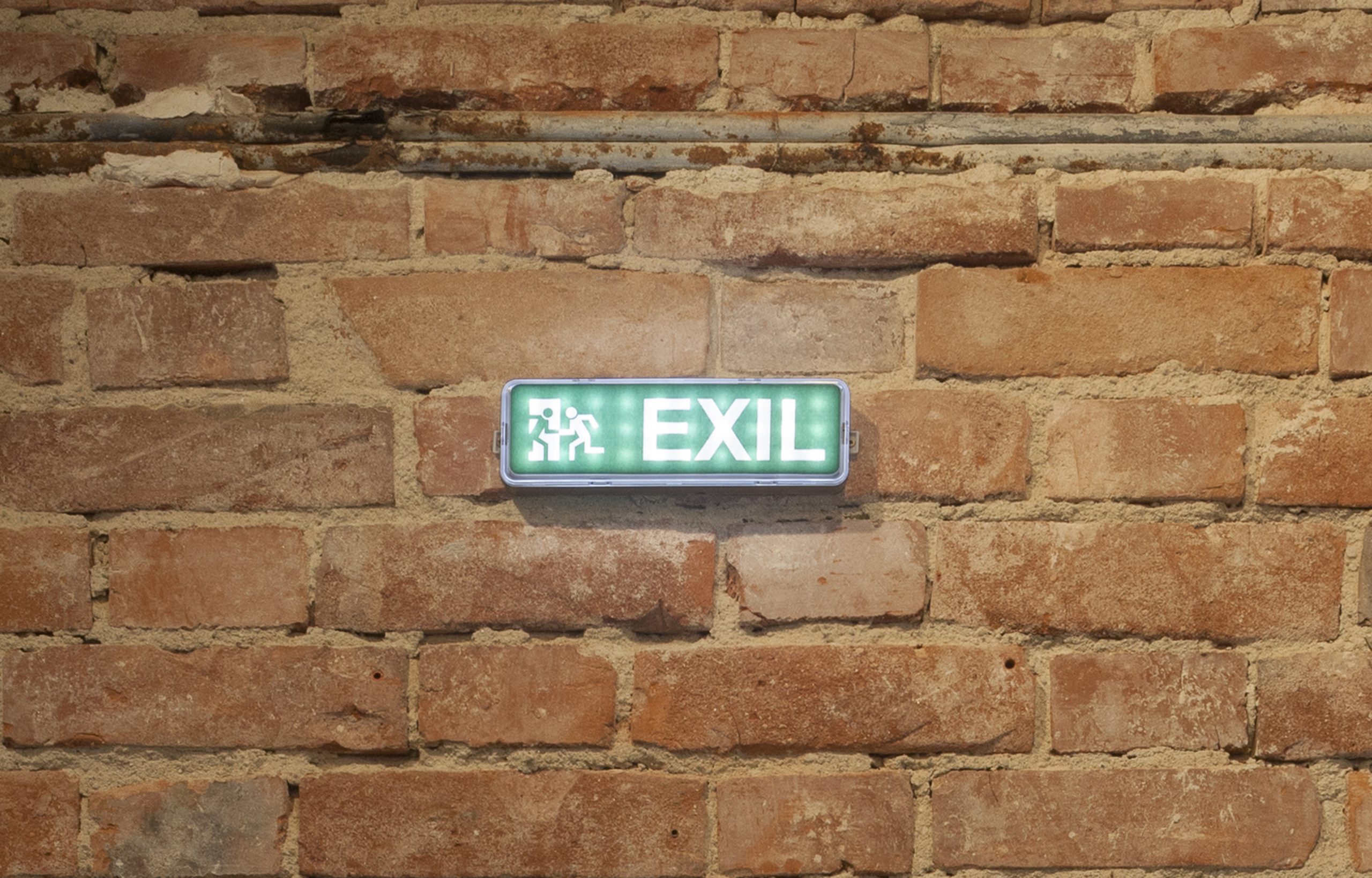 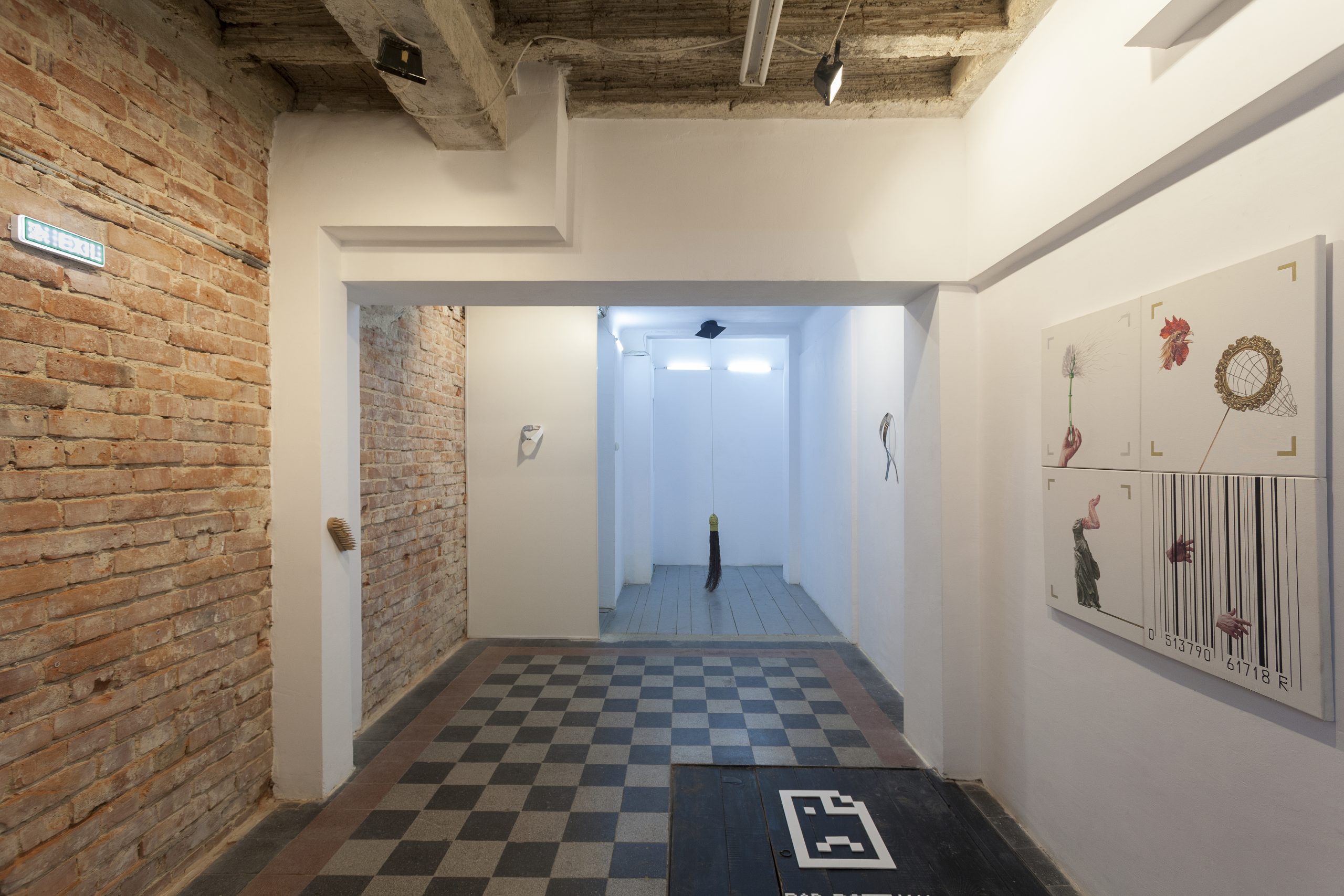 Exile is a "critical" ready-made, a subjective "object", which alters the usual context of communication generally related to pictograms and signaletic design. The intervention shifts the viewer's attention from its function to an alternate insightful meaning.