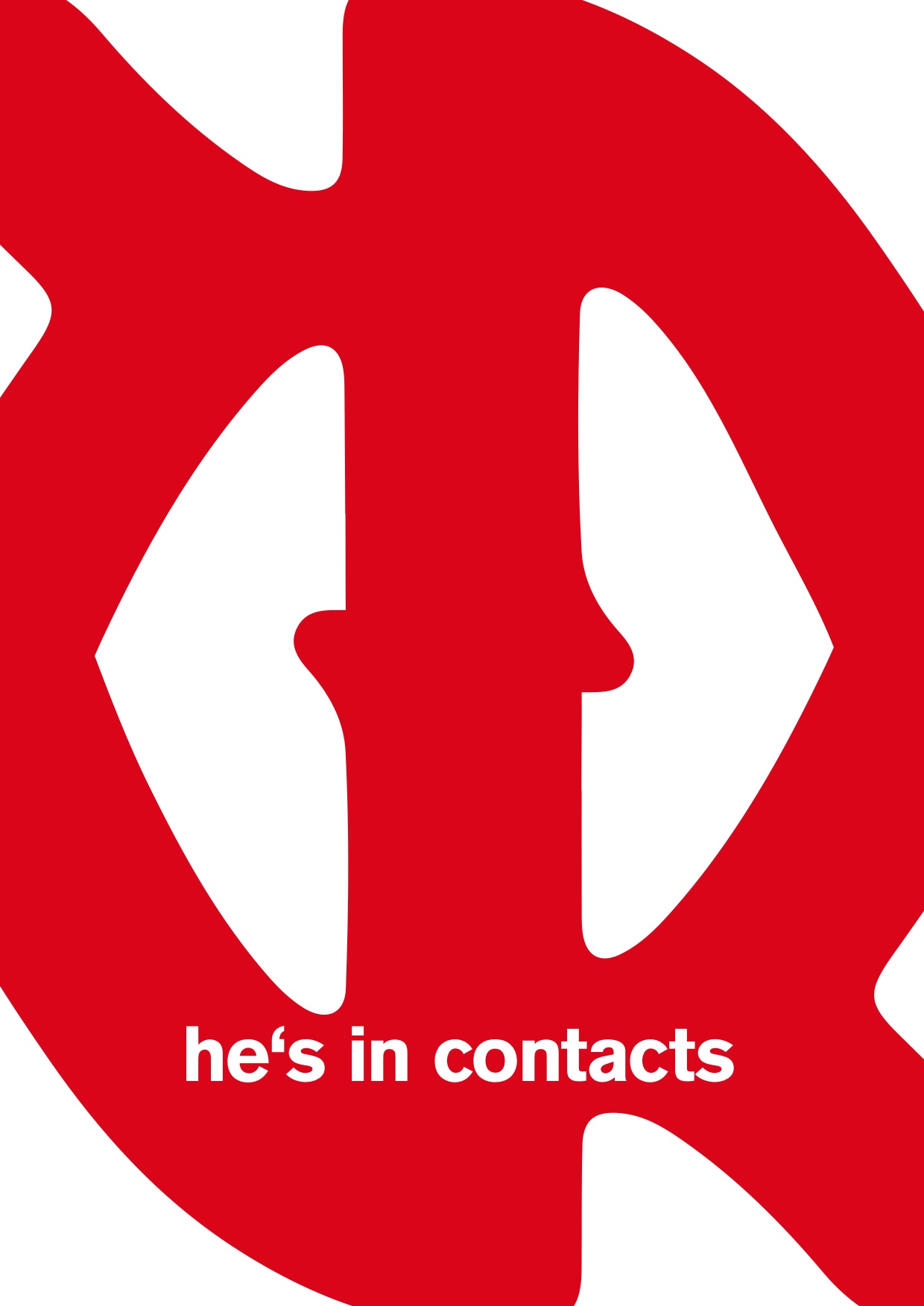 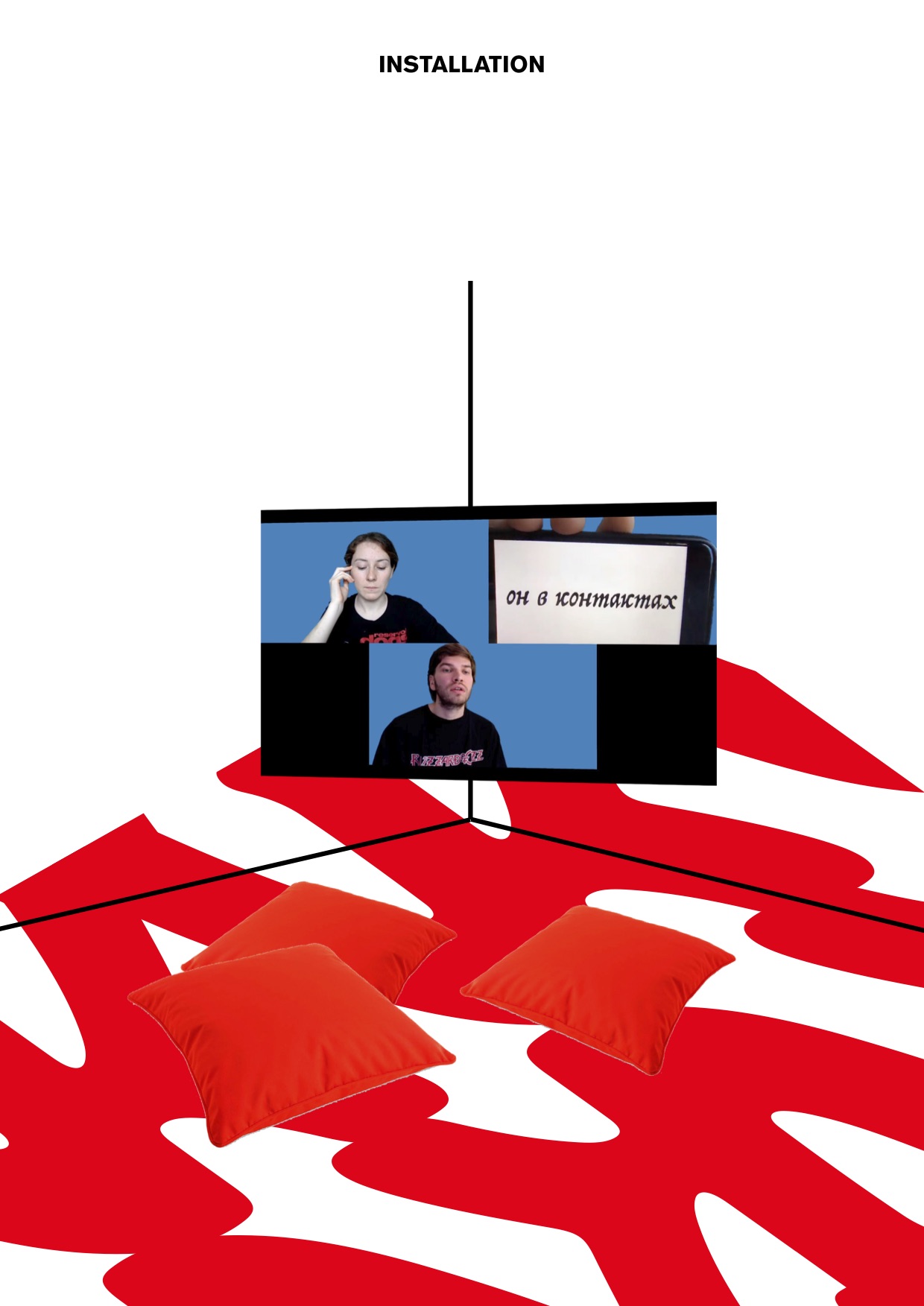 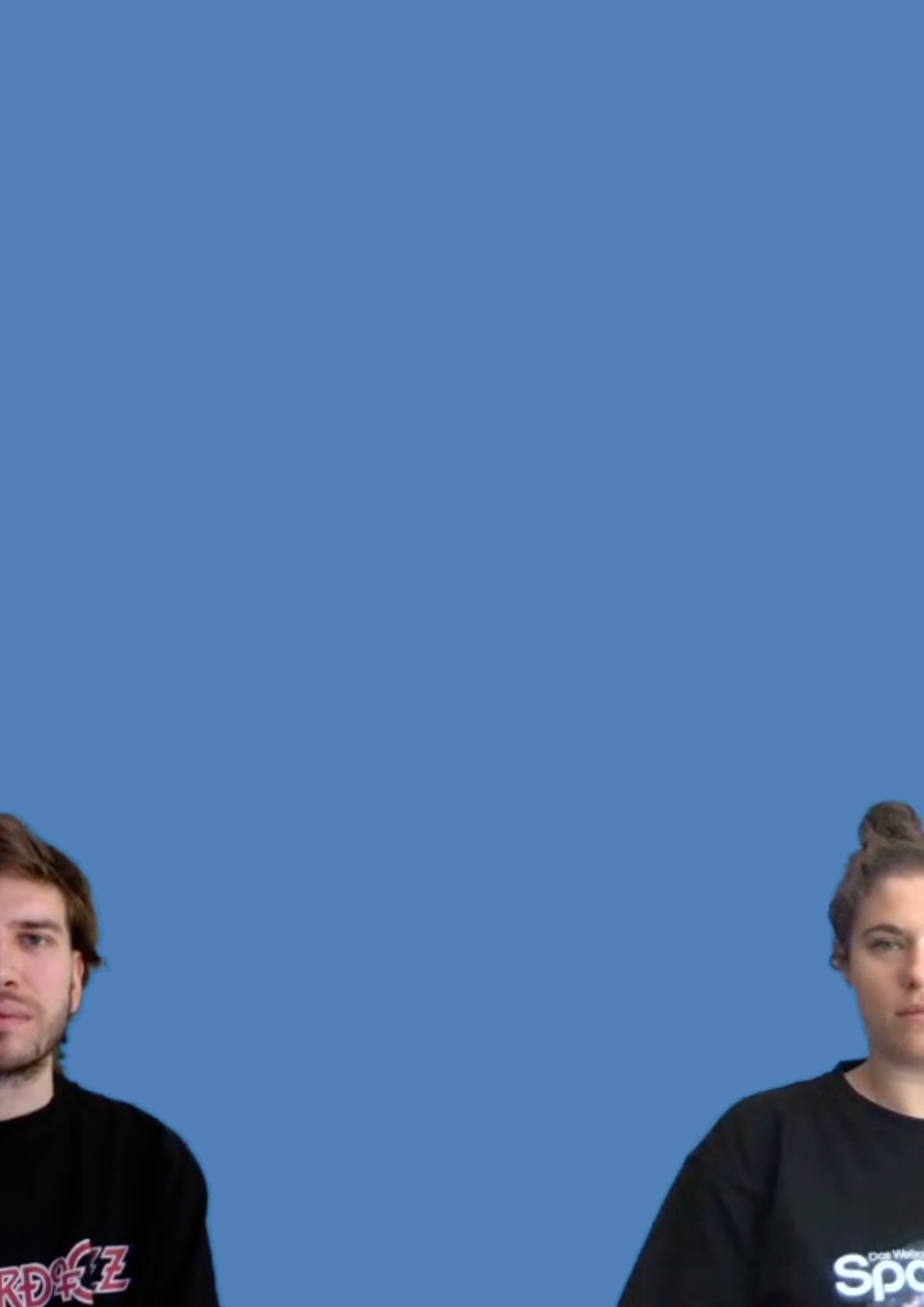 „he’s in contacts“ is a digital performance that chronicles the birth and subsequent development of social media culture. Through a deconstructed account of an adolescent’s everyday life in Russia and Germany it is shown how social media transform everyday behavior and language in the first decade of their existence. Throughout the improvisational performance we occupy this space constructing a collective story full of pop cultural references, historical allusions and teenage angst.

The digital performance is based on the play „he‘s in contacts“ that consists of Danila Lipatov’s personal chat entries on the social network Vkontakte. It is a multilingual social network that was launched 13 years ago on 10.10.2006. The play “he’s in contacts” documents trivial daily experiences of an adolescent, whose life is in constant geographical and intellectual transit between Russia and Germany. His private chat entries from the social media are reproduced in their original form keeping date and time details, particularities of spelling and the use of foreign words from English, German and French languages, written in both Cyrillic and Latin alphabets.

Chat entries from the play stem from one person. Despite the absence of answers from other contacts one gets an impression of an ongoing dialogue with an abstract counterpart who is always there, ready to offer support and consolation. The entries consist of passing remarks, reactions, questions that always hint at the political situation, but never interpret the events. Due to health issues, living abroad and political crisis in the country, the adolescent repeatedly finds himself in the situation of forced isolation. The website Vkontakte offers him the only possibility to stay in contact with the outside world.

Such immersion into the digital world leads to the radical transformation of his political views and written language. The entries from 2007-2010 contain a lot of cinematic and literary references, a romantic perception of love and the city. The tightening of the political climate in 2010-2012 immediately becomes visible in the language that becomes more nihilistic and superficial. The piece culminates with the feeling of emptiness among the angry young people. It spreads through Moscow after the protest „March of the Millions“ on 06.05.2012 and the sentence against the feminist punk band „Pussy Riot“ on 17.08.2012. This leads to his final decision to leave Russia and dissolve in the German rave culture. Our confrontation with this personal chronicle leads to the question what it means to live and act during turbulent times and how much of the historical context can be understood in the moment and how much in retrospect.

In the form of a staged video conference the digital performance „he ́s in contacts“ revisits the history of social media starting from ICQ, Skype, VK to ZOOM. The text of the play provides the structural basis for the 90-minute improvisational performance. Through a performative approach the initial text of the play is being deconstructed and subsequently reassembled as a collective dramaturgy. Each of the participants has their own particular connection to Germany and Russia and a different level of understanding Russian and German languages. The participants collectively share a variety of scores, which turn them into a reader, an interpreter, an editor, an interviewer, a tutor and a DJ. Performing acts of translation, editing and questioning the participants try to complement each other’s knowledge and share each other’s life experiences. Through this exchange they transform the personal history from the play into their own collective one.

Through this being in and out of contact the performance translates the mutual desire of Germany and Russia to understand each other through embodying the multilingual Other and dissolves the pre-existing categories of nation, gender and language.