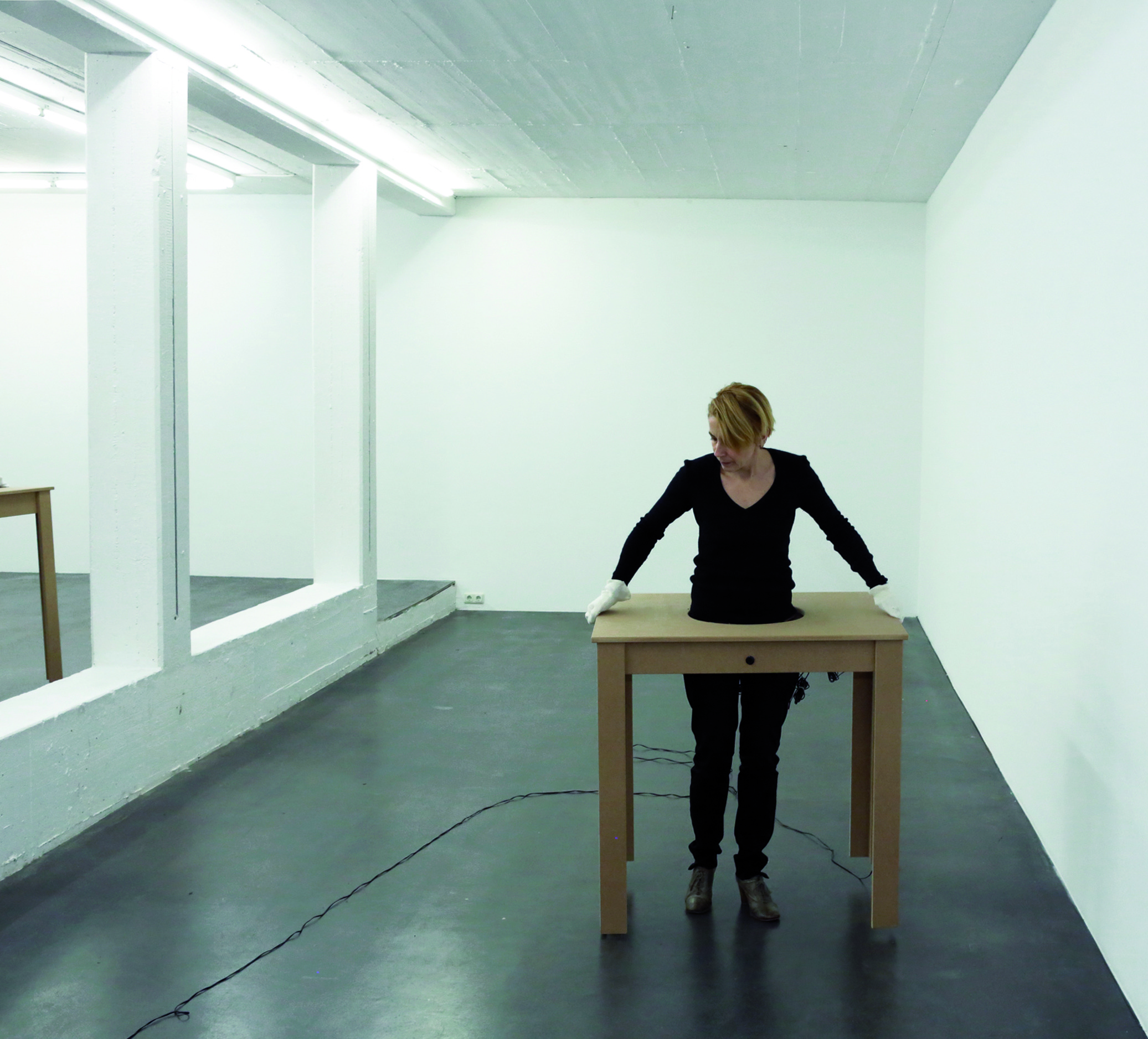 Leibtische are named after Vilém Flusser's idea of a Leibkarte or skin-map. The original idea was to transform the institutional function of spatial separation which tables under some conditions have to play—just think of the desk in a lobby e.g.—and change it into the attitude of a relational object, custom-made and wearable.

To orientate oneself in the world is something everyone of us knows: as an observed need, both practical and intellectual. Something we are used to try to do (or sometimes we really don't want to do); as philisopher Vilém Flusser has noticed, something we can usefully try to do starting with orientating ourselves in our bodies first. Because of all the active interfaces between us (the everyone's »I«) and our environment, we can imagine some variable and dynamic skin, something Flusser called Leibkarte or skin-map. The key to understand—and build—this image (of a »map«) is not to expect a surface, but a plastic cross section of a body with changeable states of adhesion both to the subject (the »I«) and to the so-called environment. So everyone's »I« needs to find the way to its eye in order to get a picture of its environment; or it needs to find the way to somehow understand its liver in order to learn more about its environment in terms of consumable toxic substances. Following the examples we can think of the eye being placed very close to the »I« and clearly separated from the environment, while the liver could be placed closer to the environment and not that close to the »I«. Adding more sensorial possibilities to our bodies, or just inventing and misusing procedures about how to reflect our environment as a subject inside of it, we can pretend to be consciously changing (»sculpturing«) our Leibkarte and/or to be making some choreography or composition out of shifting the borders between our perception of the self and the one of the »outside«.
Leibtische were produced as a pair with same measures in order to be used as instruments for a space-related composition. They are sonic instruments for spacial action. The actions have been called Leibtische Versuch Nr. "i" of a relational room score for 2 female performers with table and ultrasonic sensors.