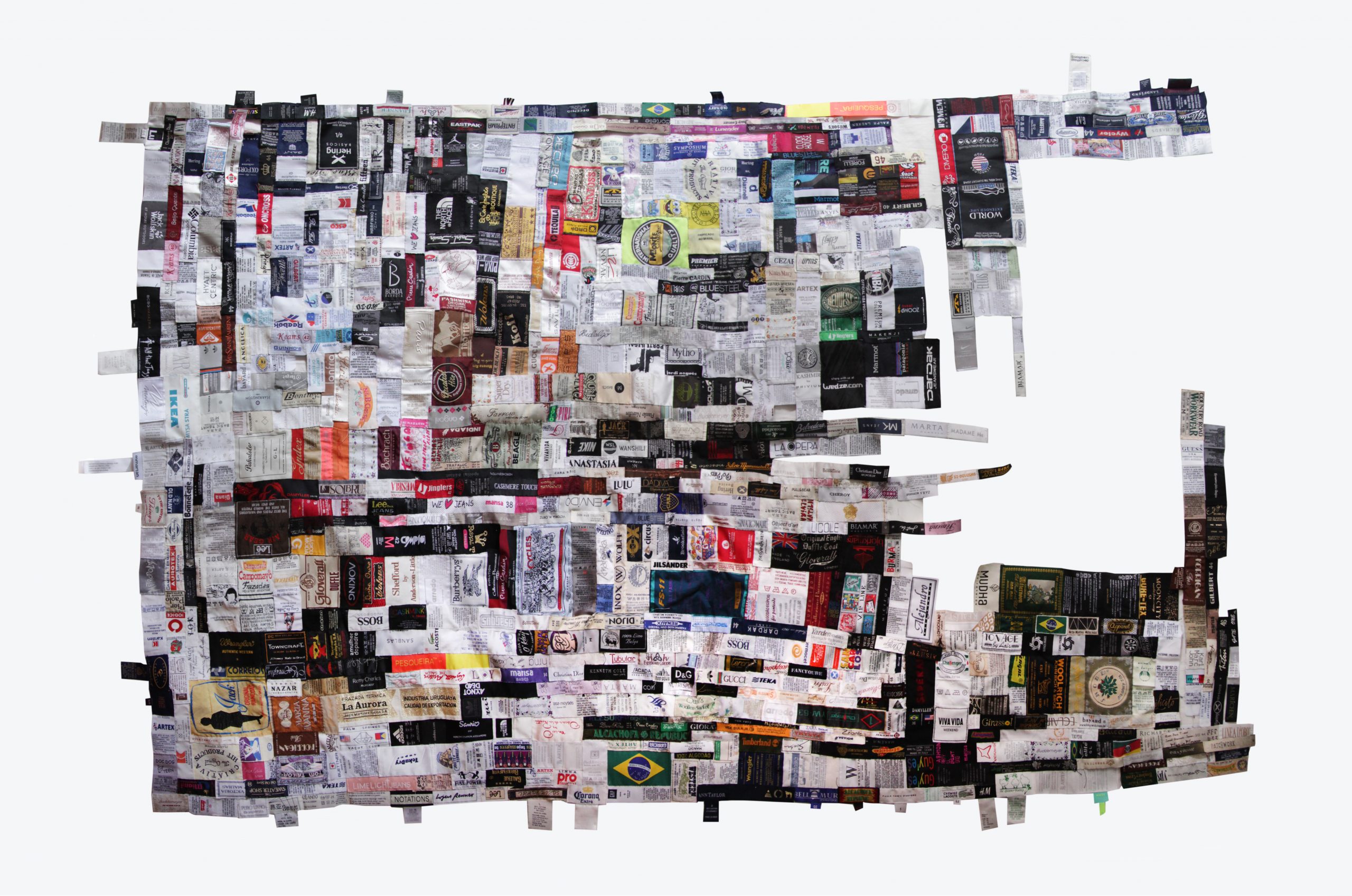 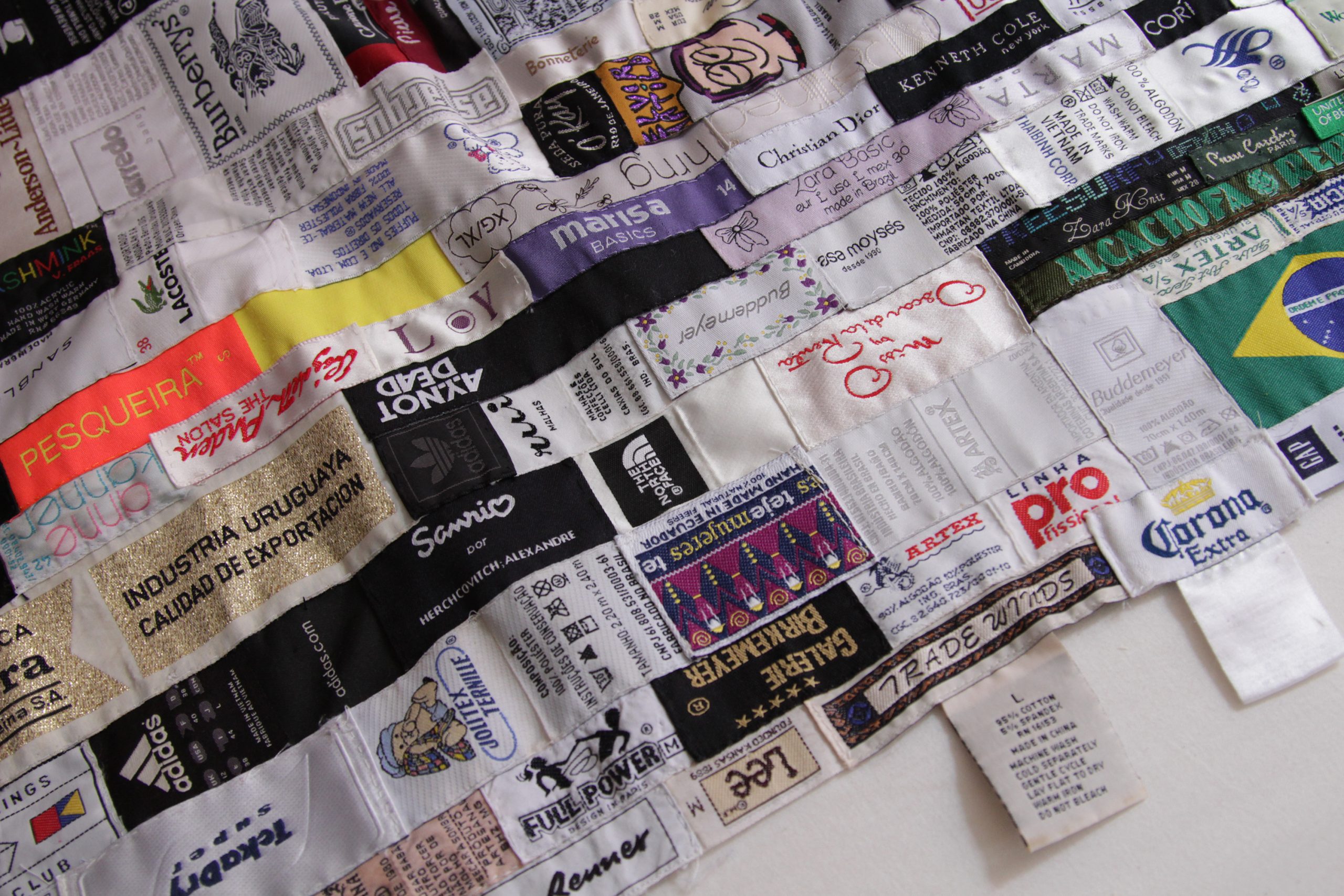 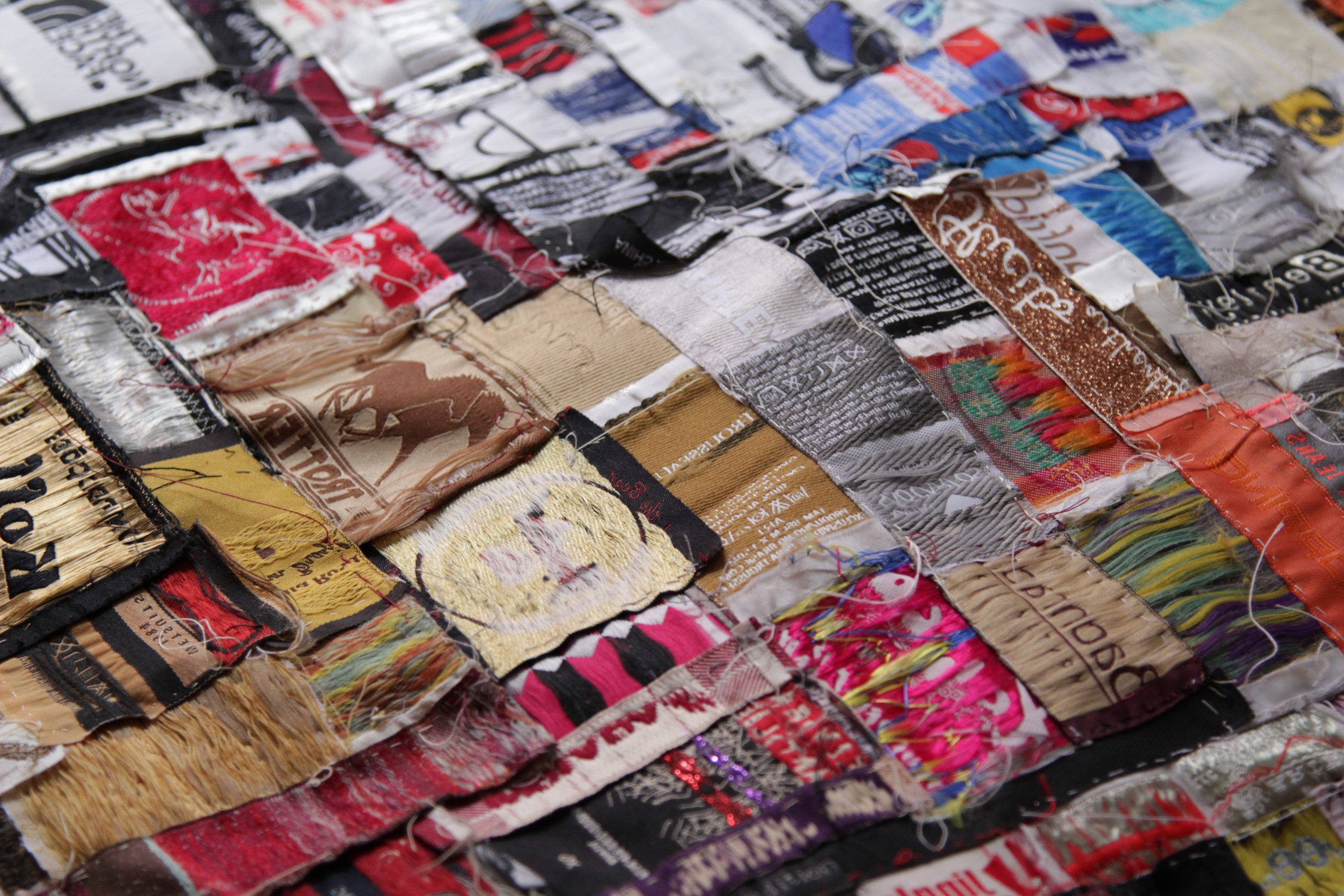 "Mapa Mundi" is a hand-sewn textile that gathers hundreds of industrial labels mainly from clothes but also from household items such as towels, sheets and blankets. After ten years of collecting labels, in 2016 I started sewing them. The work is in its final phase and should be ready by the end of 2020, reaching an approximate size of 105 x 220 cm. Most of these labels, in addition to informing the brand of the garment and the ideal washing conditions, inform the country in which the garment was manufactured, sometimes even bringing its flag or some printed geographical reference. If looked at more closely, many labels reflect characteristics of the country from which they come, marking different geographical, political, historical, cultural and sociological aspects of these places: their self-affirmation and identity consolidation strategies, echoes of colonialism, the vulgarization of English in some Latin countries , its territorial conceptions based on the geographic, in the relation with the landscape and its culture. I named my work "Mapa Mundi" by analogy to cartography, as geography, ideology and politics converge there. Of fundamentally ideological origin, maps are founding instruments of the history of nations, they are fictional constructions – as much as the nations themselves. Maps can be understood as a type of language used to mediate a particular view of our world. When viewed in this way, they can be associated with certain 'cartographic discourses' or with persuasive and rhetorical applications, and not just as something designed to name and locate. These discursive mechanisms of maps – and their modern representatives, like the labels themselves – show how they have become a political force in our society. Even more important is what they tell us at second glance, what is actually being mapped behind their outermost layer.