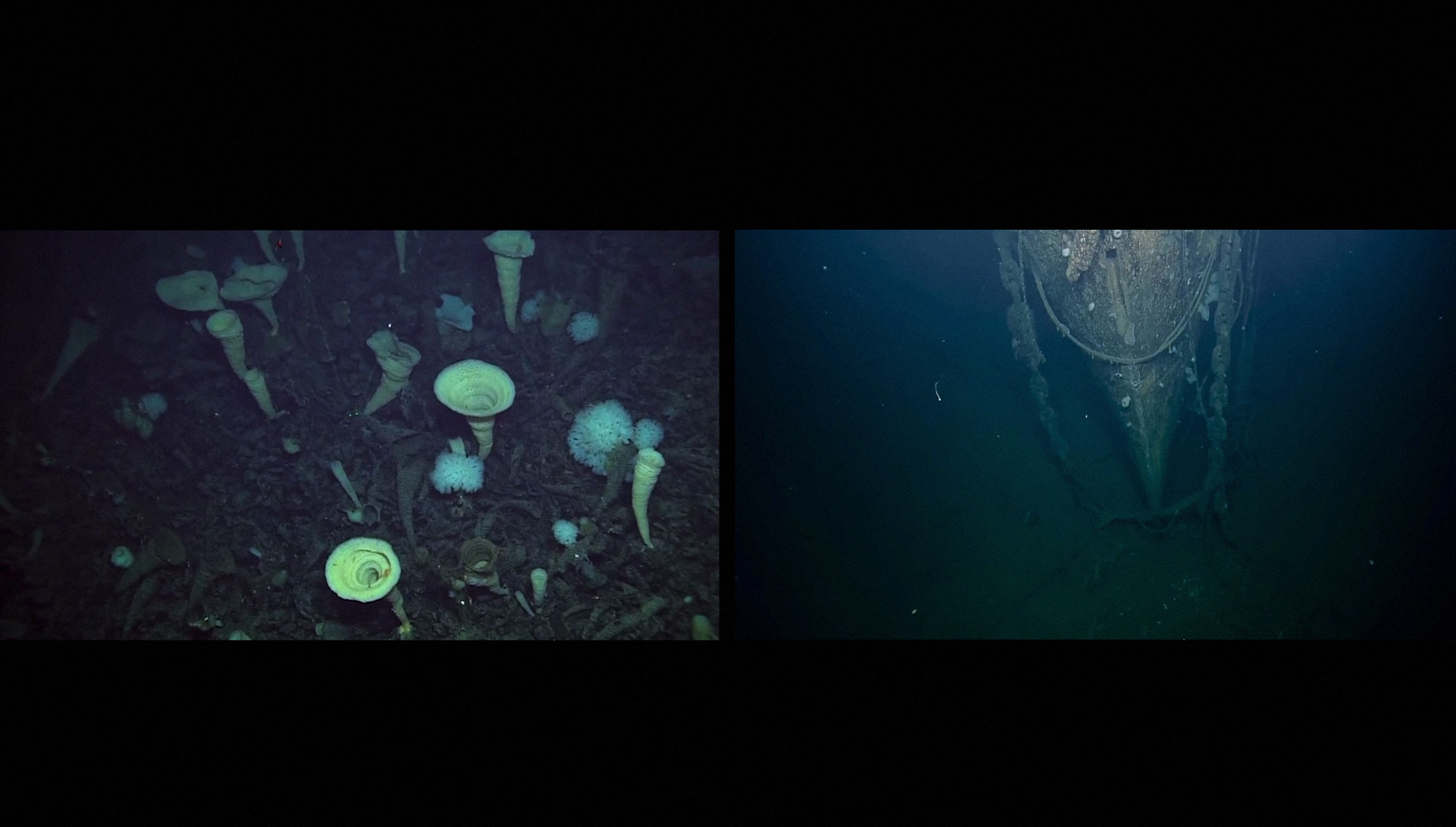 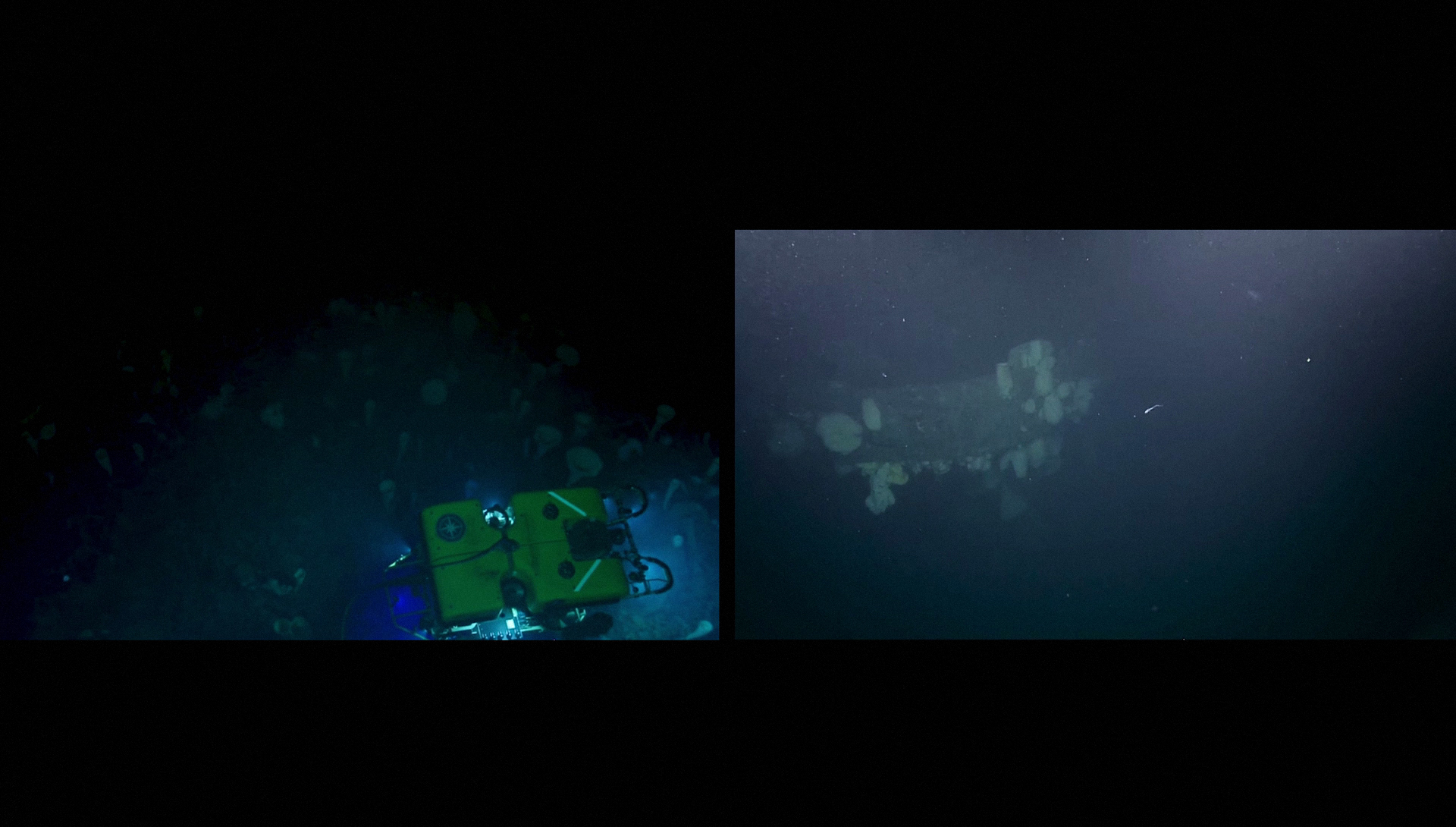 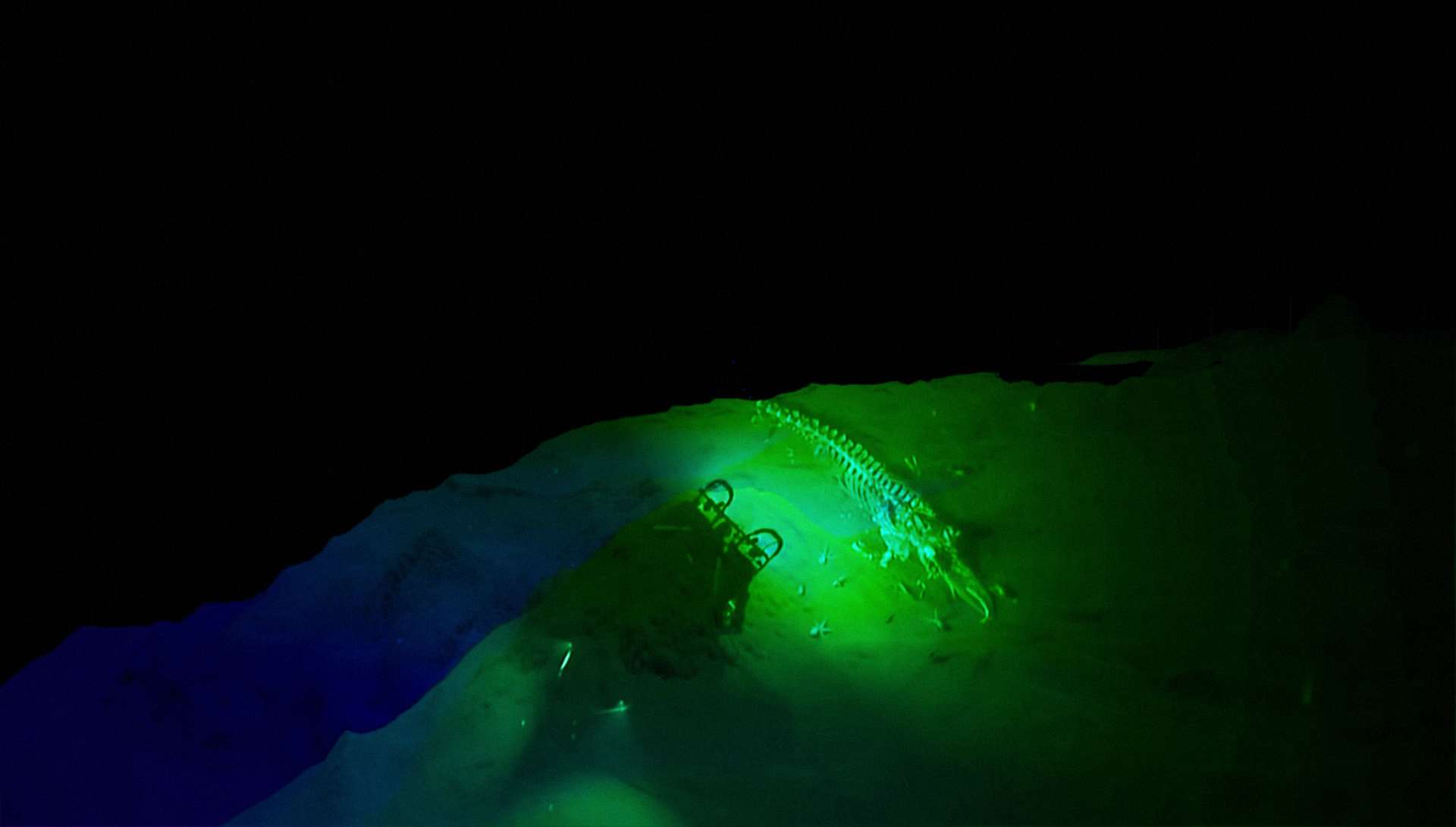 Ocean is Future is a deep dive in the depthiness of underwater geographies, reimagining human and more-than-human relationships attempting to destabilize traditional land-based modes of thinking and living and the structures that control it. The unexplored darkness of the oceans, this vast body of water which constitutes the largest habitat on this planet, has been a neglected arena of geopolitical, economic and cultural conflicts.
An oceanic worldview, informed by the concept of tidalectics, provides a range of different readings and interpretations of the entanglement between people, non-human communities and the environment as a living organism. Coined by the Barbadian poet-historian Kamau Brathwaite, the term tidalectics describes a worldview that draws on “the movement of the water backwards and forwards as a kind of cyclic motion, rather than linear.”
In Ocean is Future (2020, in progress), the artists interweave imagery of a hidden world: the liquid subfloor, seamounts, hydrothermal vents and queer aquatic beings are encountered during bathymetric mapping from underwater vehicles in the deep ocean. With the sequences of images structured in a split-screen view and the narratives nested within one another, the video work reflects the rhythmic fluidity of water and the incessant swelling and receding of the tides. The submerging into this ancient but unexplored world allows us to think of hybridity and interconnectedness, fostering engaged ways of caring for the oceans.
This video work is a product of the attempt to finding new creative ways for digital research during an unprecedented global stasis, that of the pandemic. The footage is taken from various operations of E/V Nautilus, an exploration vessel ‘exploring unknown regions of the ocean seeking out new discoveries in biology, geology, and archaeology’. During the expeditions, E/V Nautilus offers the global public a remote exploration experience via live video, audio, and data feeds from the field.