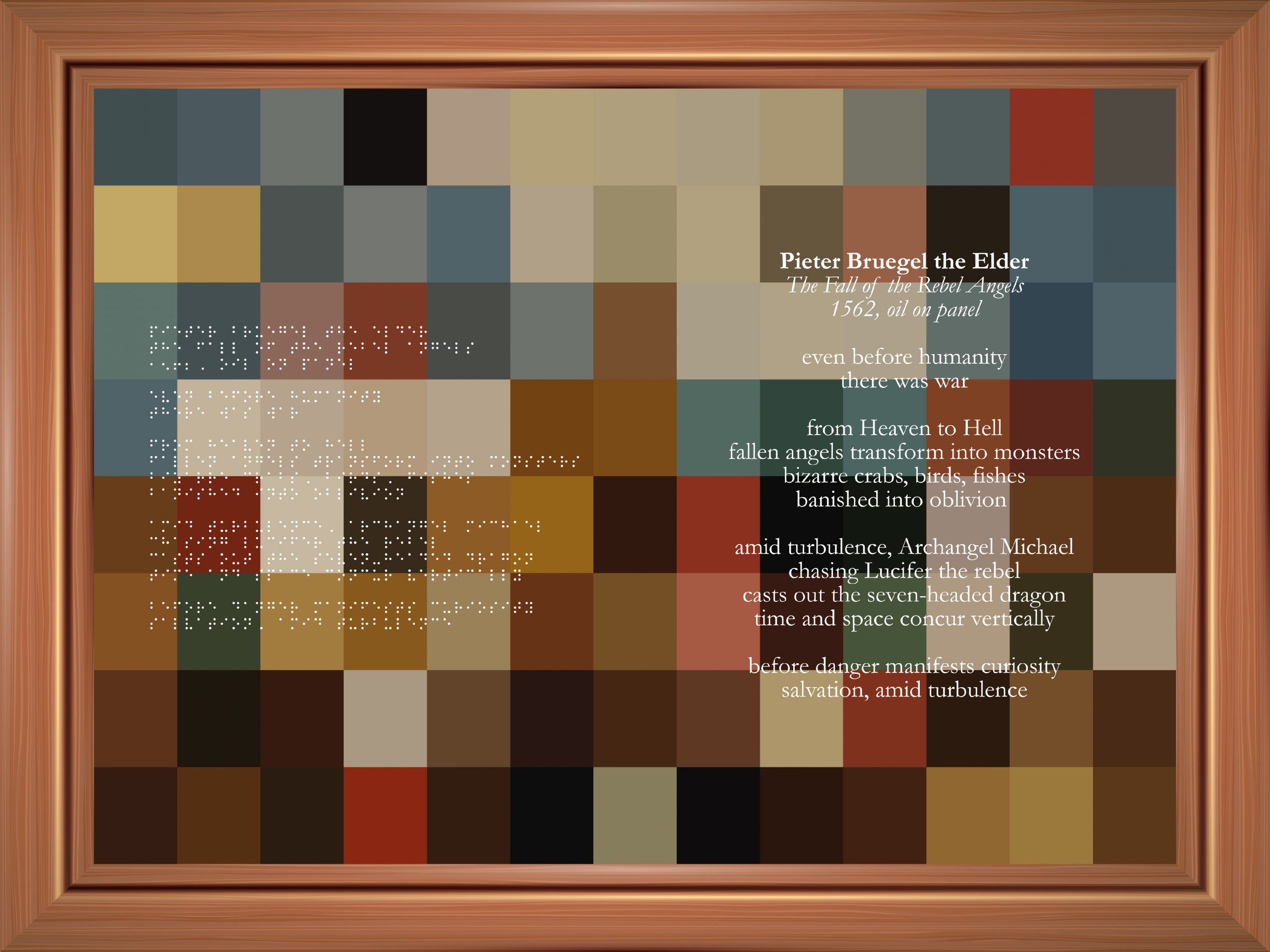 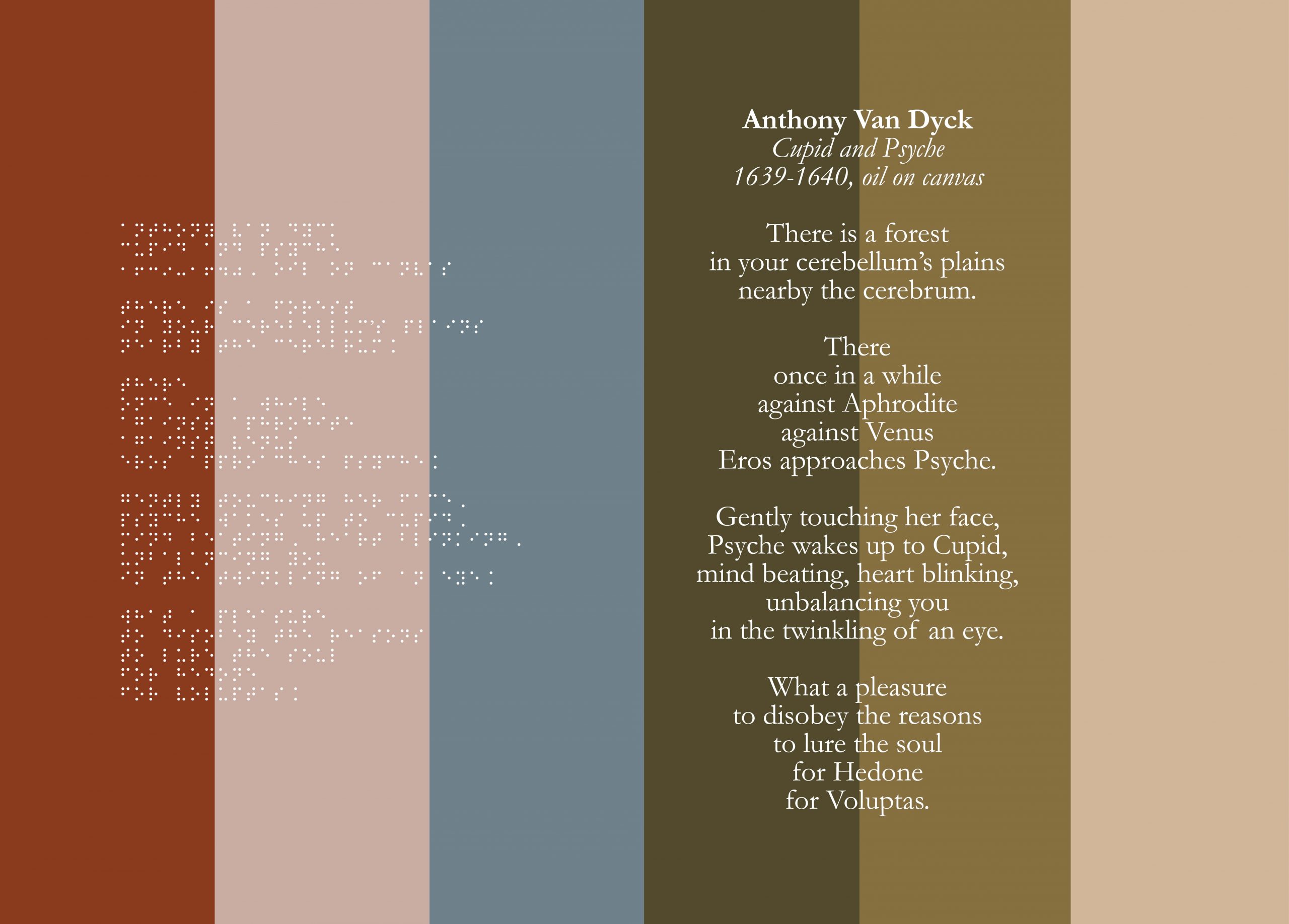 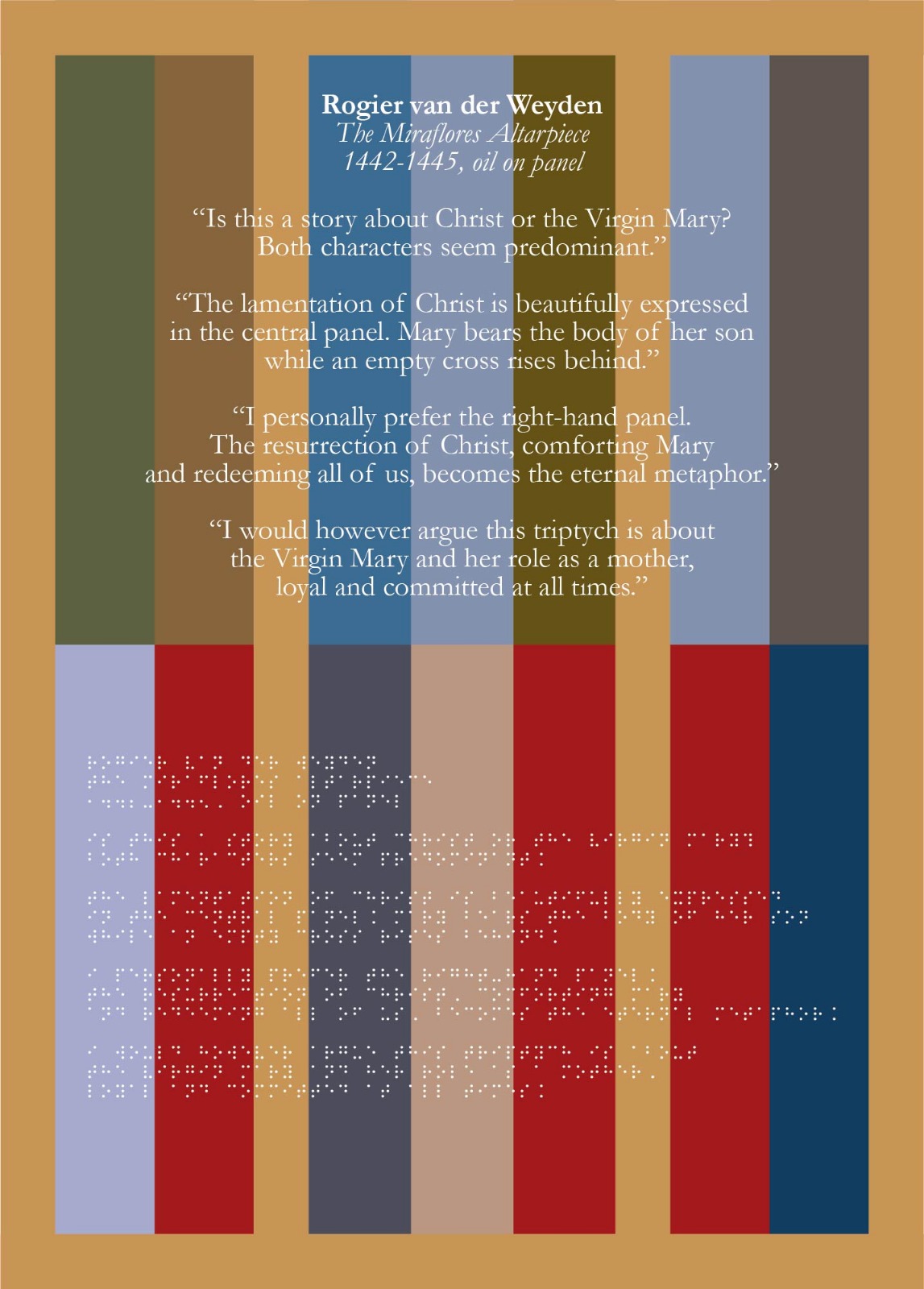 Painthical is a series of inclusive visual poems in English or Spanish and braille conceived to represent the content of famous classical paintings of the Dutch Golden Age in a non-dogmatic interactive way.

When reading a poem about a painting and representing its cosmos in one´s mind, enhanced by one´s subjectivity, the viewer is painting that piece in his or her mind before even looking at the classical painting itself.

The collection of artworks replicates a private garden of natural creation, since the spectator, by reading the poem (watering a plant), creates an organic intellectual piece (gives fruit). That is the process of cognitive painting.

In that sense, by representing, this is, not describing, the elements of one pictured piece, Painthical seeks not only to prepare each reader to better embrace the final piece of art, but also to encourage the exhibition of the storytelling. For that reason, Painthical boosts the transition from being a reader to become a viewer.

Each artwork becomes a beacon of collaborative germination, because it requires cognitive interaction to give birth to the final piece; the one portrayed by each spectator. As the artwork remains one, but its cognitive representation varies between readers, each piece replicates a flower in the sense that it gives fruit to different heads/hands while being one physical entity.

Reading a poem about a painting is looking at the painting without being constrained by its proper and definitive shape.

Finally, the coexistence of physical and cognitive pieces allows not only constructive discussions about how to engage with classical art in the 21st century, but also generates the exhibition-oriented paradise where artists and public share a common space of co-creations to the fullest enjoyment of all.