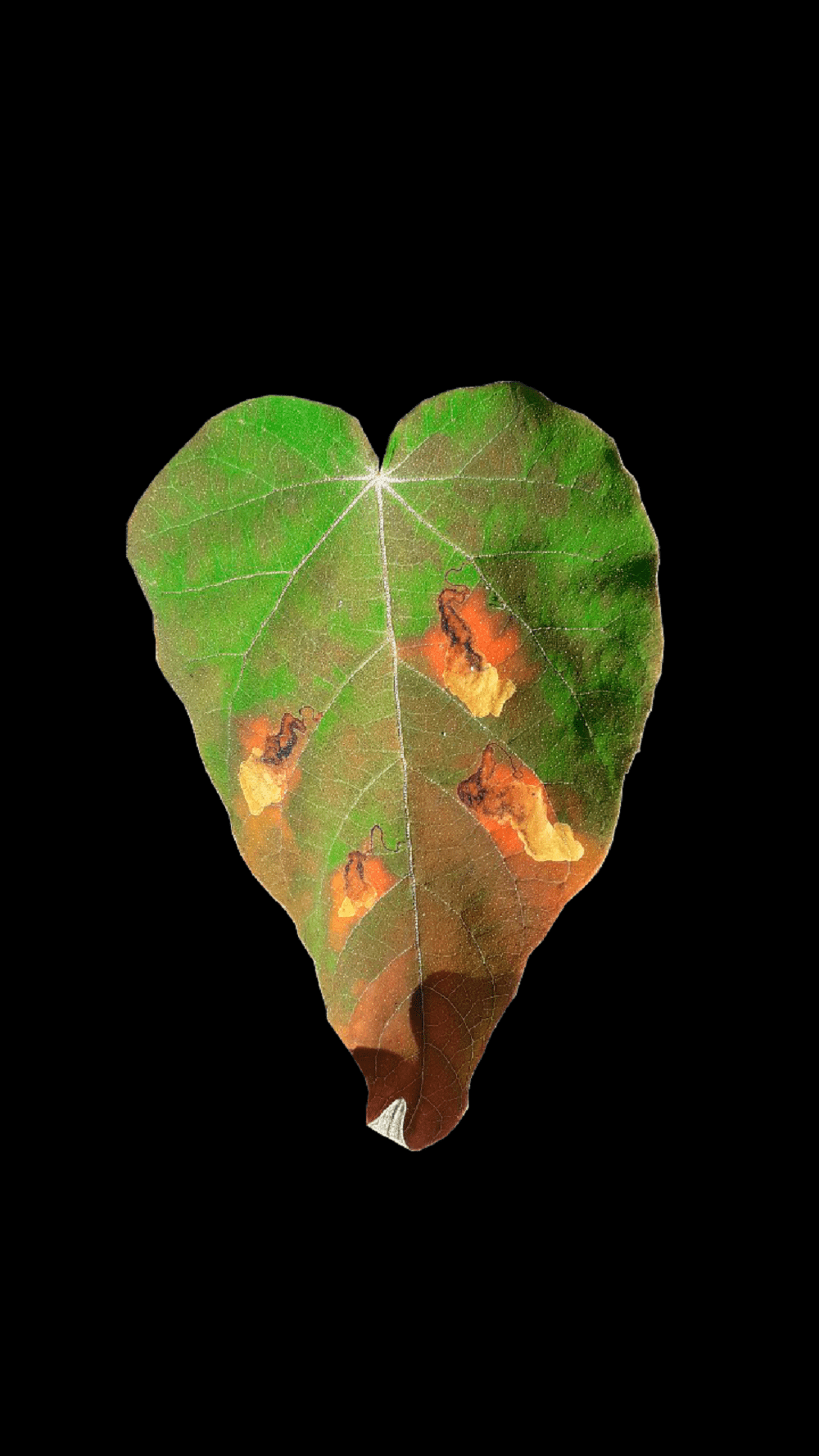 Sangra d’água (“Waterblood”, also known as Dragon’s blood, Croton urucurama) is a riverine plant whose blood is anti-inflammatory and analgesic, besides being ideal in the forestry recomposition of wetlands.

This specimen and I met by the river I inhabit, on the top of an ancient plateau in Central Brazil with an estimated age of 1.8 billion years, between the Whale Mountain and the Golden Valley. The place lays over a huge quartz bed and gives birth to most of the water bodies in the country. The city of High Paradise,
besides Ecotourism, is famous for its mysticism and UFO sightings, being home to an extraterrestrial airport.

In the last years its native Savannas have been suffering from aggressive fires, intensified by rising
temperatures, strong wind and long-lasting droughts. The biome has also been increasingly deforested by monoculture farmers (mostly soy) who also raise cattle as commodity and use fire or chains tied to tractors to clean the lands.

Translated through the lens of archaeobotanical fitomancy, the encounter with this leaf shows us the future of the continents. A sort of reverse geoengineering takes place as the planet melts in flames.