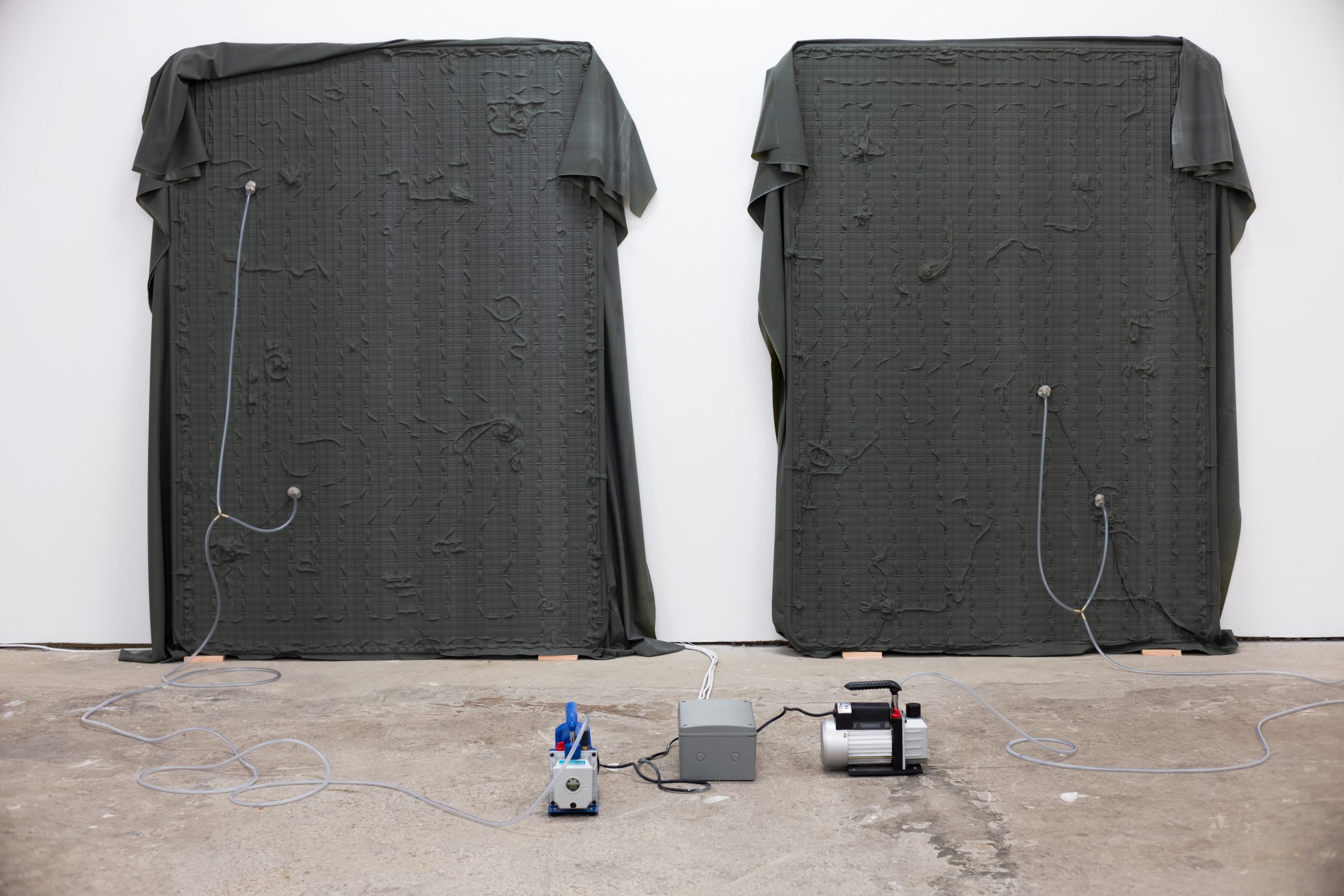 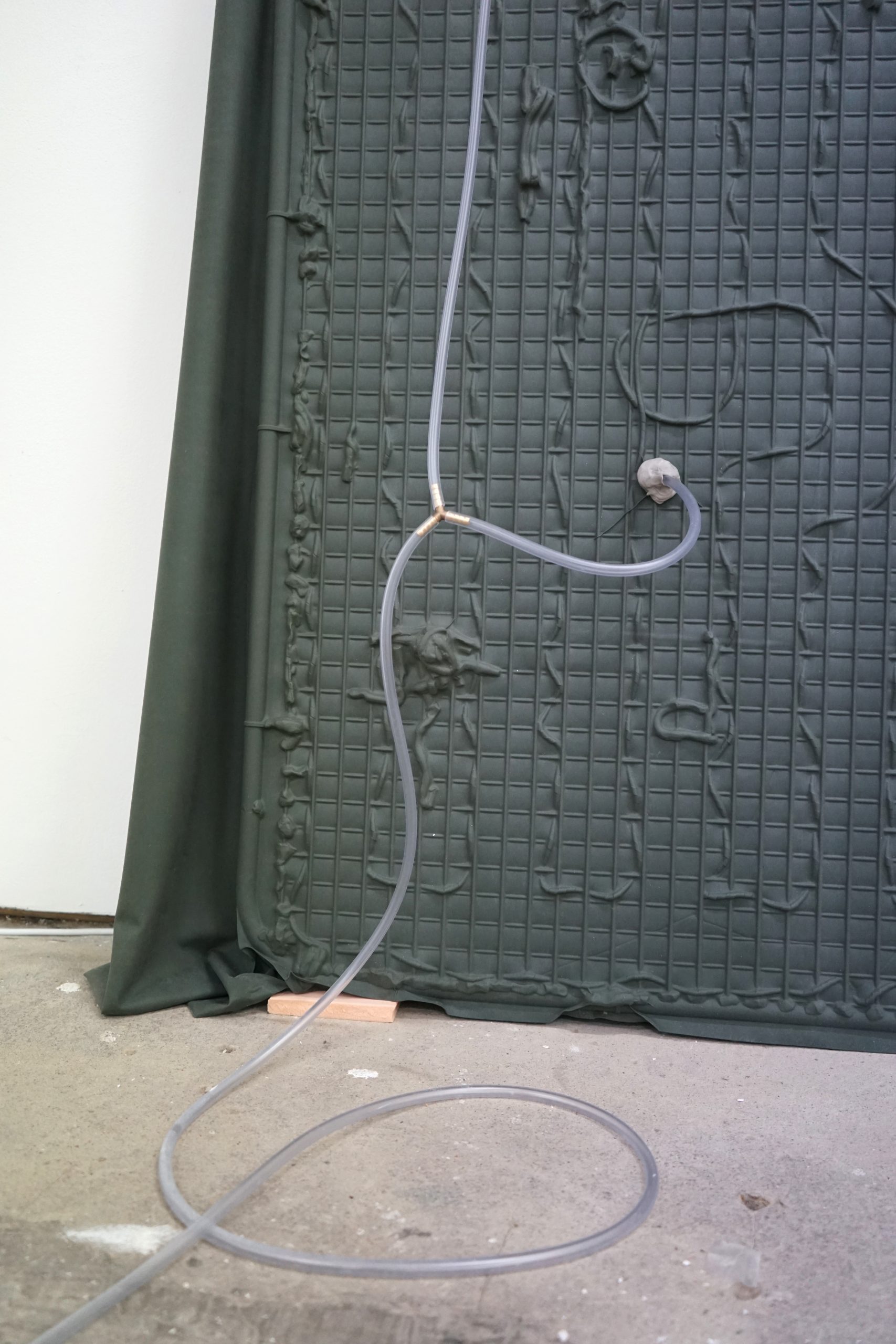 Work description:
The work Phantom Feelings (2019) presents two solid bodies connected to vacuum compressors. Various materials interacting as a system, covered by an olive green skin (made from latex) which is showing traces and imprints of an anonymous inside.

I could also imagine to create a side specific piece for the show. The shapes of the pieces are variable, they could be also free standing objects in the exhibition space.