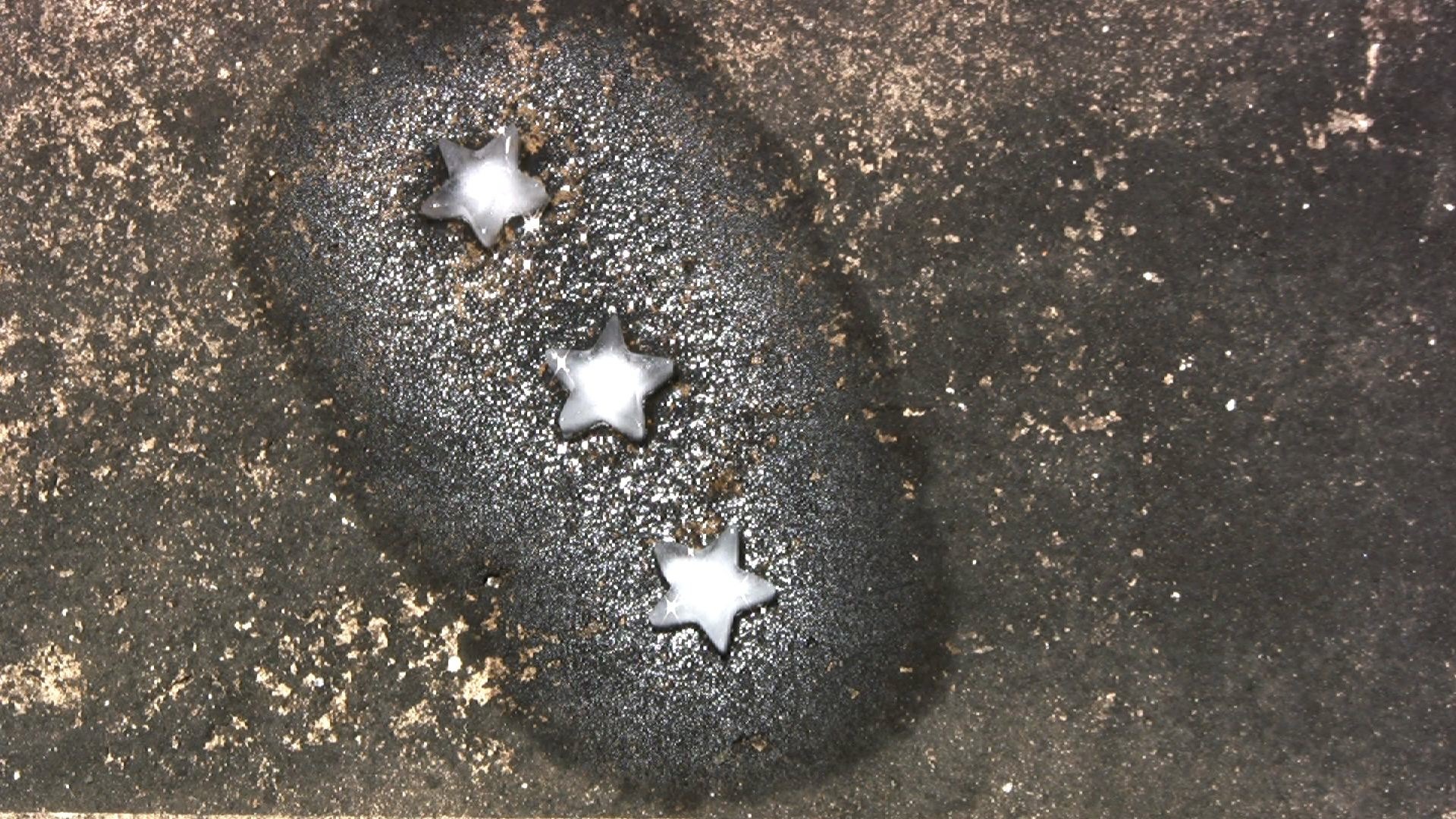 Growing up on a small island with little light pollution, the sky was filled with stars. As a teenager, Orion’s Belt was my point of reference to mapping the night sky as well as the reference to mapping myself in my environment – the beginnings of understanding my relation to the world. Living abroad, I must remap myself both psychically and physically every time I return to Barbados. The single shot of melting star ice-cubes references this baring of the body and soul to the elements, as a metaphor for the re-adaptation to a different culture and environment.

A paradox lies within the tempo of this work. Appearing slow and tranquil, the stars gradually change state from ice to water, or straight to vapour. Yet the work is filmed in real time. Under the intense tropical sun, ice evaporates in under 9 minutes. Confounding time, what appears slow is, in fact, rapid. The star ice-cubes’ capacity to change state demonstrates the possibility of altering meaning with context while illustrating an always changing perception of reality. Ultimately the process points to fragility and resilience.