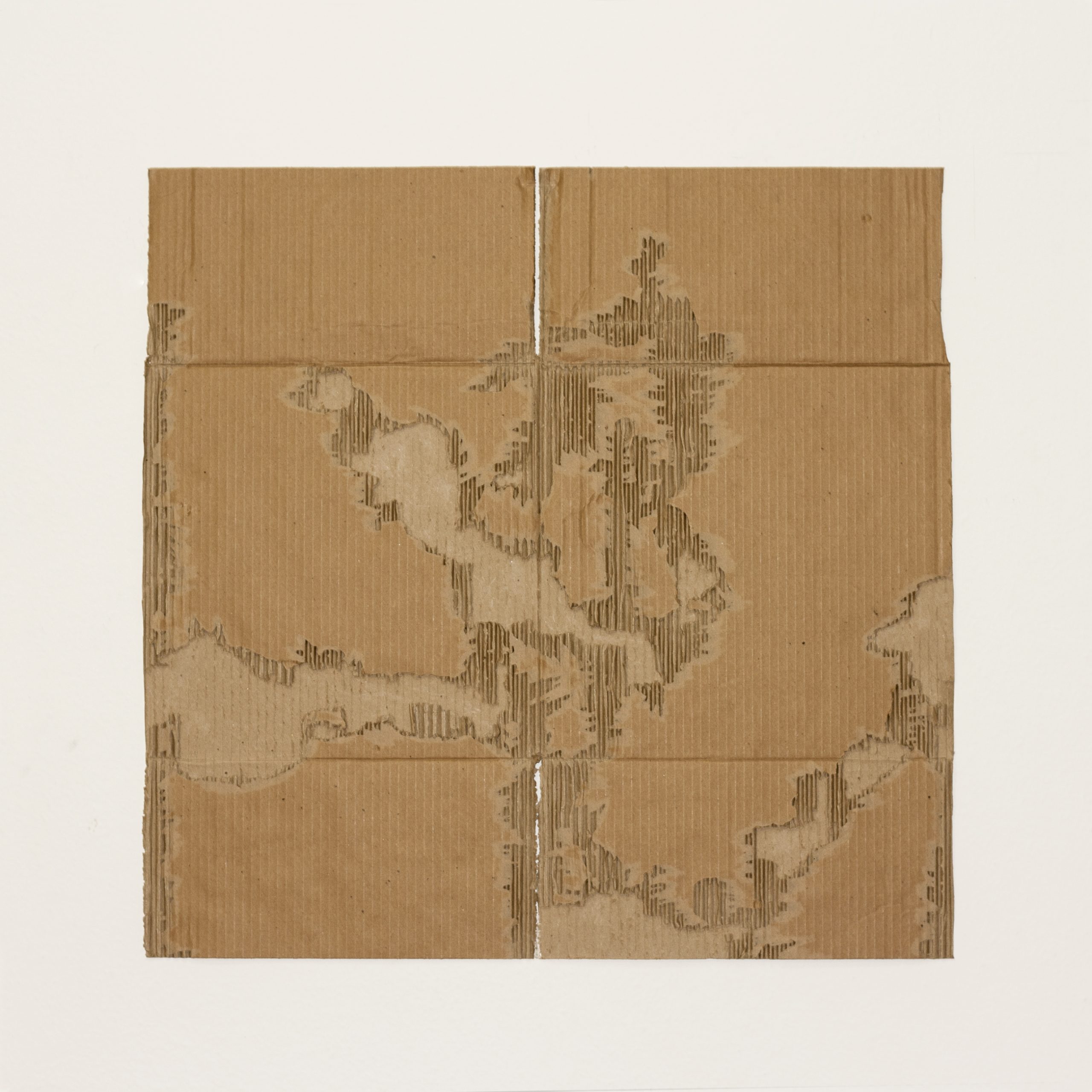 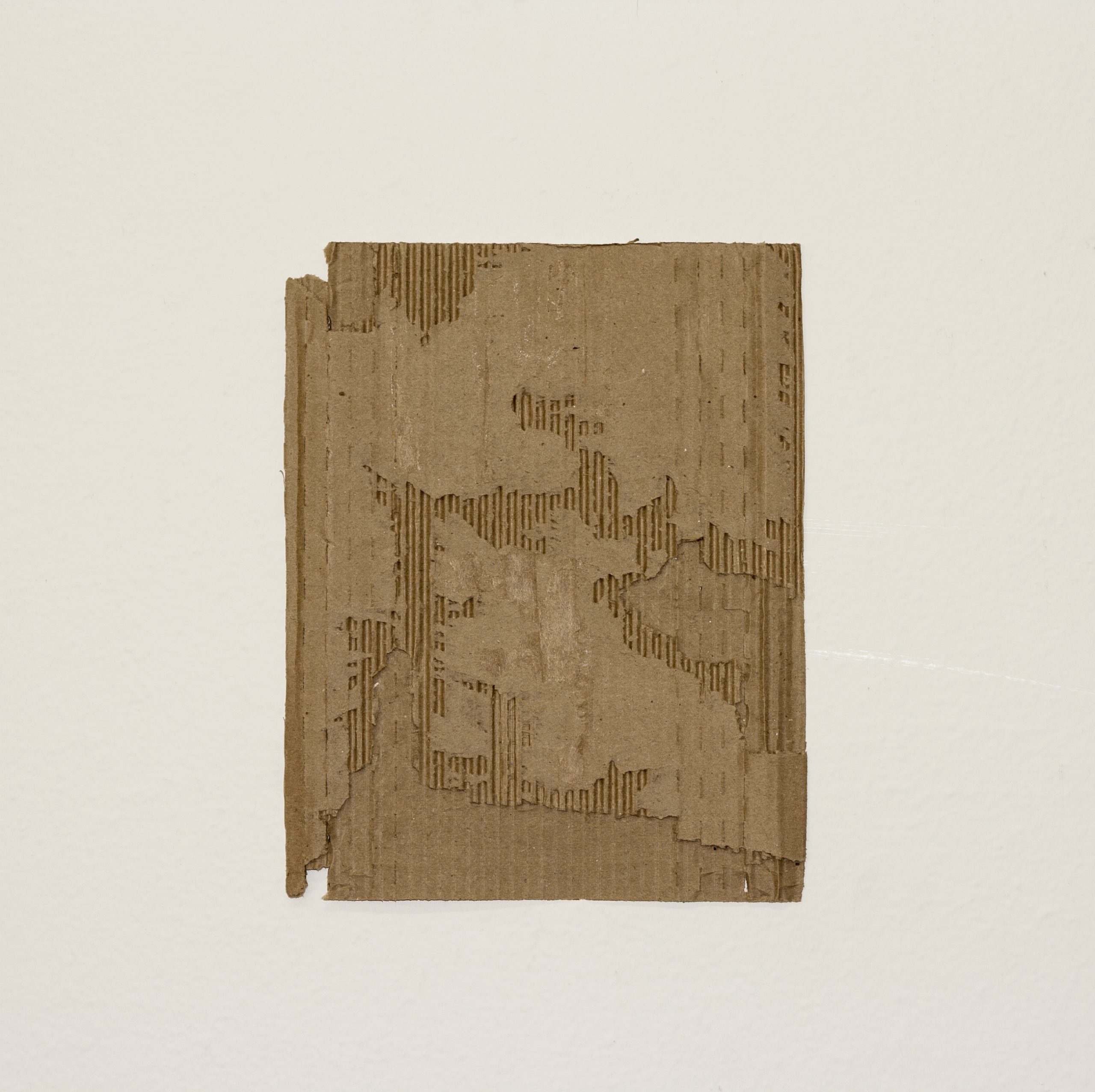 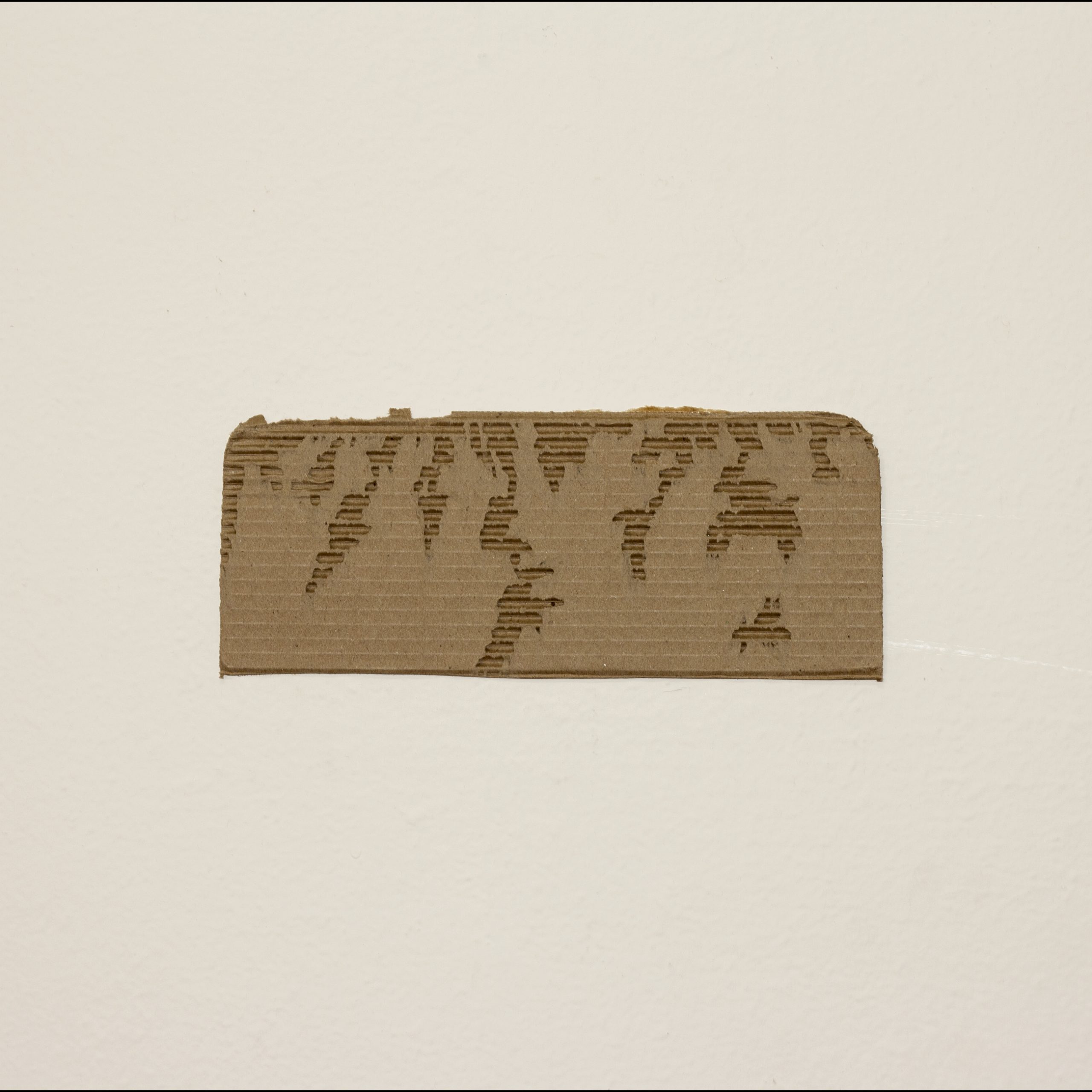 Using unpredictable gestures as a work method, I tried to replicate the cardboard box’s journey by undressing its layers. The purpose was to play with the meaning of the artwork’s support by working directly on the cardboard’s surface. While withdrawing the cardboard, new irregular paths emerged.

Then I began to see through and underneath this corporeality. I found in the materiality of the box a sense of displacement. Like flesh, this box is both shelf and shelter. It usually carries something inside itself: it can be a temporary home or a grave. But the fact is that its structures express movement and mapping. In its skin, warn signs indicates how much care is needed to transport it, and glued labels inform about sender and receiver, which turns its own body a representation of the journey itself.

The precarity and subtle act of peel the cardboard revealed unique compositions and pointed to another world: a forgotten place where traces of strange creatures migrate in a permanent and invisible existence.