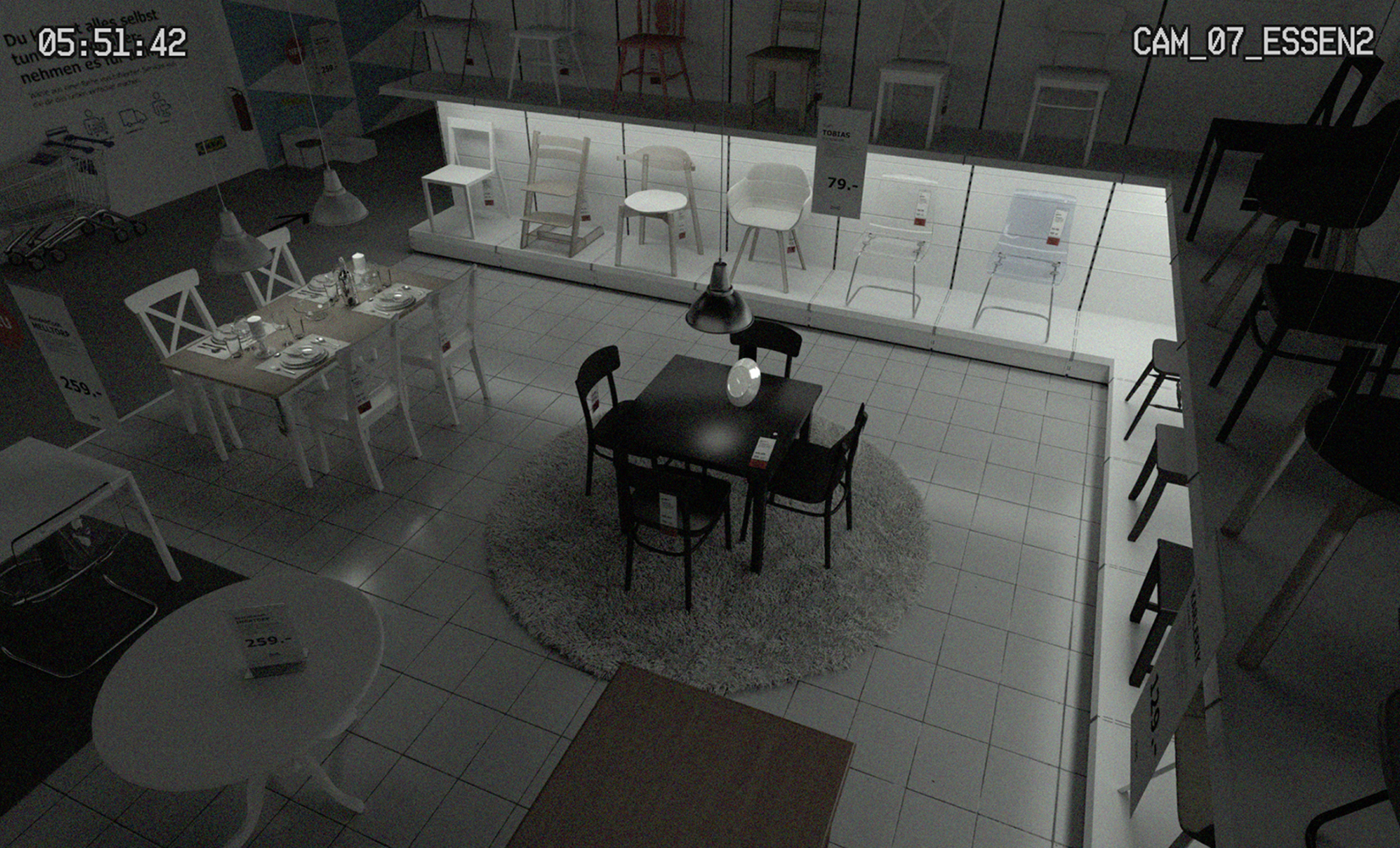 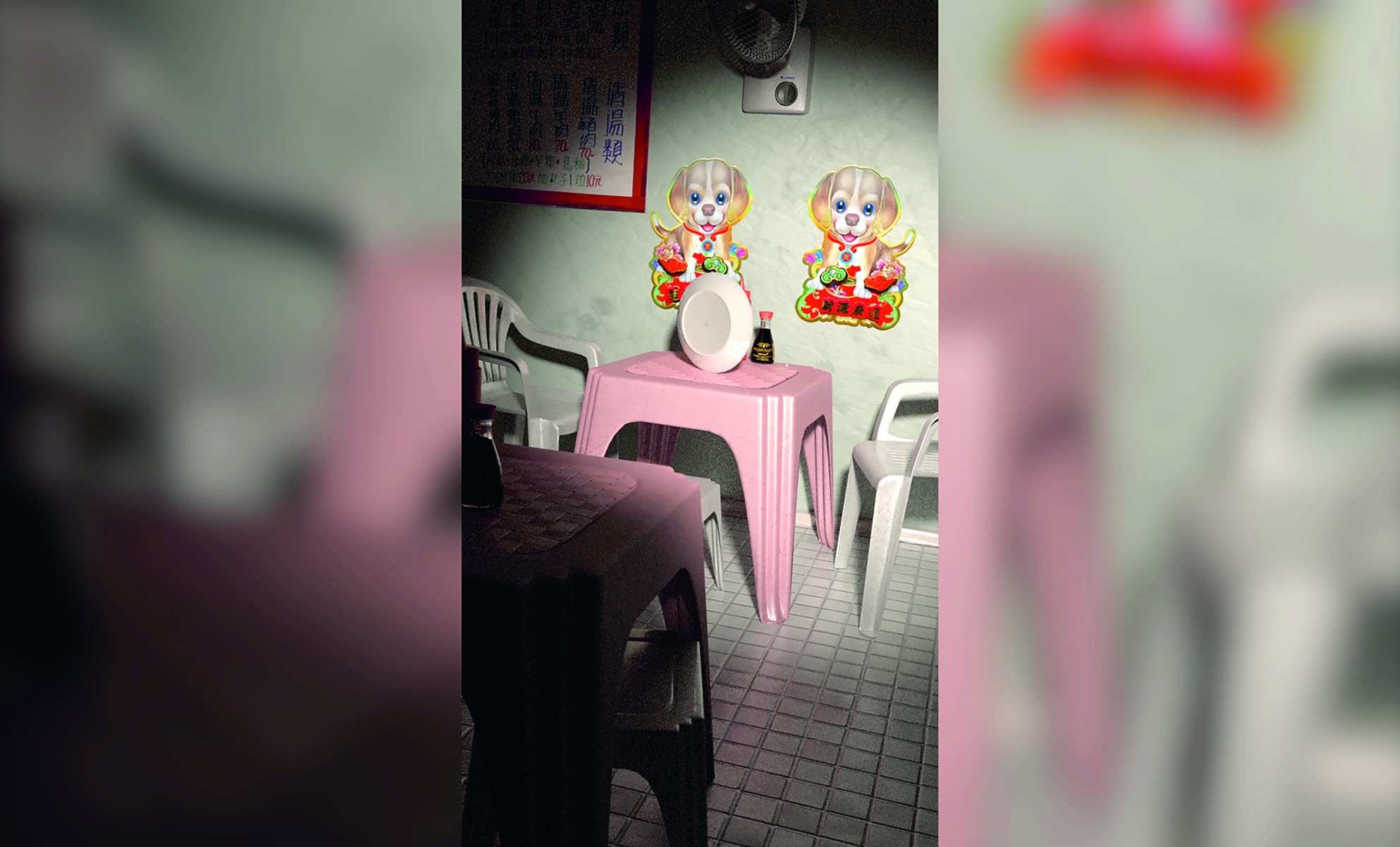 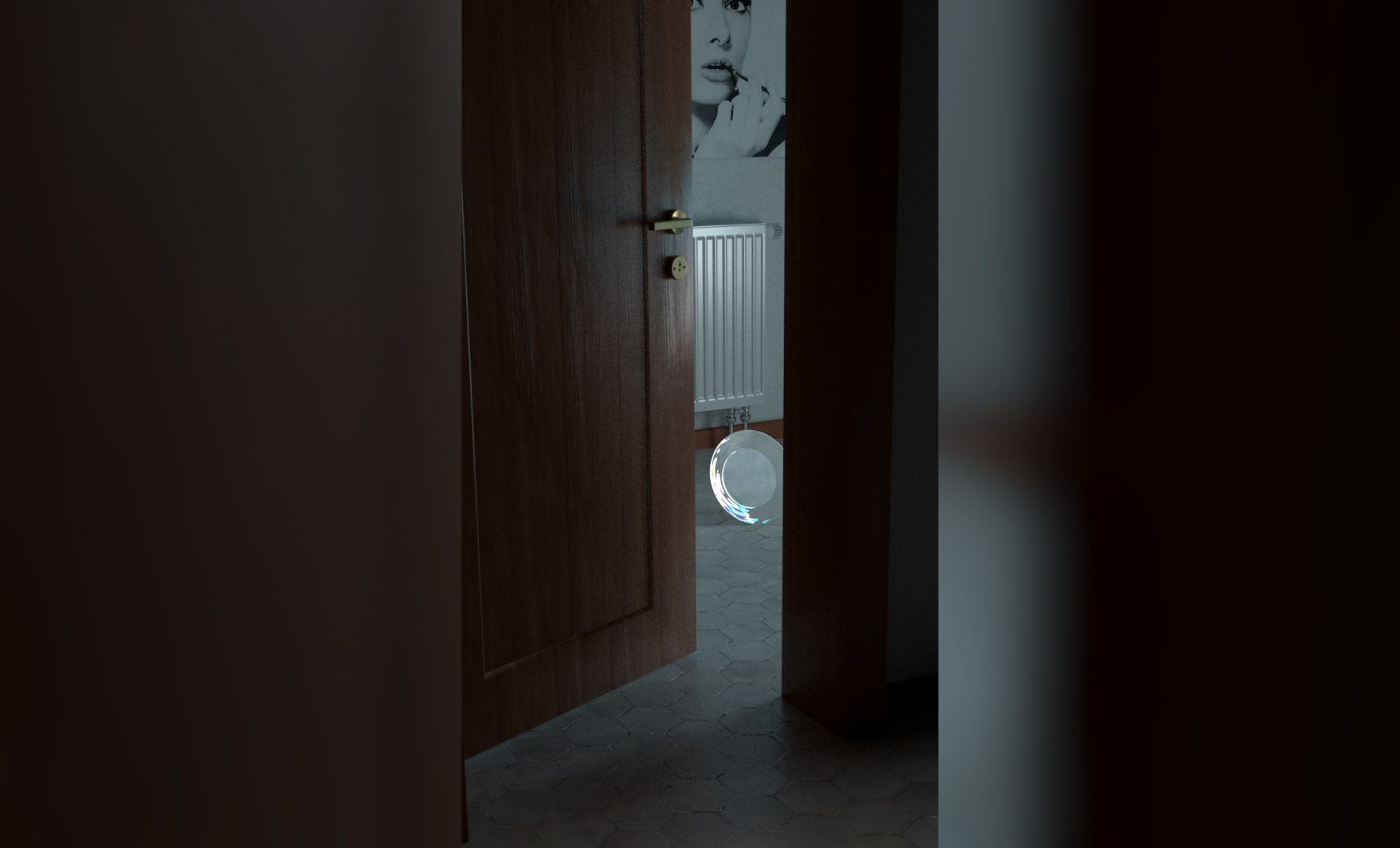 Nighttime. A plate is rotating around its own axis ­without tipping over. ­Several people around the world dis­cover the ­mysterious incident and film it with their mobile ­devices. They comment on it in their respective languages. The work explores the spec­ulative ­potential of ­computer ­generated images. All ­scenes were ­built, ­textured and ­rendered with 3D Software. The work deals with an ever ­altering image­ ­reality surrounding us (a Silent Revolution). The rendered image has emancipated itself from the physical world, however it's disguised as a photograph and comes with evidential qualities for something 'real.'