Texture Gaps: The Semiotics of the Pandemic in Warsaw’s Urban Spaces. 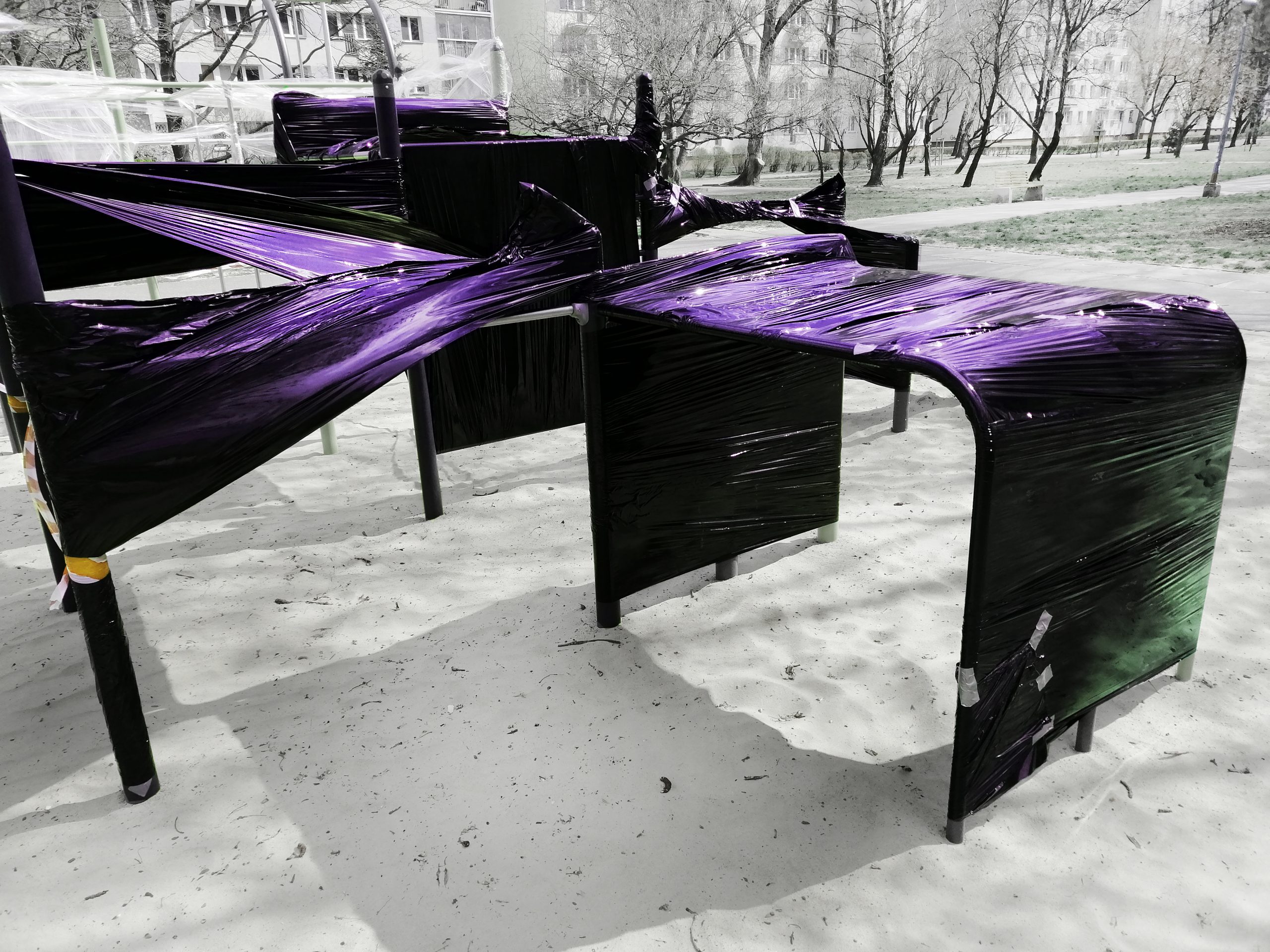 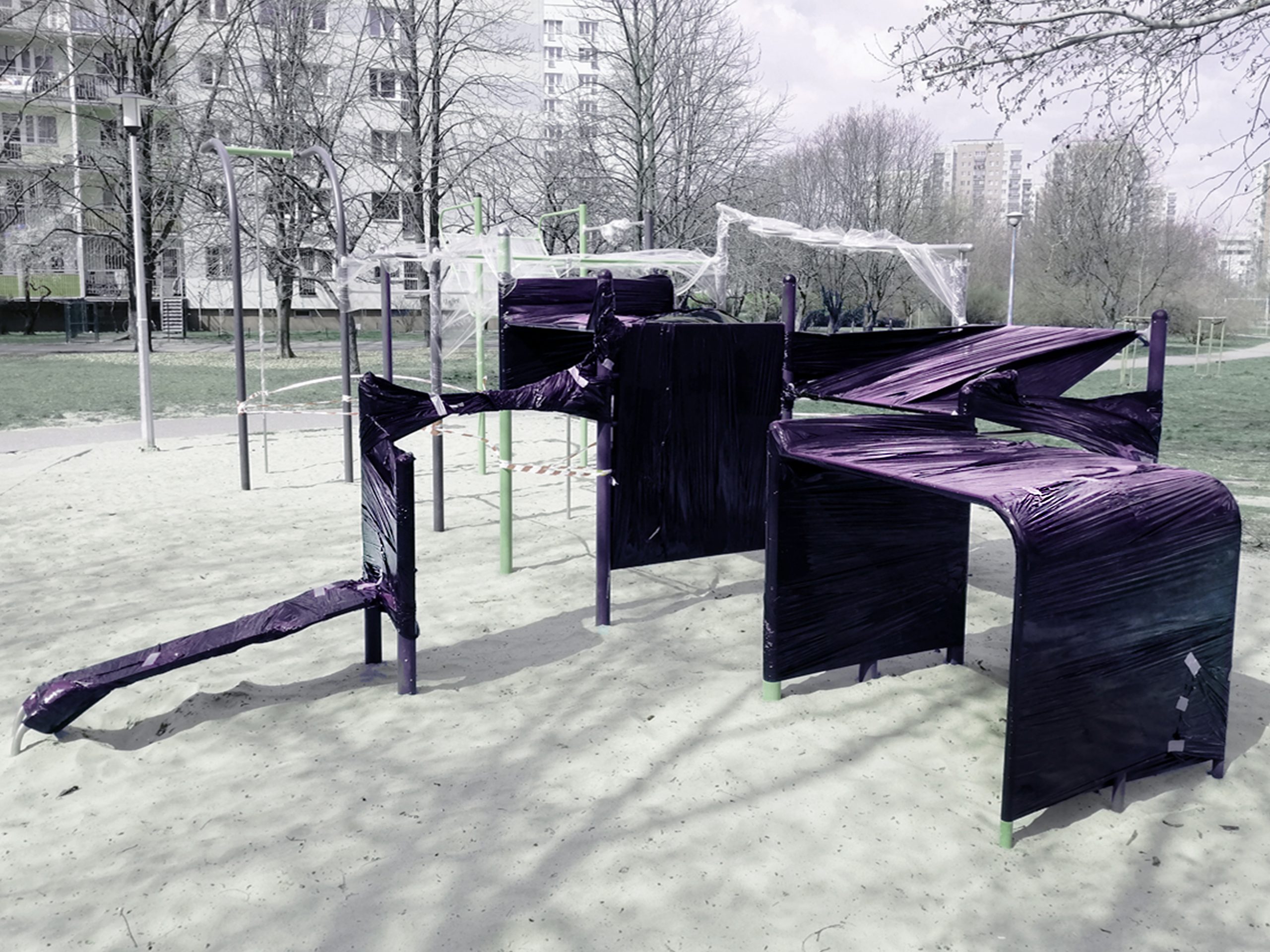 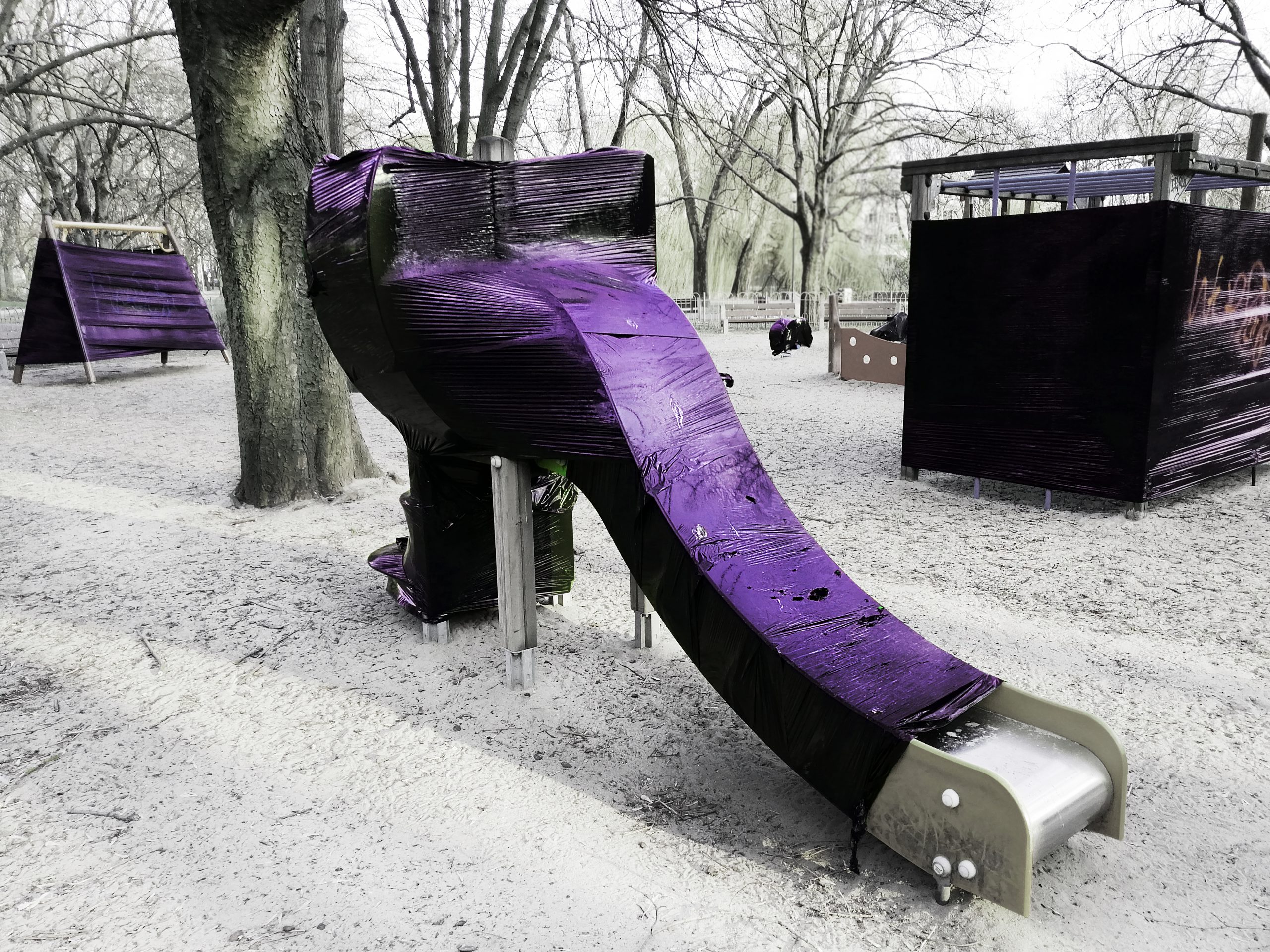 Perhaps it's natural that the first instinctive reaction to the new tactile taboos was to fantasize about Foucault in a leather jacket. Forced capture of the body in relations with power, the economy of paused rights, and the restriction of moving strategies cause a strong sense of claustrophobia that resonates with the categories of biopolitics. On the other side of a modern solidarity there is outrage worthy of the descendants of the founders of European civilization.

When the ancient Greeks formed a boundary between the private space of hearth and home (idion, Greek: iδiov) and a common interaction in public life (koinon, Greek: κοινόν), they were guided by the understanding that without the right to privacy a person is not amenable to localization in the world and cannot participate in its affairs. Hence, the public was viewed as a place of realization of human potential, and the lack of access to public life was perceived as an inferior existence.

One of the first steps taken by the Warsaw City Council in response to the pandemic was putting on black cellophane tapes that restricted tactile interaction and use of playgrounds. Hundreds of dark silhouettes of swings and carousels have become holes in urban areas of the city, creating magnetic gaps in the texture of an everyday sight.

The long-term separation from public participation and social construction strengthens and intensifies the observer's sensitivity. Almost every day in March 2020, during a short walk to the grocery, I documented the following changes that seemed to happen with particular intensity as the public space was left without human attention and permission to participate in its modeling. The recording of urban transformations with the medium of photography made it possible to establish contact with the untouchable objects and to capture an aura of temporary limitations.

It was a very rare experience to face such intense, synchronous and semantically uniform changes throughout the city that announced the same message with one voice: keep a distance, limit the contact, stay at home. At the same time, the emotional expressiveness of mysterious silhouettes seemed to separate beyond their practical function into an independent, personal message. Like a texture gaps in the cityscape, they brought documentary evidence of a “world on pause”.

Regardless of the reason for these urban transformations, they certainly had methodological perspectives. Because when it comes to Architecture, the most important thing is not the form itself, but the entrance into the void, from which a view of the surrounding world opens up.