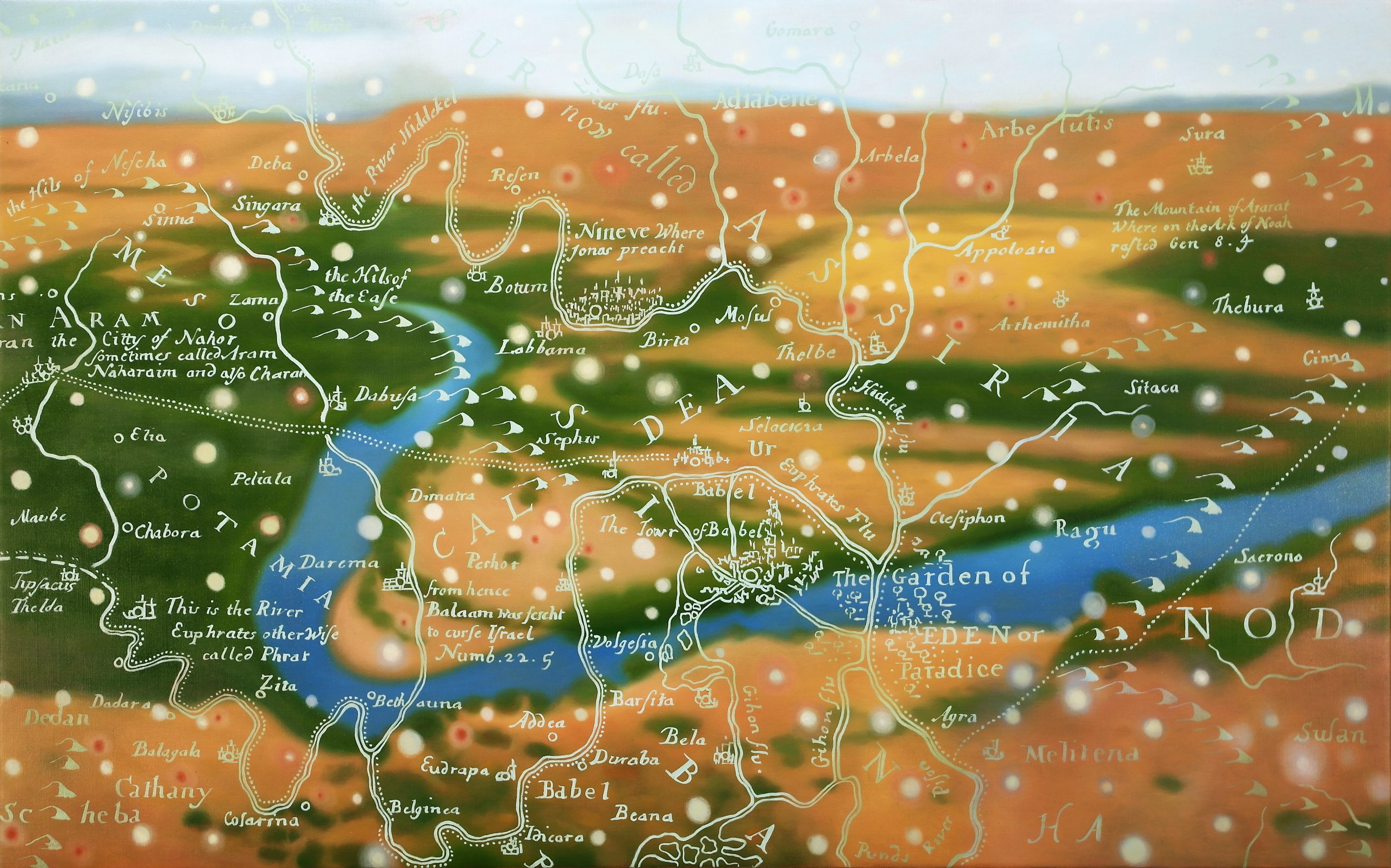 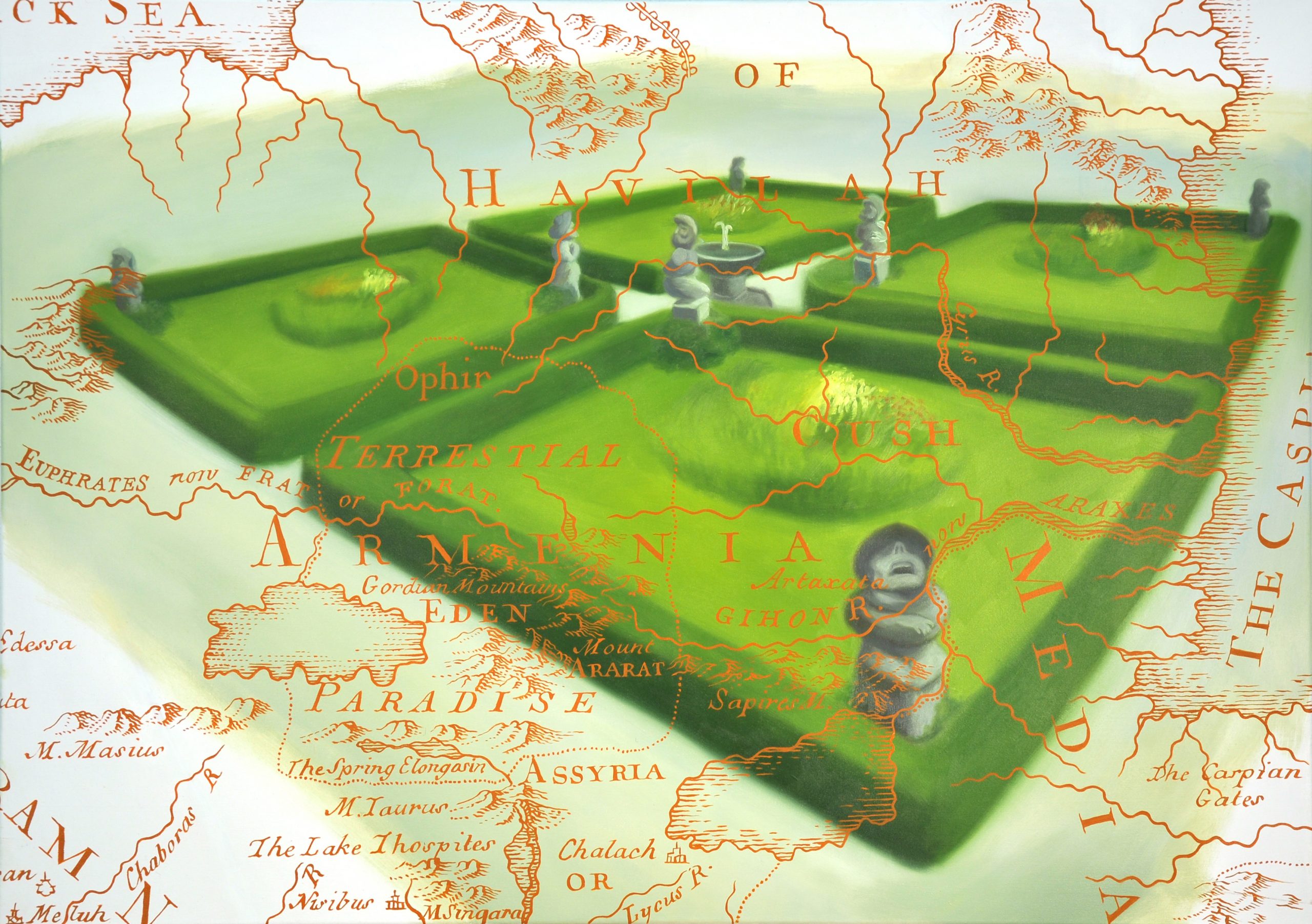 We see here a paradise-like landscape and a map that reveals itself to be a representation of the biblical world. On this map, the garden of Eden is located between the Tigris and Euphrates rivers in the ancient land of Babylon.

The landscape depicted is that of a landscape in this region – modern day Iraq. This area is today, however, anything but paradise, after years of bombings, giftgas attacks, murder and displacement. The dots represent these bombings.

This painting also has several layers. We see an enclosed garden, a 'hortus conclusus', the kind of garden found around castles or palaces and considered a representation of the garden of paradise in the middle ages – a protected space, orderly and pure. There are figures in this garden, however, sculptures based on the illustrations of Jaques Callot. These figures represent hunchbacks, beggars, dwarfs and drinkers in the tradition of the court jester. Such figures were considered fashionable at the time, but today they are offensive and cast a dubious light on this concept of paradise.

Again there is an ancient map superimposed over the image, one of many purporting to show the true location of Eden. In this case it is in Armenia.