The Warmth of a Seat 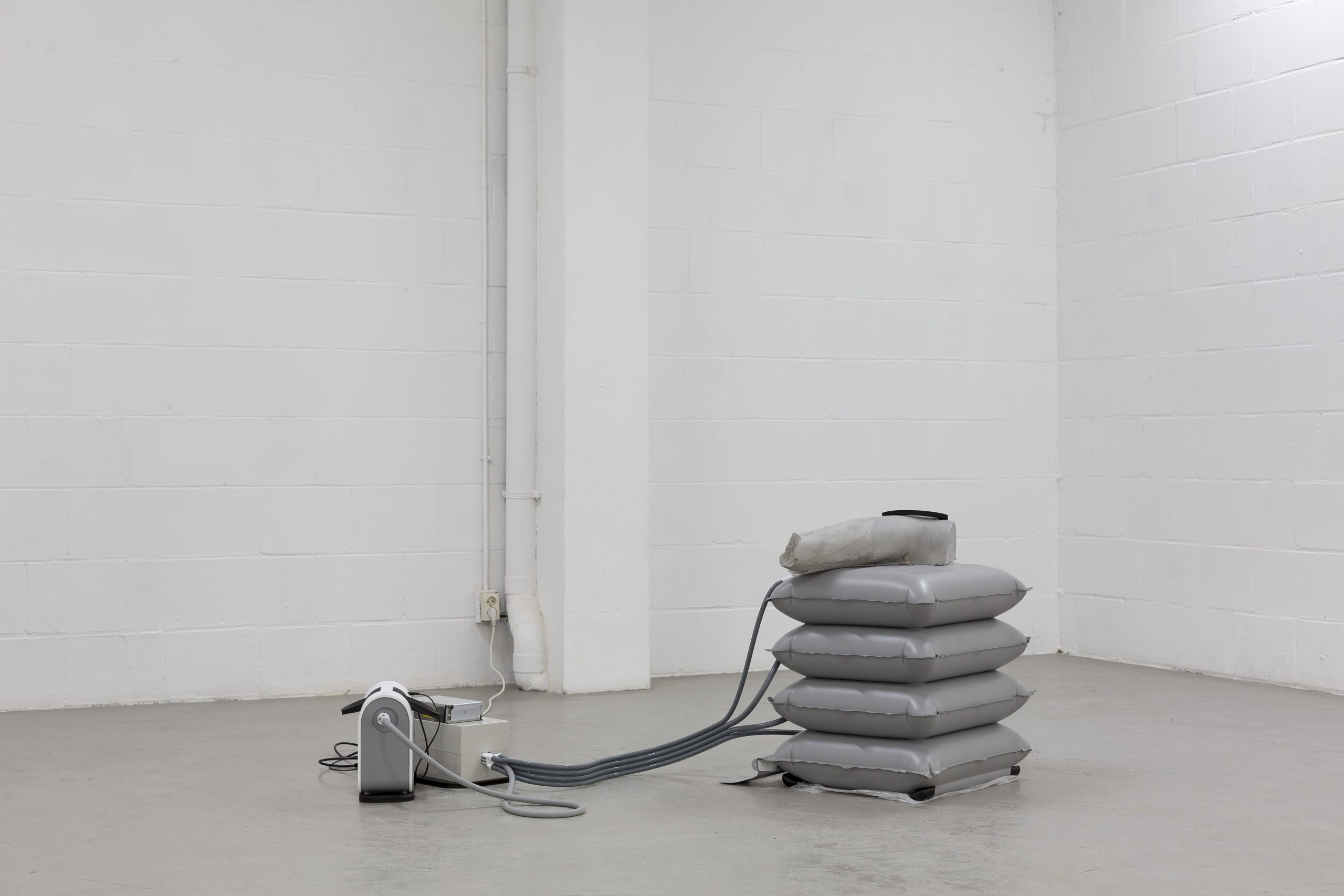 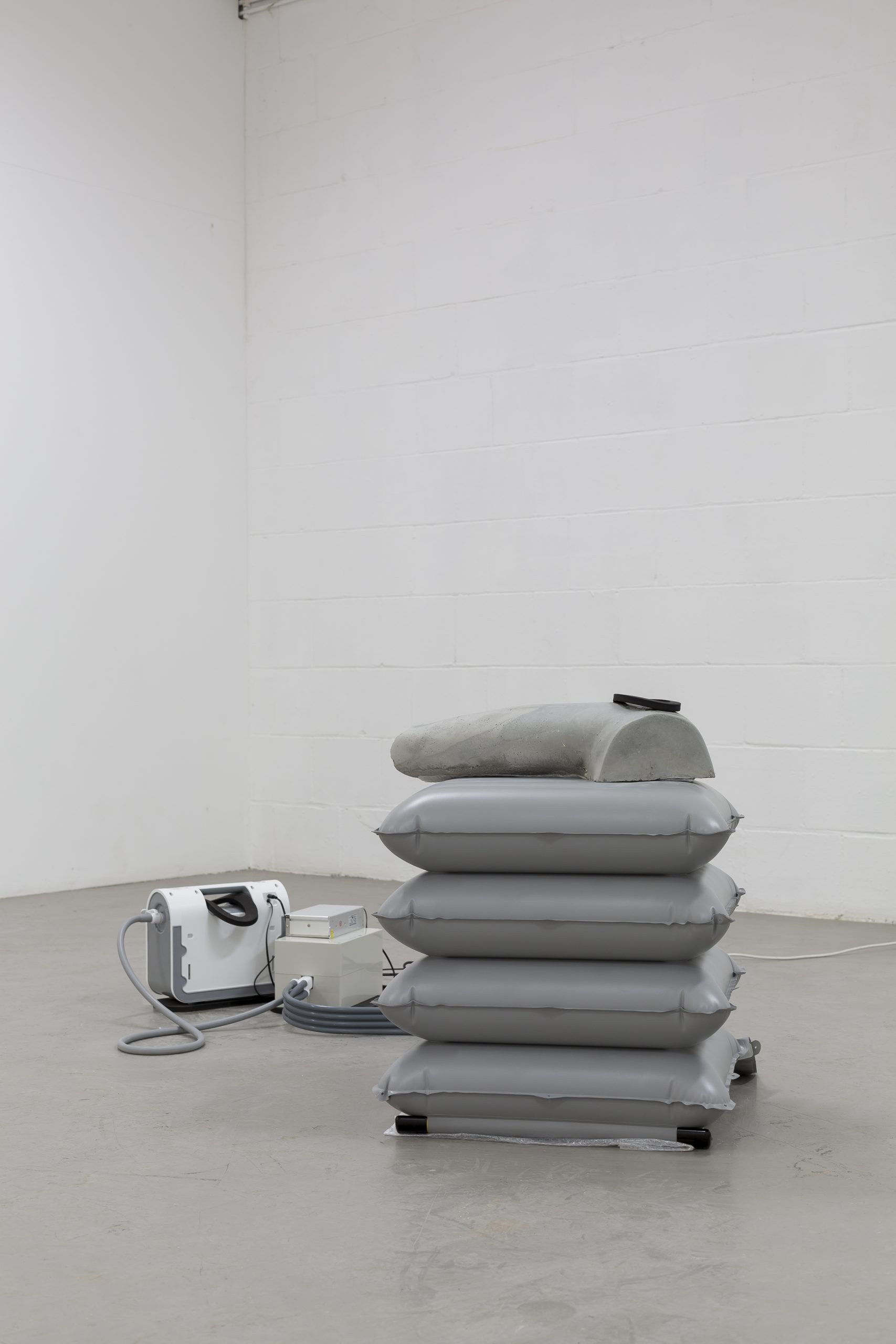 The Warmth of a Seat, 2018
Lifting cushion, compressor, concrete cast, arduino
The warmth of a seat is an installation with a concrete cast from an upper leg and a lifting cushion which is normally in use in ambulances. The compressor is controlled by an Arduino chip. Throughout the exhibition the cushion is getting slowly inflated and deflated, so that the leg cast is getting moved up and sinking down.

The title of this work ‘The warmth of a Seat’ is an example for Duchamp’s term ‘Infrathin’. This term describes something between two states of being. For example between the human and the object, like the warmth of a seat (which has just/been left).