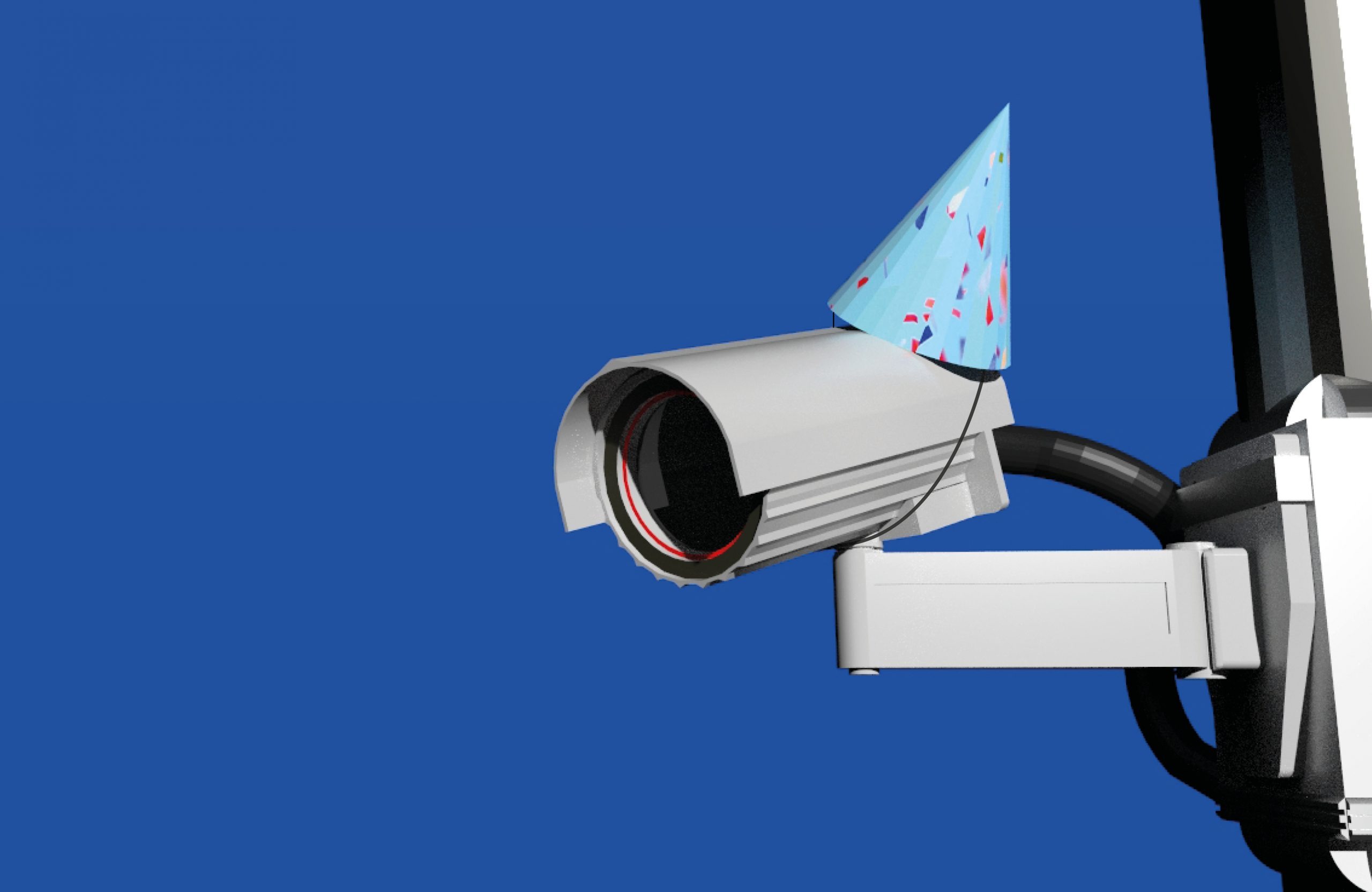 A camera with a party hat, or even :

“270. A catalog lists the reinventions: discoveries made again, by men who are wrongly convinced to be the first.”
“If I say ‘Proust and the music’, we are going to talk about a part of Proust and a part of the music. We will talk about what they share. If I say “the void is the wind”, we’re going to talk about all the void and all the wind at the same time as what they share. This is a disjunction: it leaves the summoned sets whole. We can therefore see that the intersection – the common space – is also determined by the nature of the intersected sets. With the “Disjunctions”, 1983-1995, I sought to show this, to summon, in the space of the image, the common space without reducing its movement. Today, this common space has almost become untraceable, we have spectacle and identity. In the basic scheme of set theory – two intersected circles – we will be, the day the two circles equal, in a situation of eclipse of sorts. We will no doubt have achieved utopia here: all the common space will be at the same time all the individual space. But we are not there yet. This is precisely why I decided to create pieces that are very strictly intersections. Just to realize what it might look like, this common space. And since in the street, there are bodies and cars, we will intersect the bodies and cars! We’ll see what it looks like. ”
“Everyone has a form or a motive of life. Your daily actions are repetitive, your behavior has its regularities: you get up at approximately the same time and you regularly take the same route to go to work or elsewhere. You frequently meet the same friends in the same places. If you are watched, we can note all your movements and establish a chrono-spatial map of your familiar routes. You can also, by peeling your telephone records, superimpose on this card that of your social network, determine what your personal links are, and, for each one, estimate the relative importance it occupies in your life. As one US Army manual explains: “As the enemy moves from one point to another, reconnaissance or surveillance follows them and records every place and person visited. Connections are thus established between the target, these places, these people, and the “nodes” of the emerging enemy’s network. “Once this double network – that of your places and your ties – has been woven together, we can predict your behavior: if it doesn’t rain, it is likely that on Saturday you will go jogging in such and such a park at such a time. But we may also see suspicious irregularities appear: today, you did not take the same path as usual, you had a meeting in an unusual place. Any deviation from the norm that you yourself have established by your habits, any deviation from the regularities of your past behavior may sound the alarm: something abnormal, and therefore potentially suspicious, is happening. ”