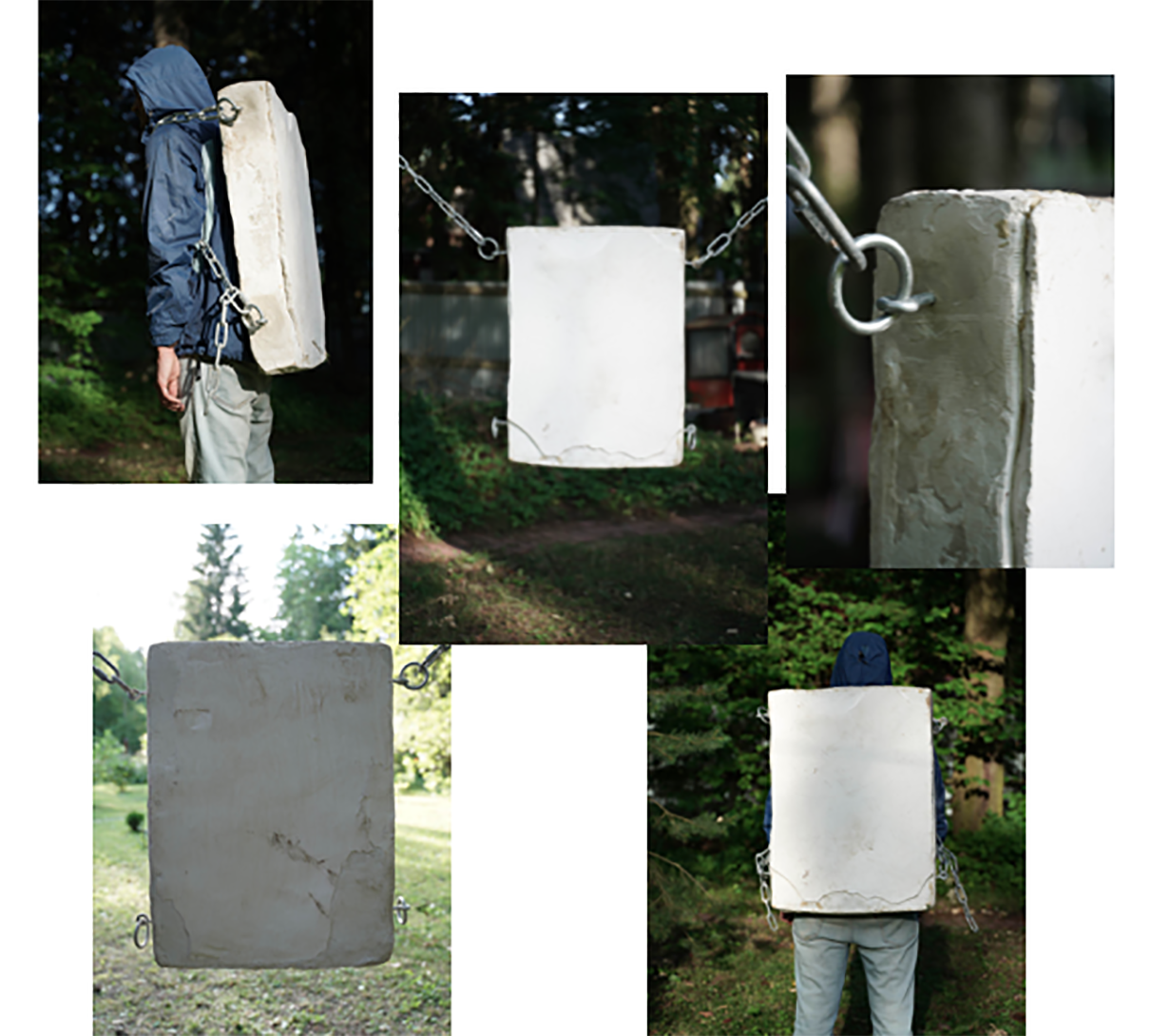 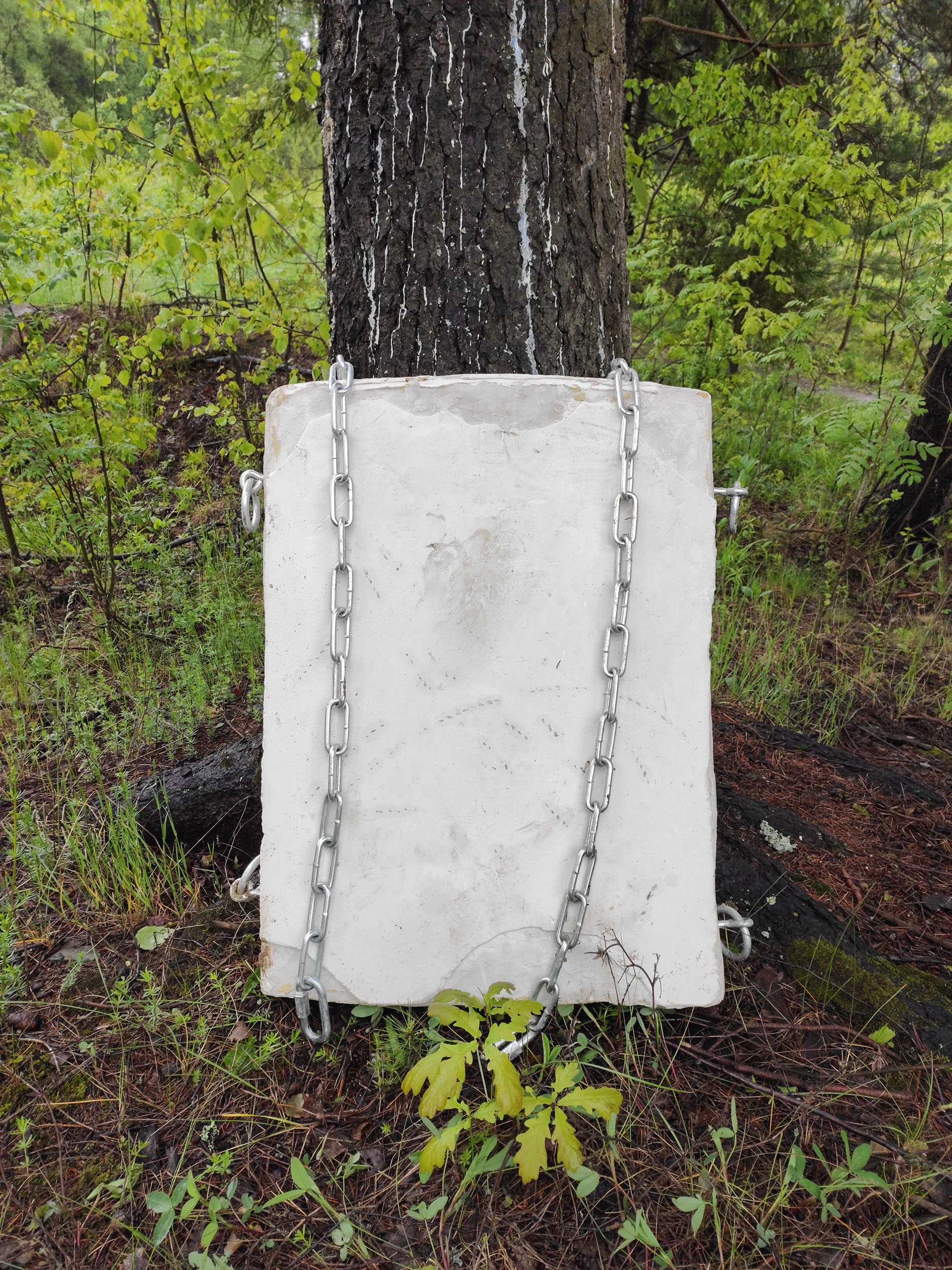 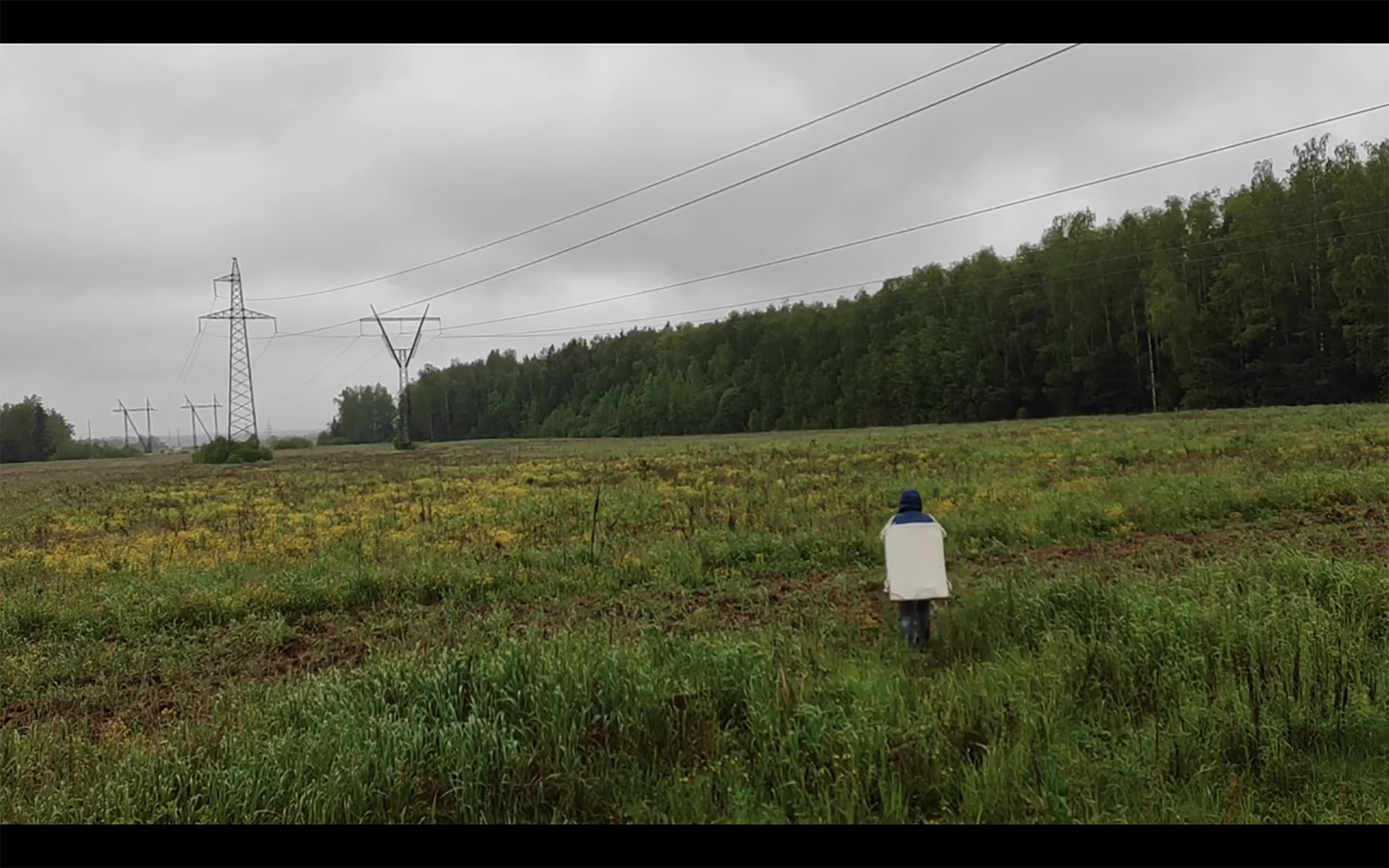 “twenty minute walk or mental dimension” is a part of “All my IP's” work which
research the themes of digitality and control, hidden society and network processes and in some case an attempt to give them volume and physical embodiment.
At some extent this is a documentation and at the same time an anthropological research of humanity during the period when we produce a lot of information which not expressed in the usual volume and dimensions.
Working and researching on this project I came across a theme of control and totality.
Tied to wooden peg by the rope about 100 steps long and carrying on my back slab with chains, I walked around one point in the field for 20 minutes.
At the same time my relatives were in a regime of forced “self-isolation” in the Moscow city with possibility of moving out of home at a distance no more than 100 meters. Later they been watched by "social monitoring" a mobile application which tracks actions and writes out automatic fines.
An interacting practice with artificial object and expression of solidarity and support to all who encountered similar difficulties and confines from controlling
system.