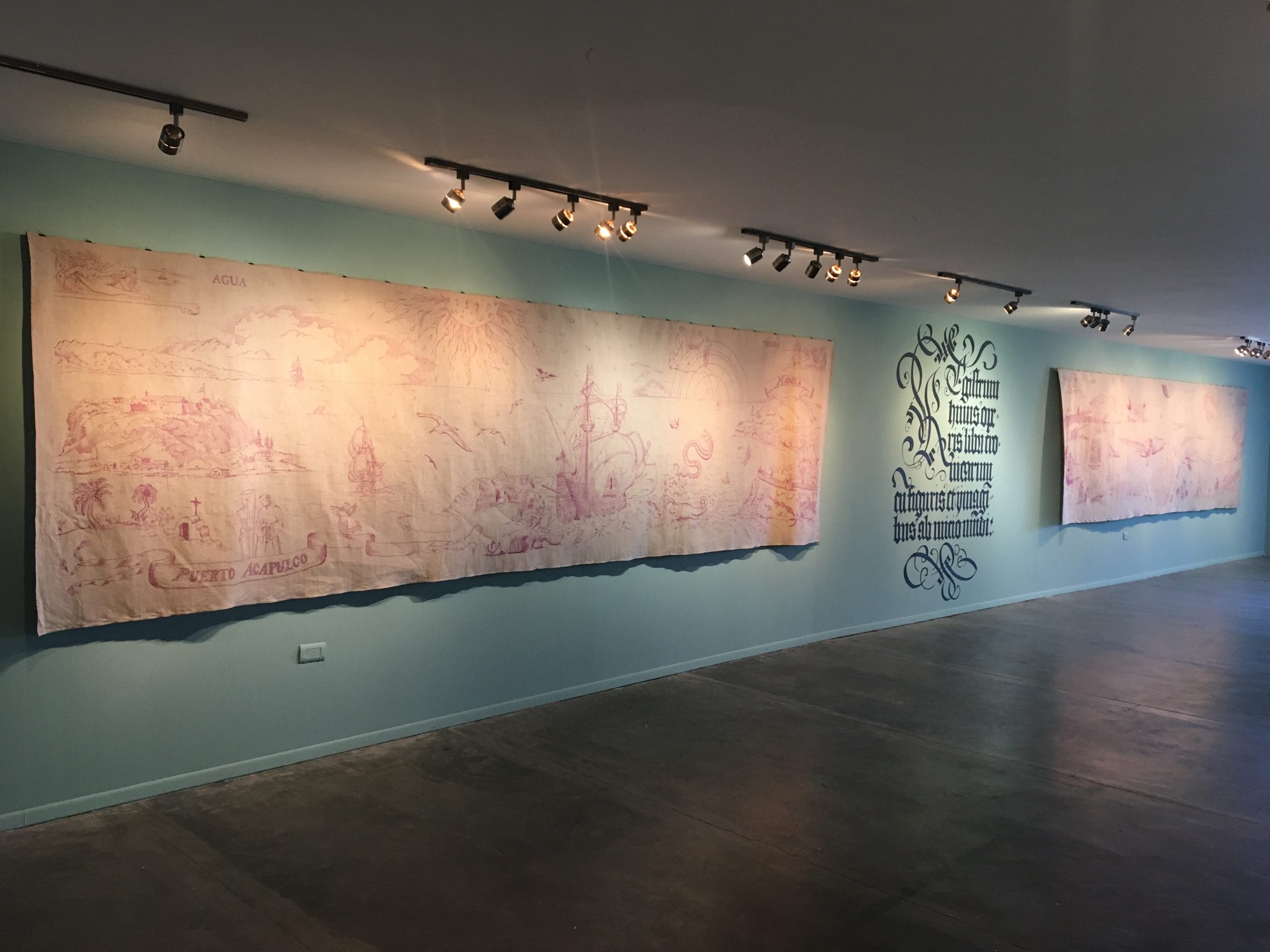 Dulce Chacón, 2018, two linen canvases, 54.3 X 190.9 in. each, drawn with cochineal ink.
Vanitas Portus shows the historical relationship of the ports of Manila and Acapulco through a visual narrative.
This panoramic mural mirrors Manila and Acapulco, two ports that were connected in a period of apogee and that today empathically look at each other in their nadir. The first canvas focuses on the colonial period, the discovery and exploration of new lands and the trade of ideas and materials that circulated via the Acapulco-Manila galleons for over 250 years. The second canvas focuses on the contemporary history of the two ports a period in which their continuos communication is interrupted and the environmental and social decay of each city is notorious. In the case of Manila, the destruction suffered in the WW2 is still part of the present, which has pressing socio -political problems. In Acapulco, decades of old unresolved social tension add to the recent violence fueled by drug trafficking.
These pieces were painted with Mexican cochineal ink, an organic dye that was widely marketed and transported in the Manila galleons but was substitute by synthetic colorants in the nineteenth century, marking in a way the end of early globalization and the beginnig of industrialized world.

The connections between two distant places linked by their colonial past (Manila and Acapulco) are represented within a cartographic landscape that brings together natural elements -earth, water, air, fire- that have been used to develop technological tools such as the ship or the plane. Instruments that have served both for exploration as well as to be weapons of destruction.
These pieces are a recount of 500 years of the history of two ports that have witnessed the colonization and exploitation of natural resources and the human being himself.