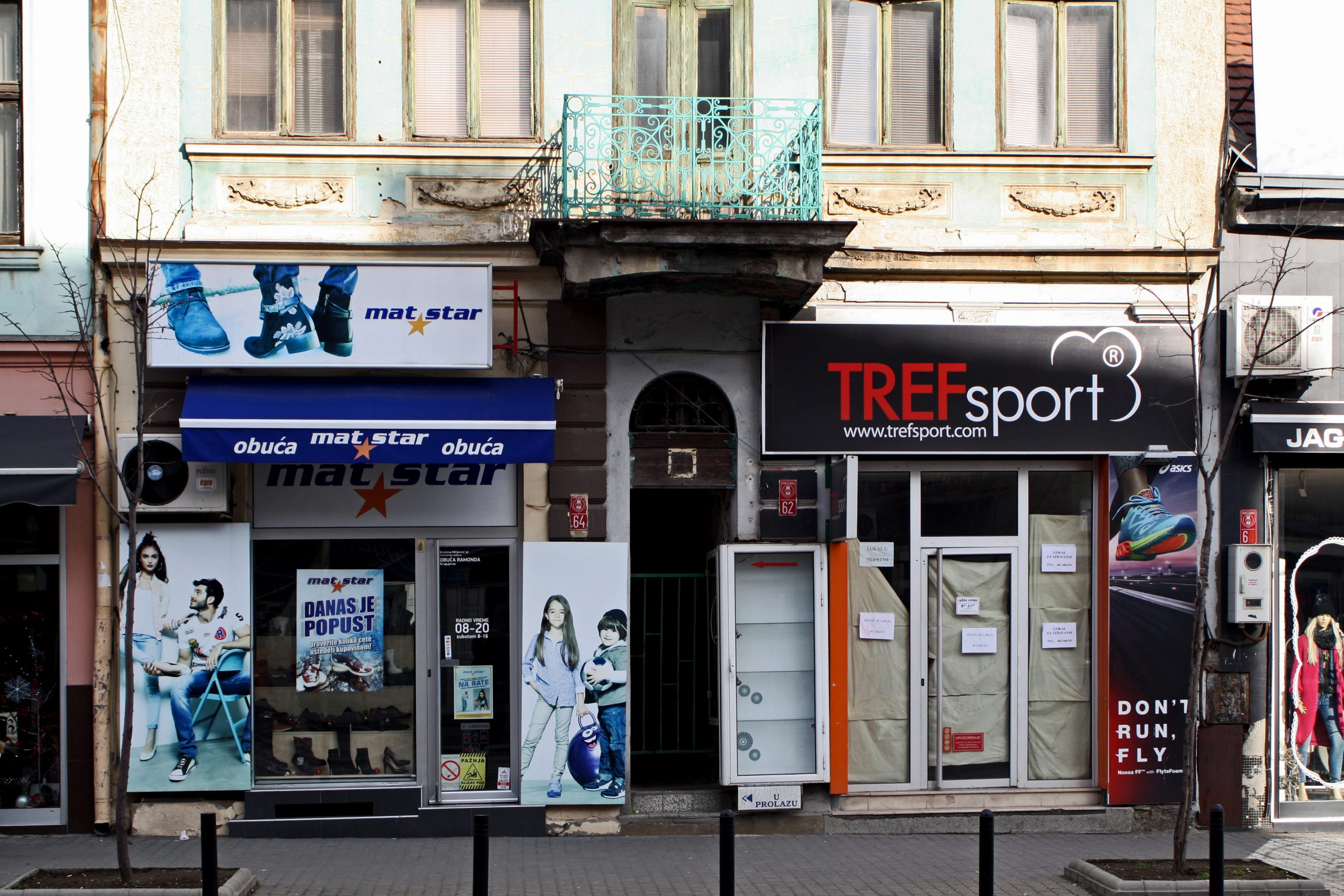 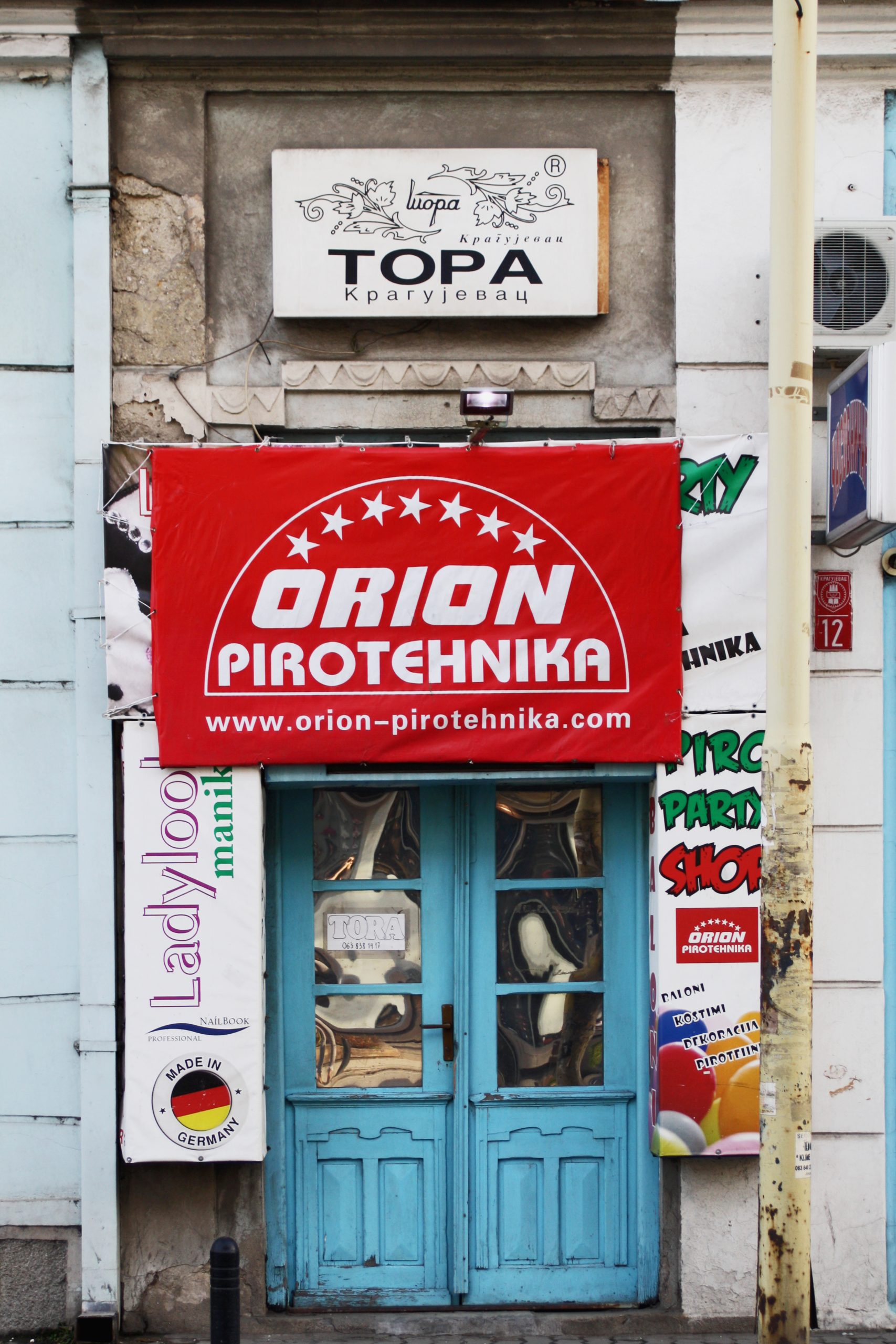 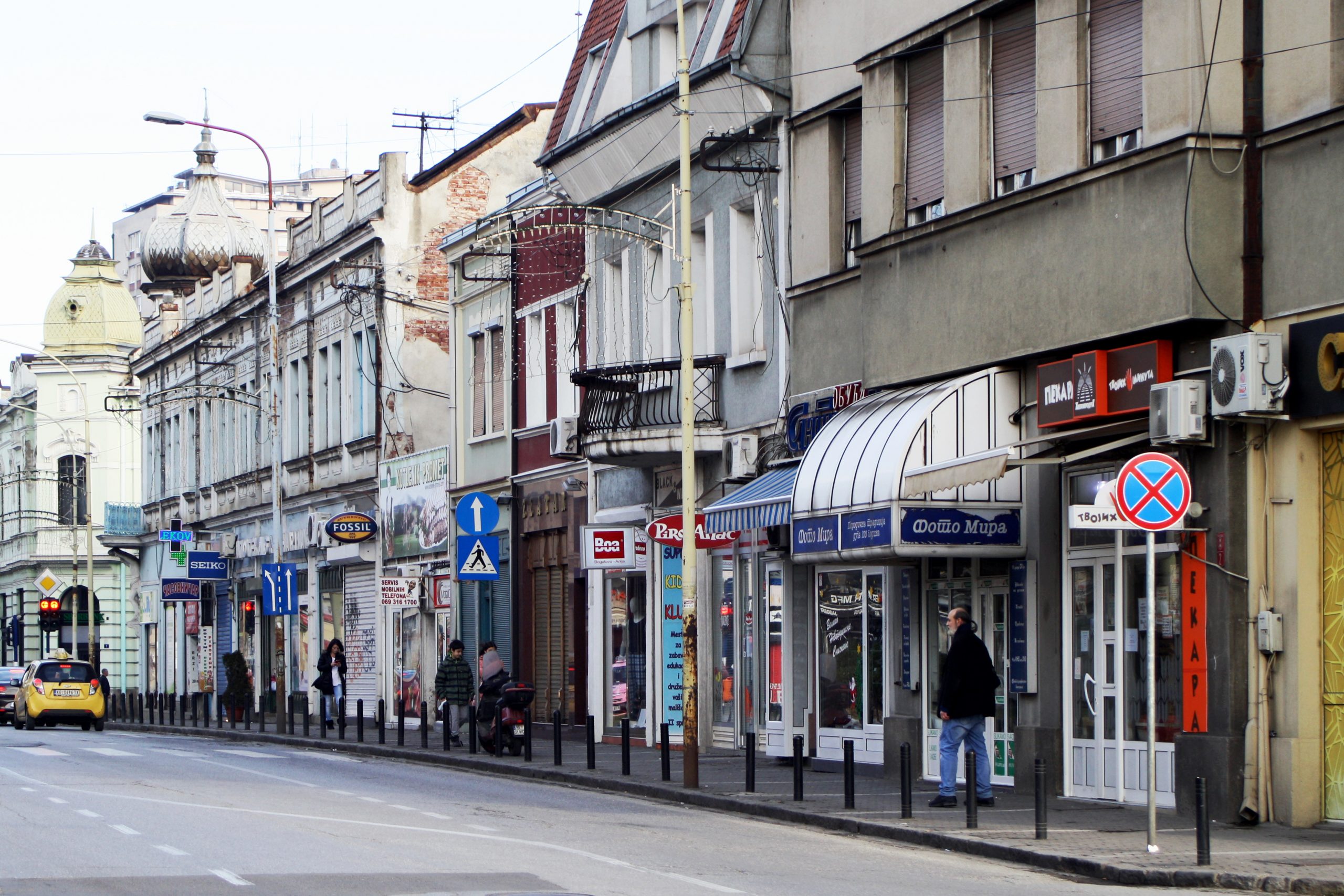 Visual pollution is an aesthetic issue and refers to the impacts of pollution that impair one's ability to enjoy a vista or view. Visual pollution disturbs the visual areas of people by creating harmful changes in the natural environment. Billboards, open storage of trash, antennas, electric wires, buildings, and automobiles are often considered visual pollution. (Wikipedia)
In a global world that strives for mass and hyper-production, we often lose focus from the aesthetically pleasing views that are in our everyday environment. Digitization and production of promotional material of shops in cities, which changed abruptly at the beginning of the 21st century in terms of aesthetics, dictates a different identity of the place. With its conspicuousness, which is reflected both in the color and in the size of the space this material occupies the lower parts of the facade, therefore it interferes with visual observations and disturbs the aesthetics of the place.

The examination of visual management of promotional material within commercial facilities was created as part of the work on the doctoral dissertation " Trade buildings created from the turn of the XIX to the first part of XX centuries in Kragujevac – identity and role of the media''. The photographs taken in this cycle show the trade buildings in Kragujevac (Serbia) and tend to show the problem of incomprehensibility of the aesthetic values of the architecture of the building due to the pollution of the building with promotional material.