Who is afraid of Red, Yellow and Blue (My world order) 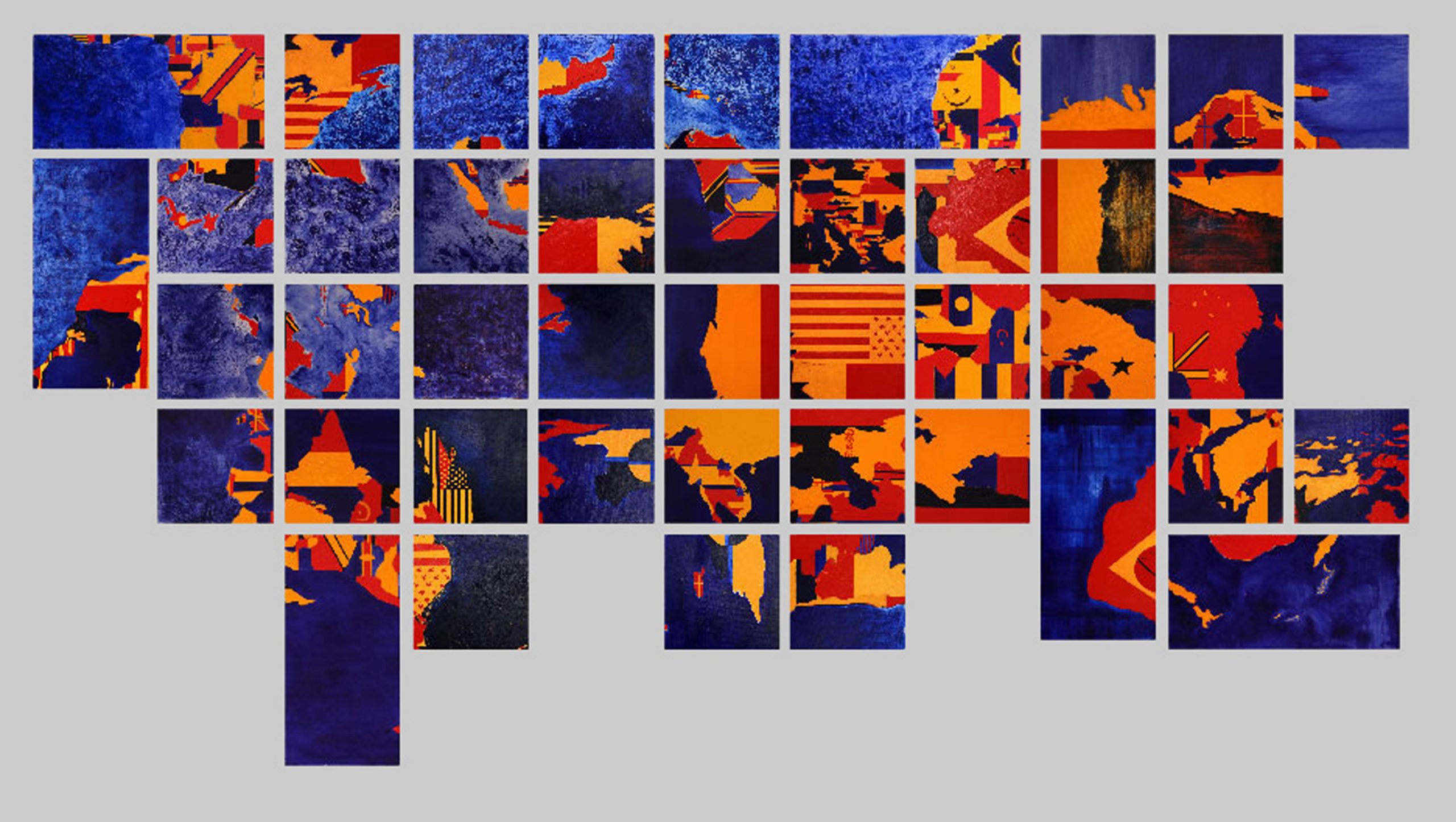 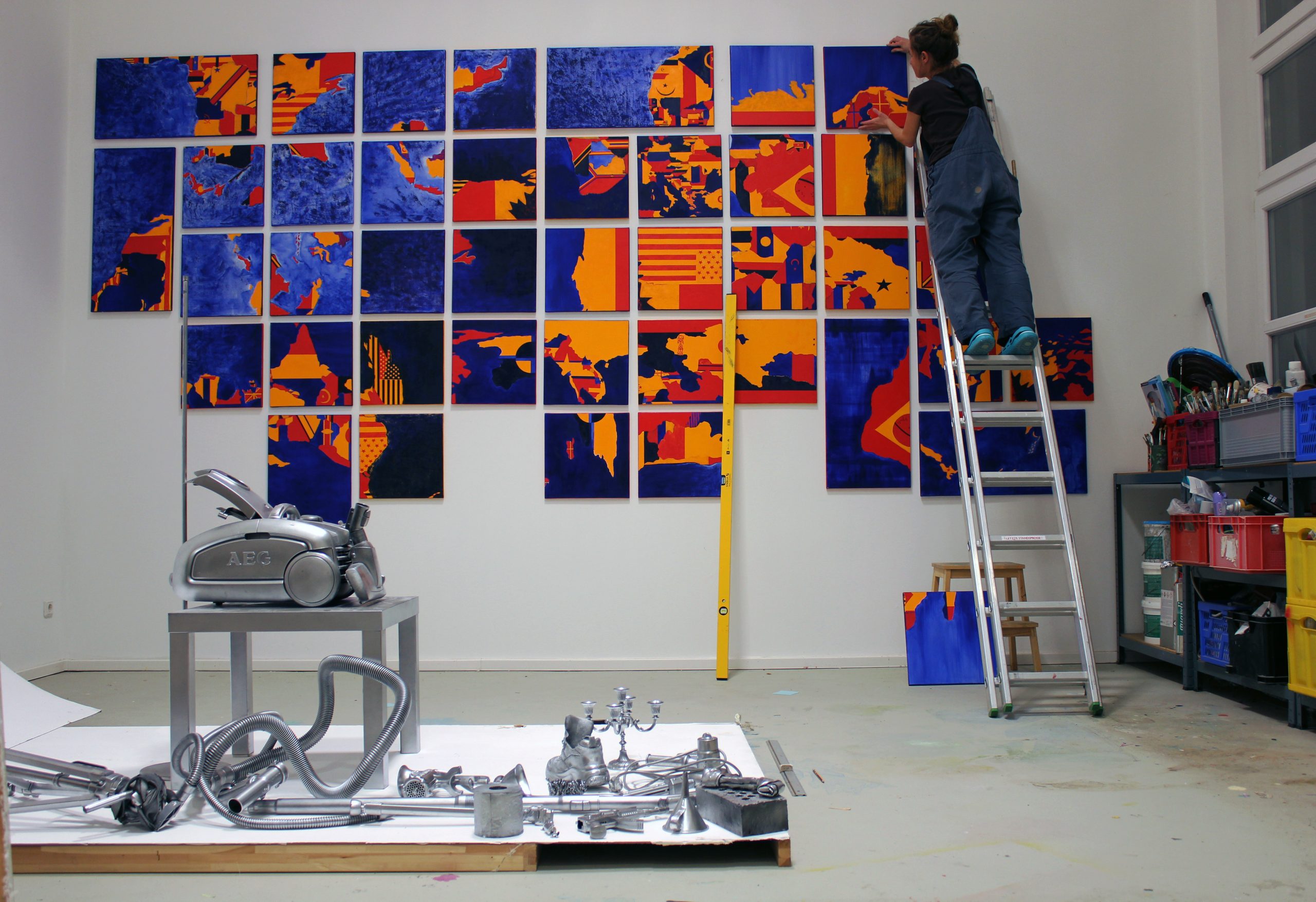 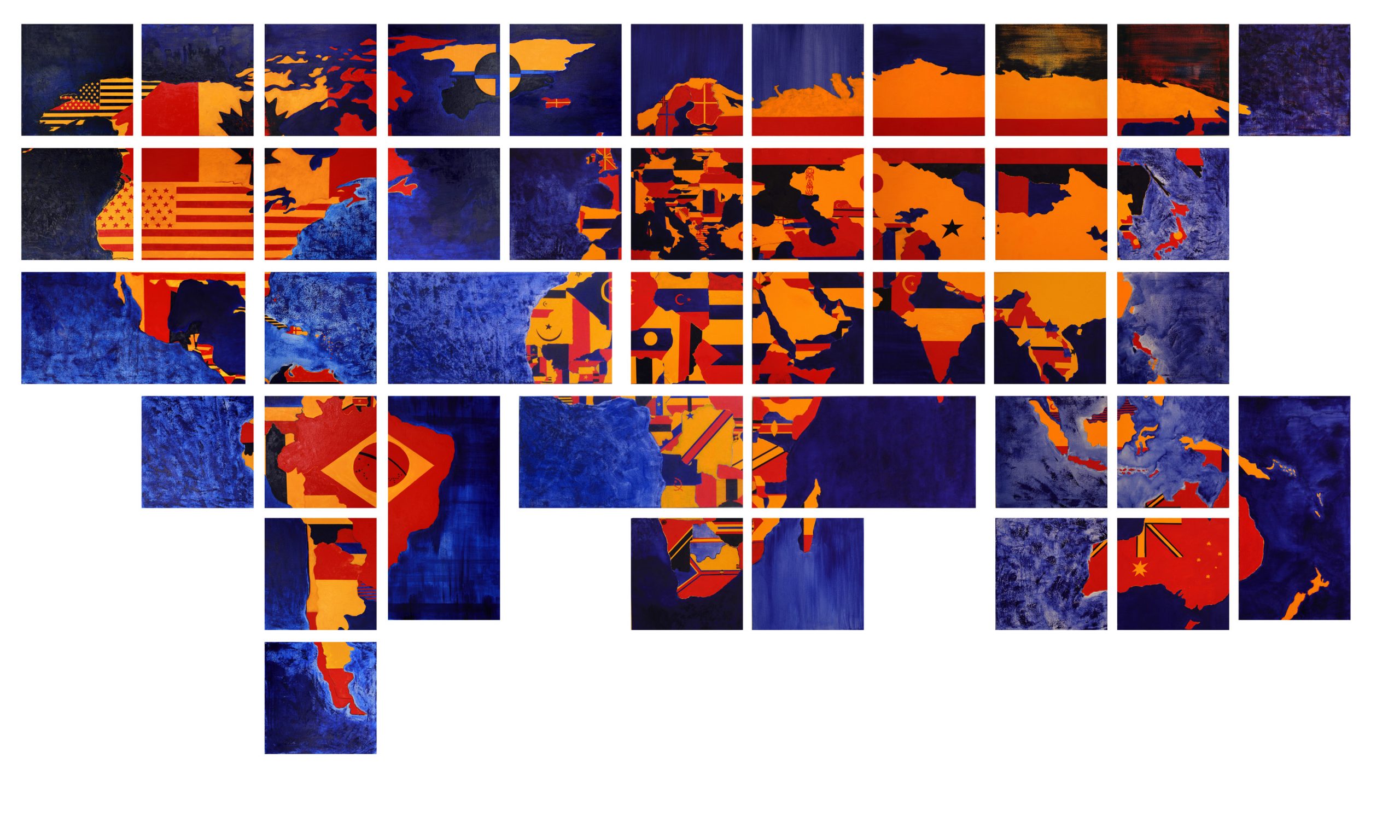 “Who is afraid of Red, Yellow and Blue (My world order)” is an oil painting installation consisting of 37 canvases 40x40cm and 6 canvases 40x80cm.
The work depicts a mixed up world map on which all the flags of the countries are translated into the three basic colors: red, yellow and blue.

Technologically I worked with three pure colors: cadmium yellow, cadmium red and ultramarine, without mixing them directly. On some parts of the paintings after drying I used a few layers of any of the three colors to create different shades and structures.

Art Historically I quote Barnett Newman’s most famous color field paintings: Who’s afraid of Red, Yellow and Blue? Put together all the 43 canvases build the world map, but exhibited as single ones they give the idea of small abstract color field works.
A national flag is one of the most important symbols to a country. Reducing the colors only to the three basic ones I reduce the significance of the symbol or even change its meaning.
(In 2017 on the Documenta 14 in Athens was shown the Synoowe Persen’s Flag made out of one blue, one thin yellow and one red stripe as a symbol for freedom, humanity and non-colonization.)

How does the work connect to the theme:
Who is afraid of Red, Yellow and Blue (My world order) is an utopia about the non-existence of
nations. Or about times where nations won’t matter and people will move freely in the whole world. Through permuting the different pieces of the world I mix randomly the countries and make a new world order which in this case is “My World Order” but can be for anyone who decides to sort the pieces in their own way.