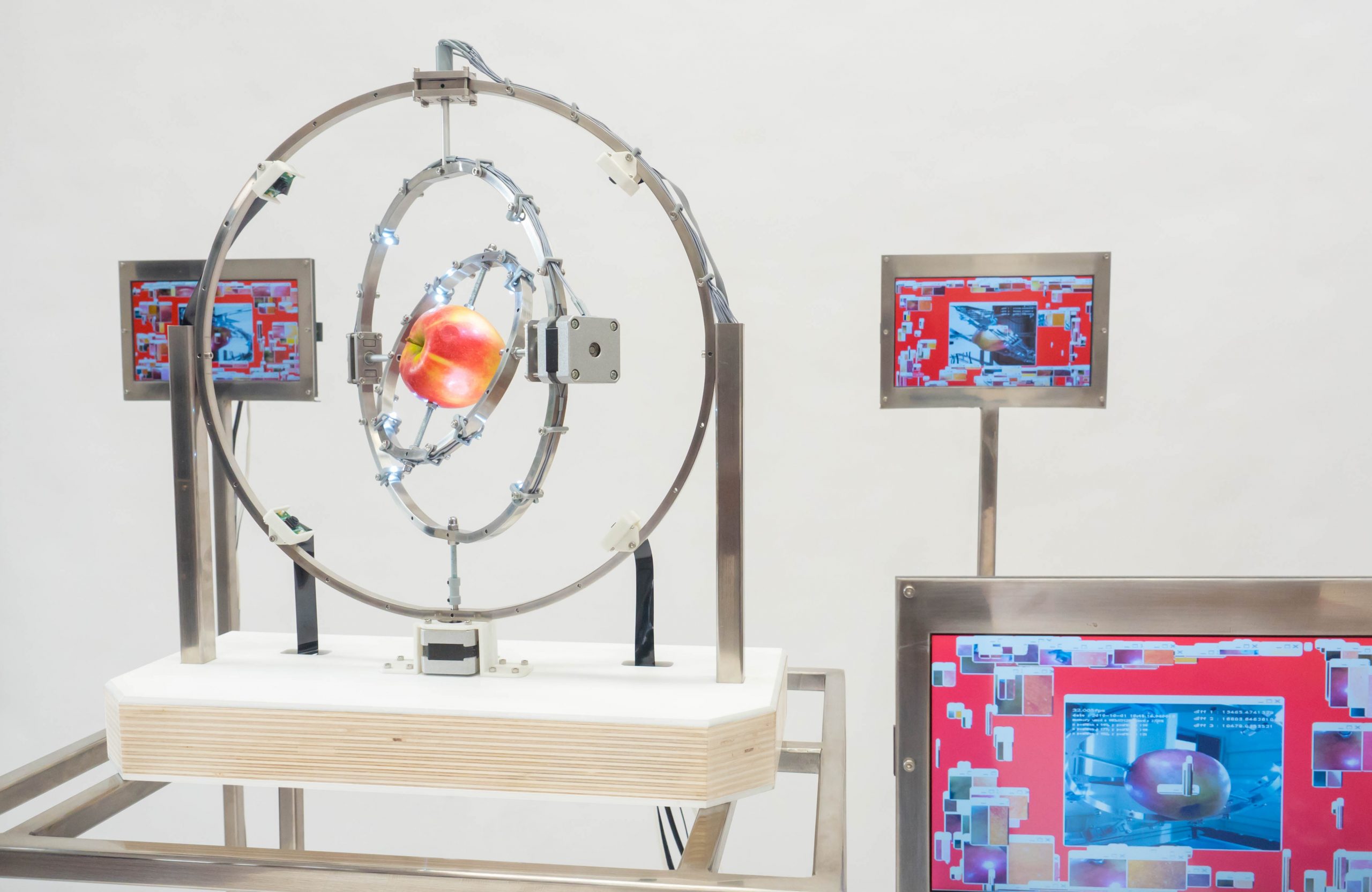 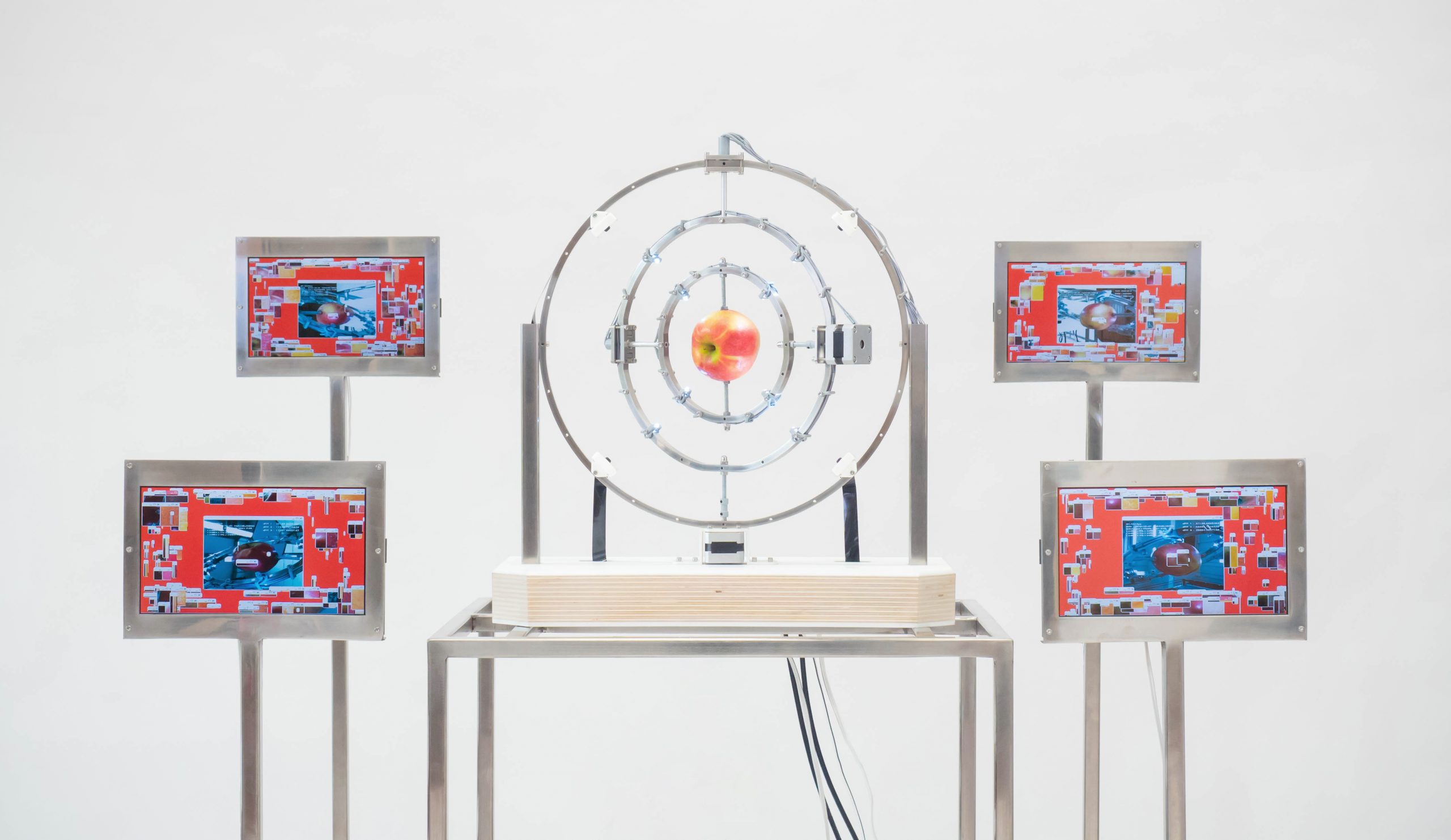 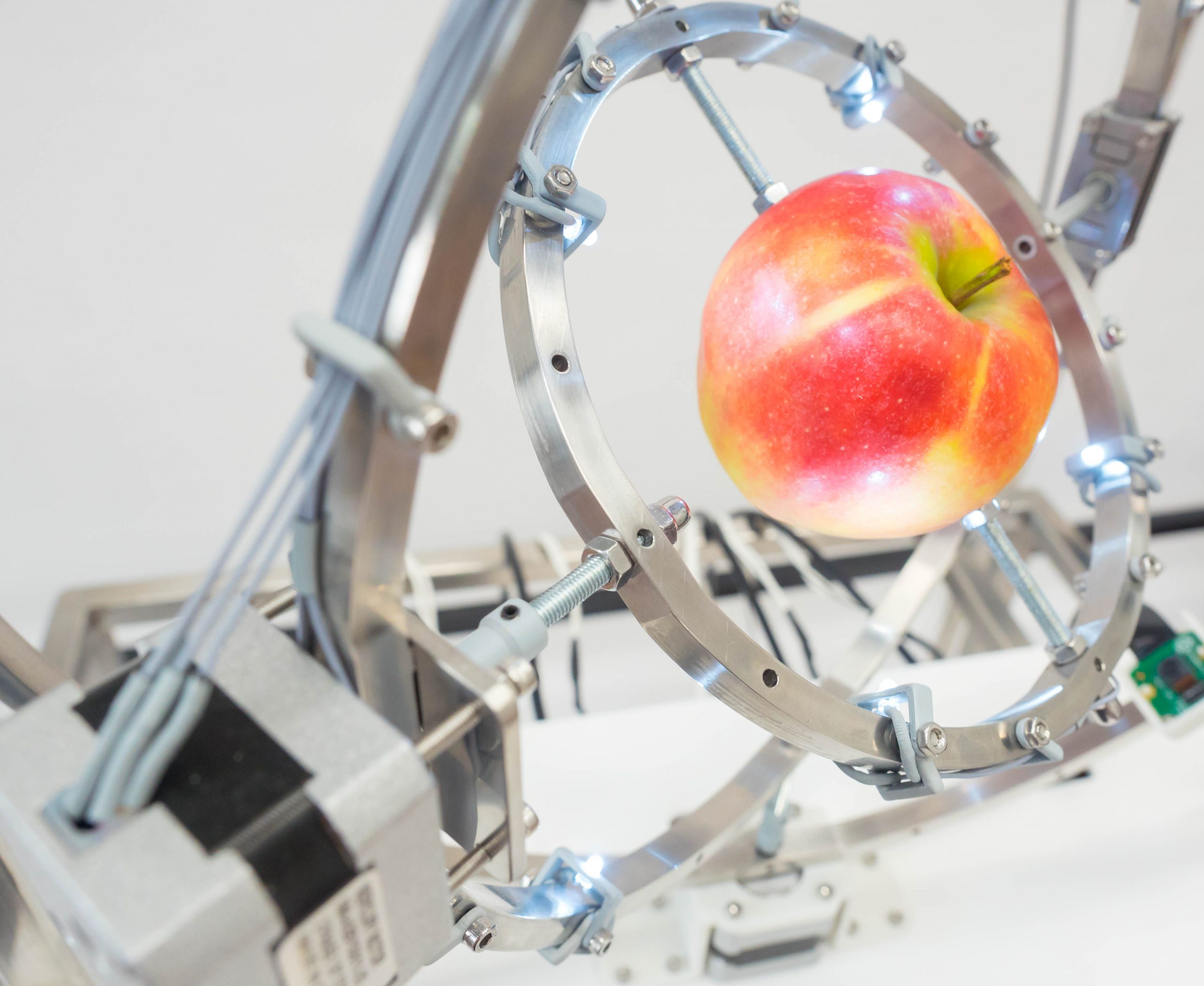 *(asterisk) is an installation comprised of an armillary sphere apparatus rotating an apple in 360 degrees and four cameras omnidirectionally scanning the surface of the apple in real-time. Computers calculate the similarity between fragmentary images of the present apple and apples I’ve eaten before, as if they were my memory of apples. The computations and compared apple-fragment images are shown on four displays respectively. Our categorization of objects is mostly attributed to practical interests as a creature or cultural, political contexts and social needs. In spite of our intuition, the categorization is not created by nature but just human invention, even though it is fairly essential for one’s life. *(asterisk) is used for wildcard character in software and it functions as a placeholder for any characters. Binary data, which the computer deals with, doesn’t have any ontology which we have. It’s something before being named and categorized by human and it’s even not an object. * is entitled for the representation to become a placeholder for any entities which is undifferentiated, unrecognized, complex, laborious, and aimed to procrastinate the categorization to observe the object concretely. Diversity of the surface of apples which I’ve ever eaten before is complicating the categorization „apple“ and simultaneously evokes my memory of apple from a single apple as a collective, a universe of my memory. One can even consume a word, „diversity“ as a symbolic term without observation of the very object and the consumption of symbolism could escalate the ignorance of the specific reality as a noise which is not supposed to pay attention. In this work, apple, to which certain legendary and religious symbolisms adhere, is decomposed pictorially and materially to observe object anew and abolish the conventional categorization.