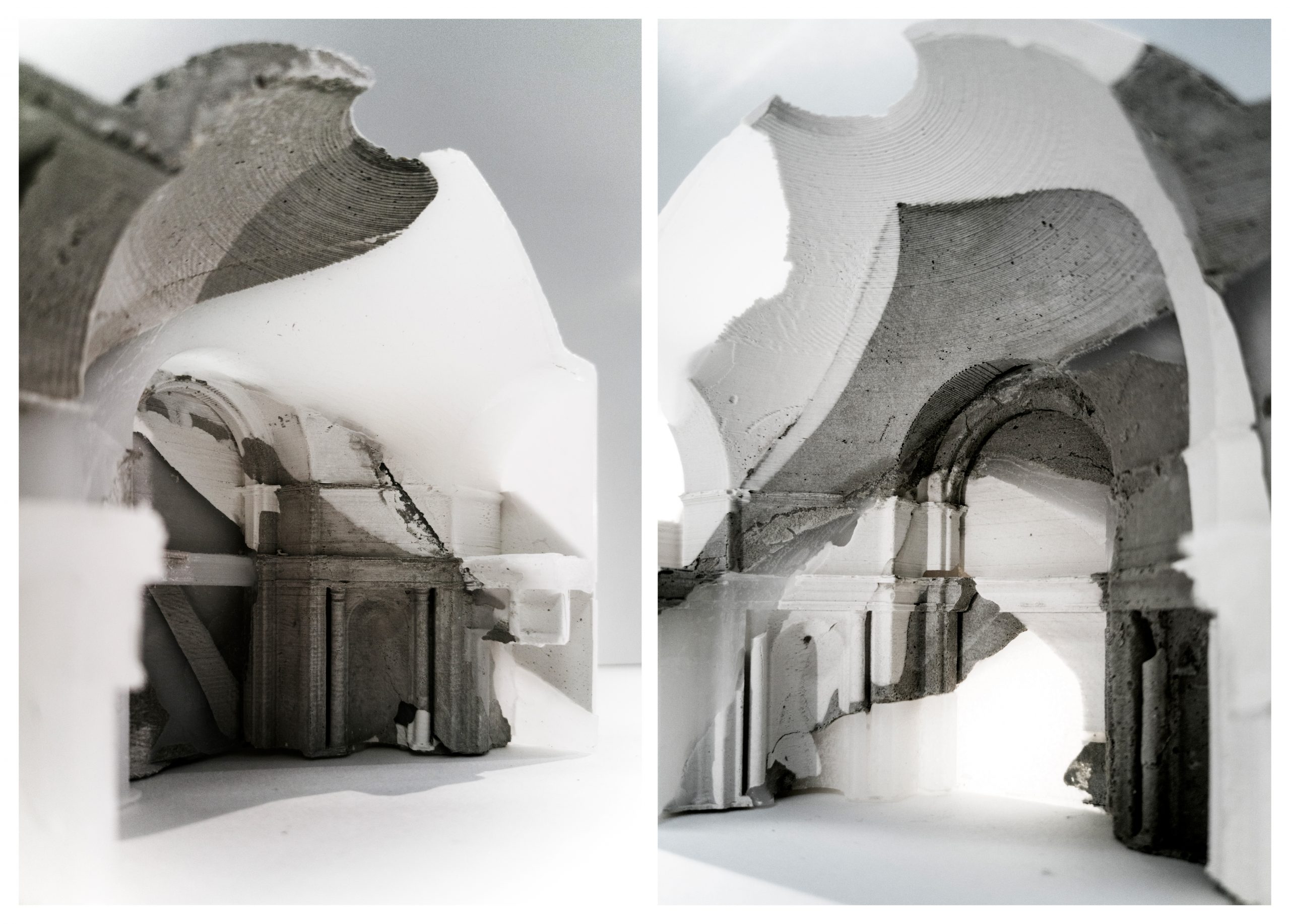 I am currently working on my Master’s Thesis in Architecture at the University of Innsbruck, dealing with the relationship of architecture and power. In an effort to subvert the multiple systems of ideology-driven power-structures overlaying our world, I am focusing on one main question:

„Can we create an in-determinate space – a possibilistic space – that is not overlayed by an authoritarian-territorial order, that has no ideology, organization, hierarchy, or normativity permanently inherent in it?“

Cartography has been used to spatially and temporally organize the world we inhabit – naturally it also has been instrumentalized as a tool to generate and naturalize territory by those who have power and authority. It is then, that cartography becomes a means of imposing ideology and normativity onto individuals inhabiting this territory: a structure of refence points, wheter spatial (e.g. borders), temporal (e.g. work-time / free-time) or conceptual (e.g. norms, ethics,…) is defined to a microscopic level and overlaying our real-space. This goes onto a level of our personal space-time and therefore determining us in the forming of our subjectivity, which becomes a product of this abstract form of imposed cartography. The cartography shifts from a tool to represent real-space, to a tool that generates it.

I am arguing that the aesthetic of our built environment is one of thes micro-tools of power-cartography is often instrumentalized to serve one purpose: to express a certain ideology and „map“ its beliefs onto our personal space-time through aesthetic affection. Aesthetic expression of a thing, in this case architecture, therefor becomes a form of causality influencing how we constitute our subjectivity.
In this sense, I am persuing a design methode that is a form of „aesthetic deconstruction“: by overlaying a multiplicity of different structures, unlike the singular one proposed by those in power and authority, I aim to create an aesthetic ambiguity, that is possibilistic rather than deterministic. The multitude of signifiers, like geometry, materiality or tectonic, can’t be traced back to a single ideological structure, but the individual is constantly wondering what the expression of the space is and how its aesthetic affects itself. In this way, architecture generates an „un-mappable“ territory, where nothing is definate and ideologically definded, and the individual has the possibility to create its subjectivity free from pre-existing limitations.

The images are from a analysis and study of the original Reichstag designed and constructed in the 1880s – 90s and finished in 1894 by german architect Paul Wallot. The analysis consists of a digital 3D-Model aswell as several analytical drawings to learn about the relationship between its aesthetic properties and the power-structures that instrumentalise these. Ultimately, the study leads to a deconstructive process through the methode of „aesthetic deconstruction“ described above, consisting of digital- and physical models aswell as conceptual drawings.