An army of Him 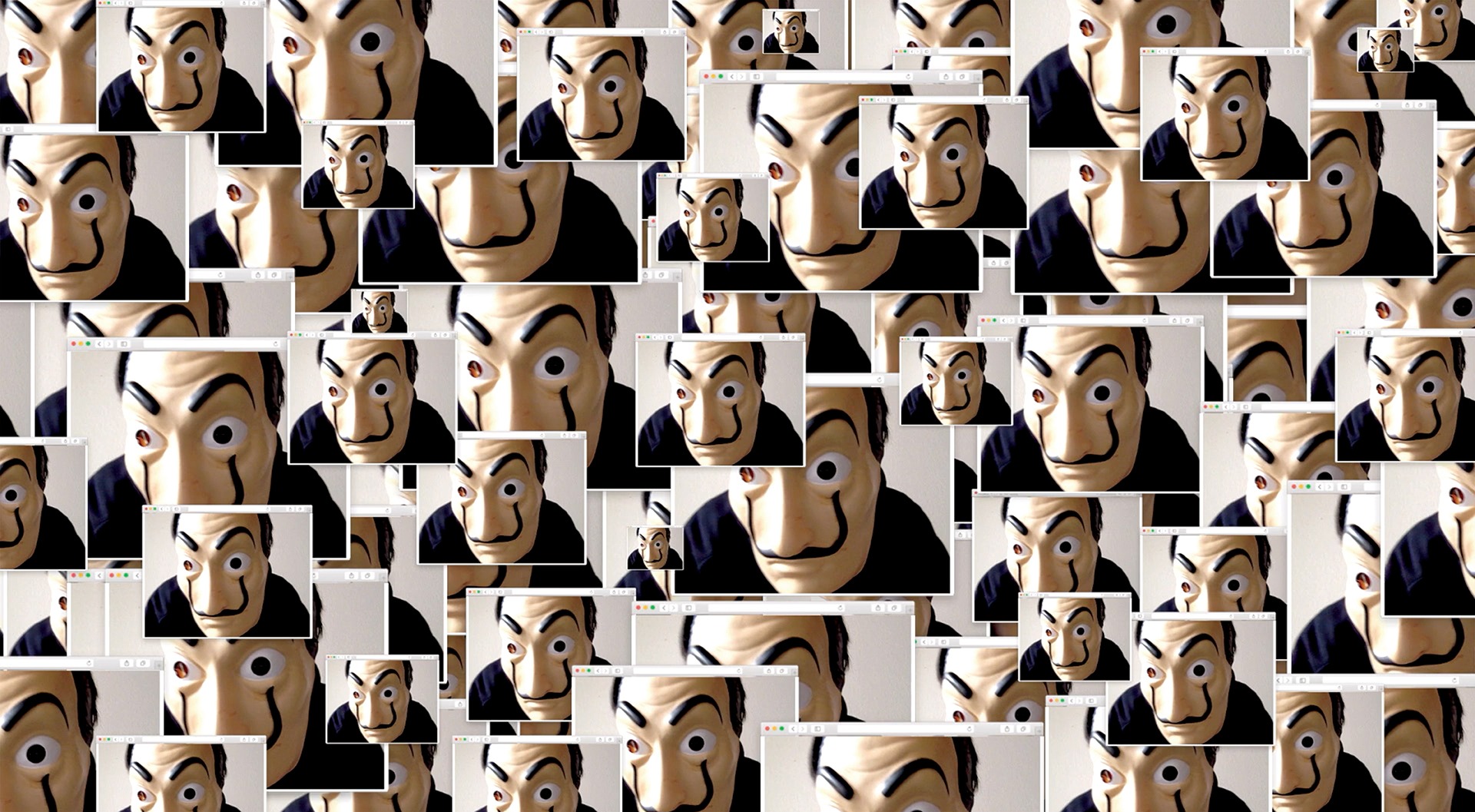 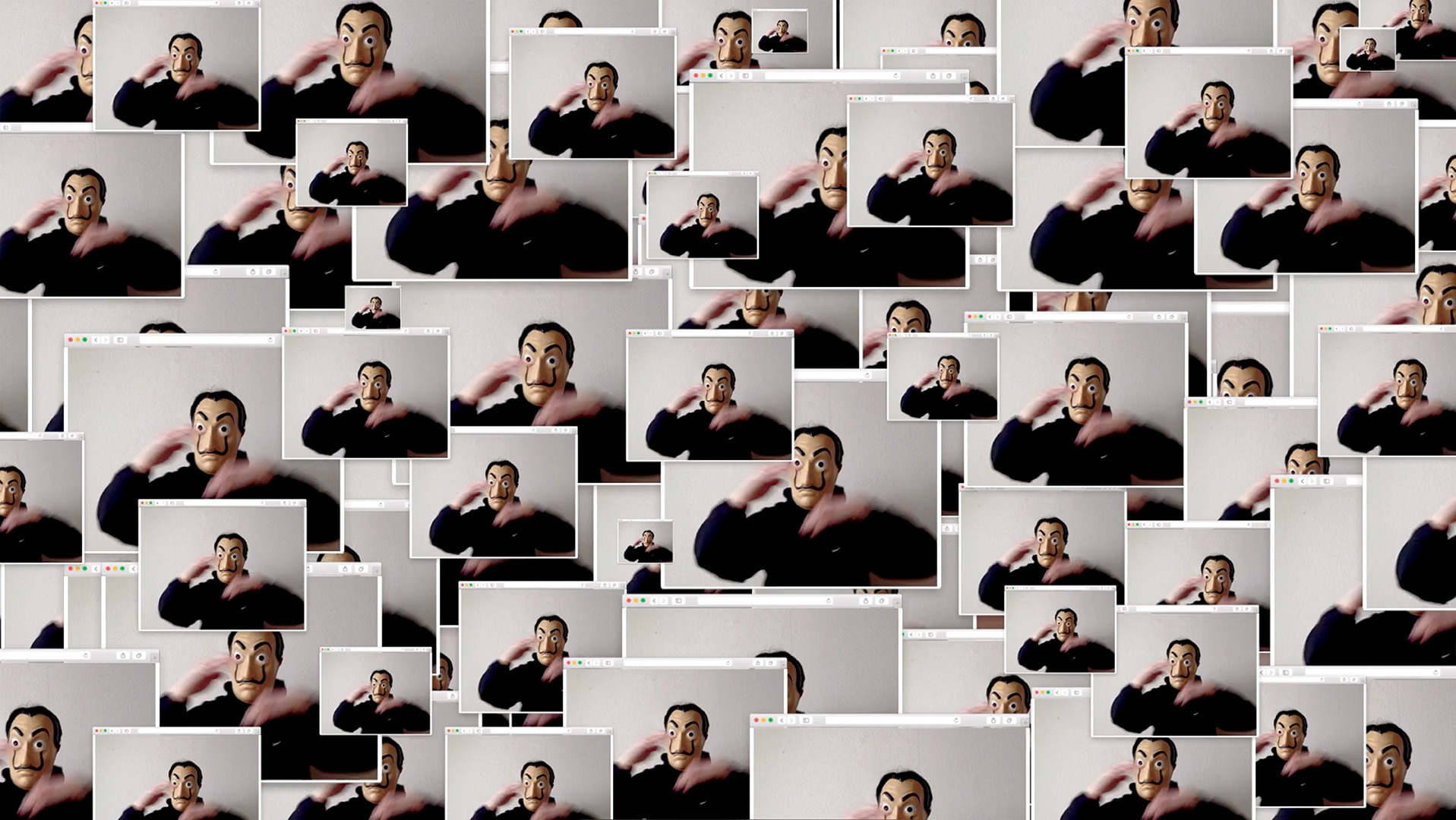 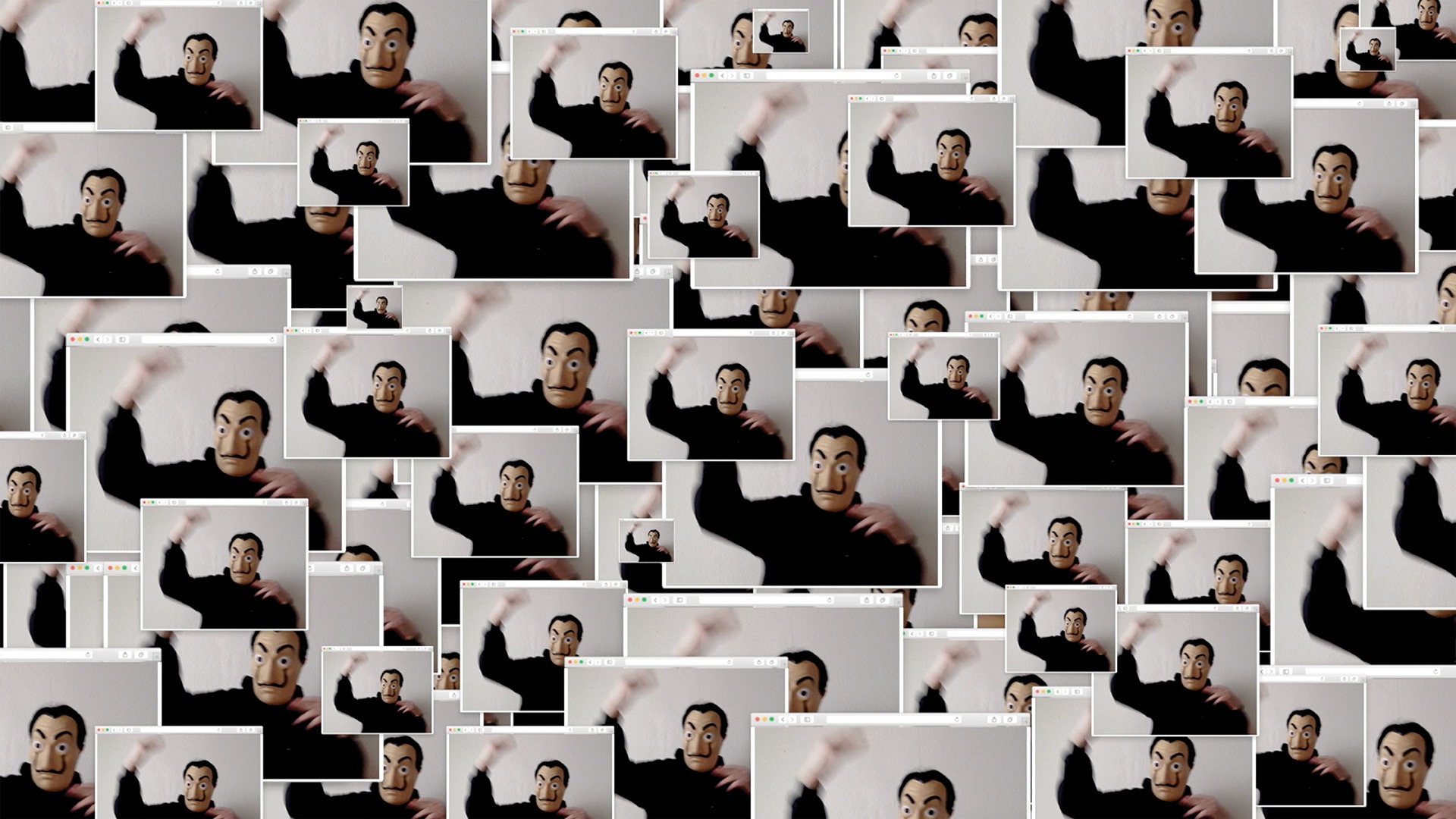 As we hurtle deeper and deeper into an increasingly technologically driven world, pre-existing structures and practices are revised to accommodate the newcomer who is here to stay. The process is one of struggle and conflict, of unease and mistrust of the unknown. Eventually, however, one must either come to an embracing of the new, or at the very least acceptance, as there is no going back to a time without technology. There is no looking back. The only way to influence change is to move forward.

An army of Him is a commentary on the role and nature of social media in contemporary society. With the development of the internet, words such as “trending” and “viral” have taken on a slightly expanded meaning and become more relevant. In one sense, trending content is reminiscent of colonialization, such that the actions of one group can transcend regions via social media platforms and influence another group to behave the same way.

The multitude of windows represents the power of social media to reach so many different individuals all at once. It creates an almost hypnotic-like sense of surrealism, especially once the masked figure begins to move. It causes the eye to lose focus, evoking the glassy-eyed state one finds themselves in after too much screen time.

At the end of the video the name Salvador Dali is shown, but it is obvious that the masked man is of course not who he claims. Here the notion of identity comes into question. How does social media allow us to craft our digital identities? Platforms such as Instagram and Twitter allow us to connect with people from all over the world, but how can we know who it truly is that we’re communicating with? And most importantly, are we trying to fool not only others of our curated identity, but perhaps also ourselves?

The use of a mask depicting a famous artist calls us to explore the position of art in this digital age. What is the role of technology on art? Or rather, how has art adapted to technological advances? How can we continue to understand art in this new world? Media art is the result of a coming together of technology and art. Through its innovative nature, media art allows the concept of art to expand in step with technological advancements. But what is the limit? Is there a limit? Can media art become too focused on technology that it is no longer considered art? Is this 1:16 video art? What differentiates it from a viral internet video of the same length?

To somewhat appease this conundrum, one can argue that media art must remain loyal to the values of traditional art and recognise that is informed by the manifestations that came before it. Put another way, it stems from a legitimate source, and is expressed via a new medium that did not exist previously, thereby proving that art has no boundaries. This to-and-fro between adhering to traditional values while at the same time trying to look forward and innovate represents the struggle and conflict that humans have with technology. And just as global colonialism provokes the emergence of a struggle, a resistance, the colonizing influence of social media also invites the same strife.

Hence why the figure depicted in the video is not of a typical social media influencer, but rather, the opposite. They are an agitator. They are a person resisting the process of global dominance while also recognising that they cannot fight against it without engaging in it, thus finding themselves in this infuriating dilemma, this endless loop. An Army of Him therefore calls upon us to question the nature of social media while accepting its place in the modern world. We must not lie down and simply allow technology to influence us without examining, scrutinising and probing. We must not take everything we see at face value and remember to evoke change when necessary.