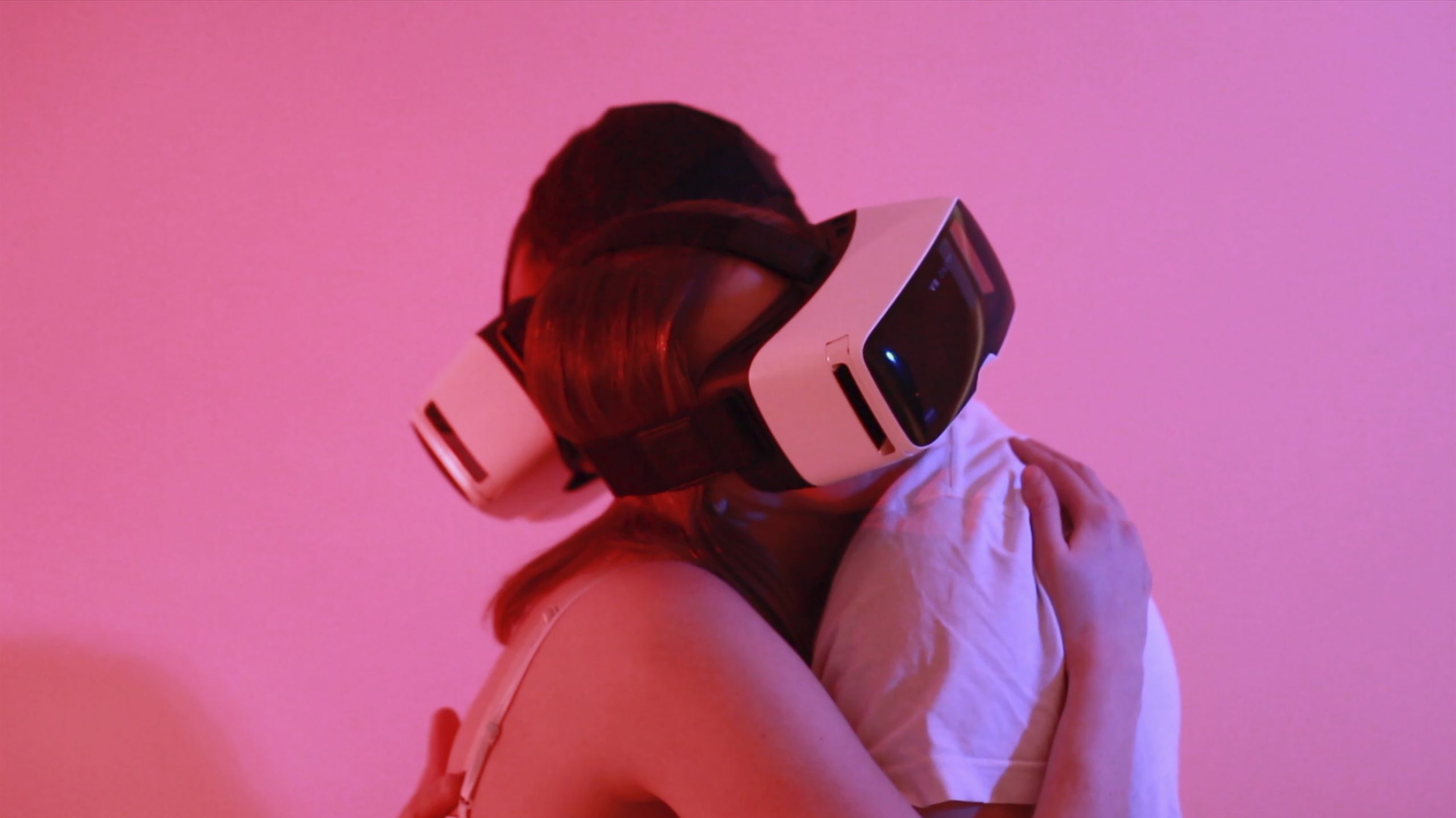 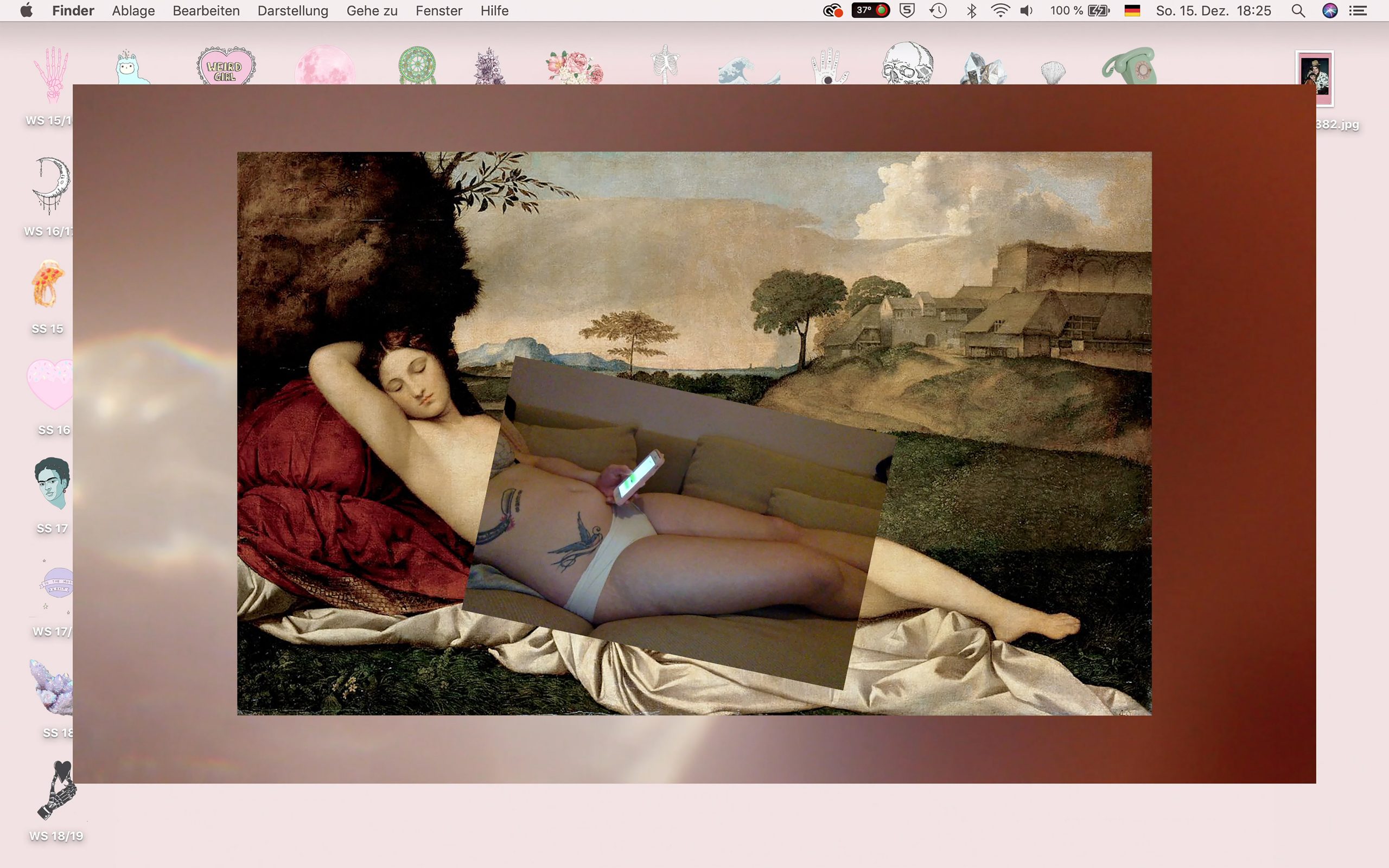 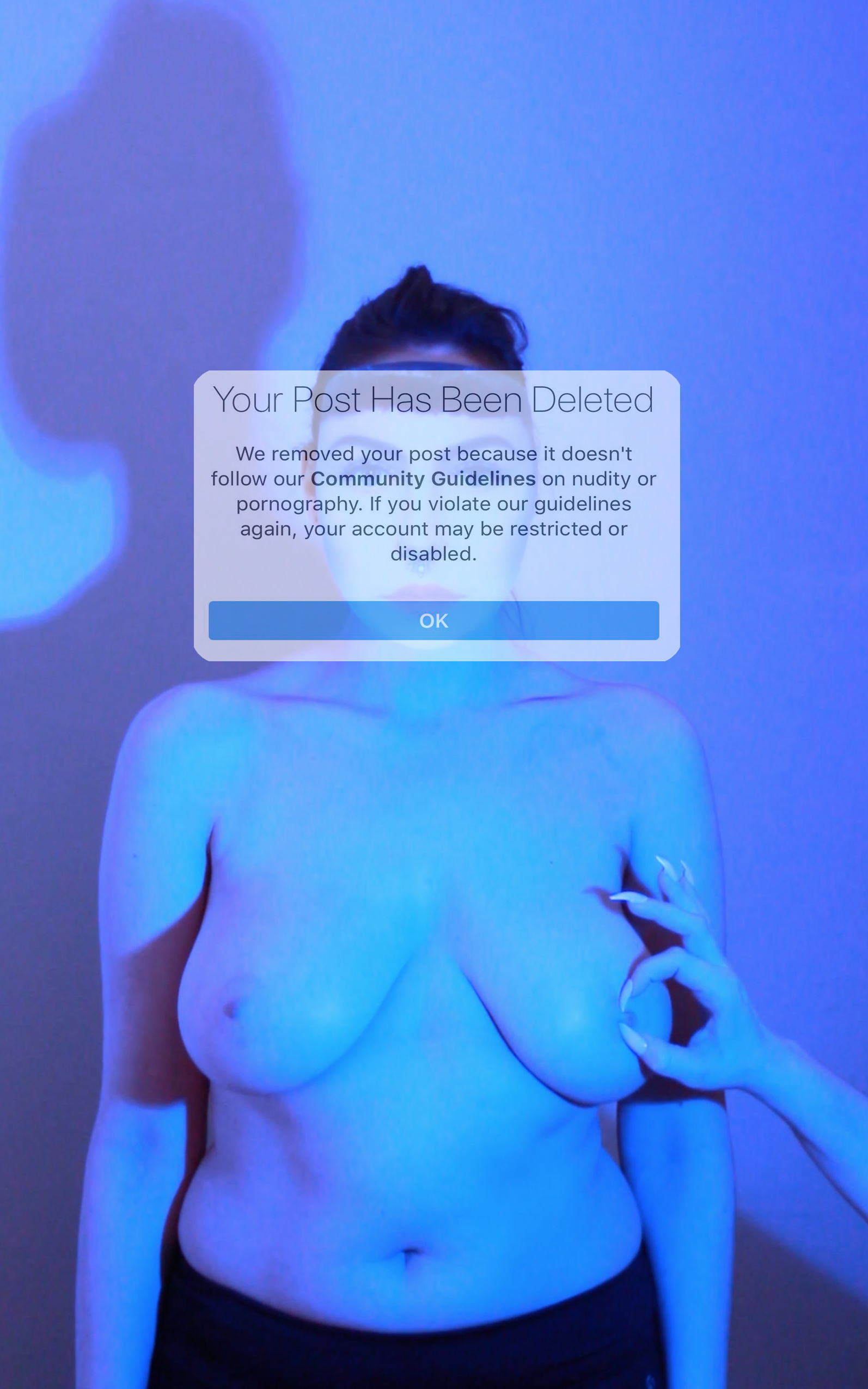 Do digital communication and body cult have the potential to form a substitute religion?

Images are required to develop human identity. As soon as a toddler recognises his own reflection, the separation of self and image is created. The power of images arises from this dependence of man on the image.
The Narcissus myth describes what happens when there is an excessive identification with one's own reflection: unable to love others and to be loved, he ends up in isolation. Narcissus only refers to himself and in the case of the myth this ends fatally.

The role of images in the formation of identity under today's media conditions is the focus of this artistic work. Historically, art has provided us with idealised and optimised representations of man since ancient times. Thus, defining ideals of beauty were imprinted for our western culture, which still have a certain validity today, as is particularly evident in the development of fashion and advertising. Above all, female body images and their commercialisation play an important role.
The work also examines how in the age of digital media and the Internet – especially since the invention of the smartphone – also act as advertising media and lead to the spread and normalisation of delusions of beauty and self-optimisation, especially for women, through the permanent image circulation.
Another aspect is the technology of social media, which gives everyone the opportunity to create, publish and disseminate their own visual worlds.
In this context, practices develop that radicalise digitization, self-optimisation and thinness obsession.
This project unfolds the ritual handling of self-portraits and digital devices that has become a cult. In the culture of digitality, body images take on a new meaning.

The ritual handling of self-portraits and digital devices has long since become a cult. In the culture of digitality, body images take on a latent meaning that creates identity: a desktop becomes a virtual stage for this videographic work; the hard cutting rhythm of the assembled video sequences illustrates the power and violence of images in the digital world. Backed up with classical music, a silent film character emerges that underlines the importance of images. Symbols of femininity, medical images and quotes from art history lead through the film. It is played with the absurdity of grotesque beauty tools.
A symbiosis of community, digital communication and parallel loneliness form the paradox of the present. The hypothetically demonstrated connection of the need to optimise and idealise to a fashionable cult – if not to a form of religion – finds its counterpart in the practical implementation, but not without keeping a humorous look at it: the principle of narcissistic embellishment, for example here through digital face filters, is transported to the offline area. How does the environment react to an analog avatar? What does it mean to live your perfect self in analogy?