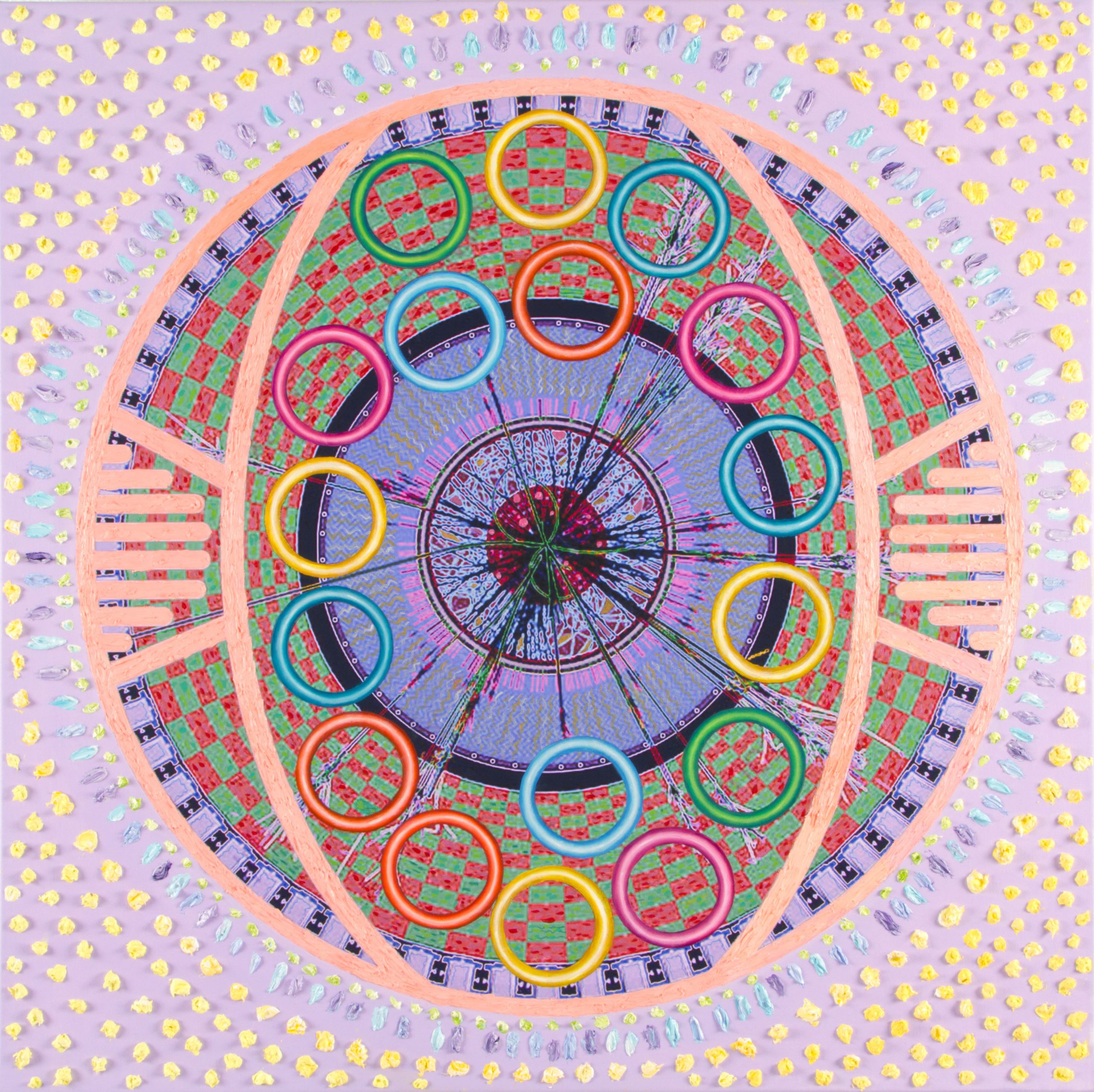 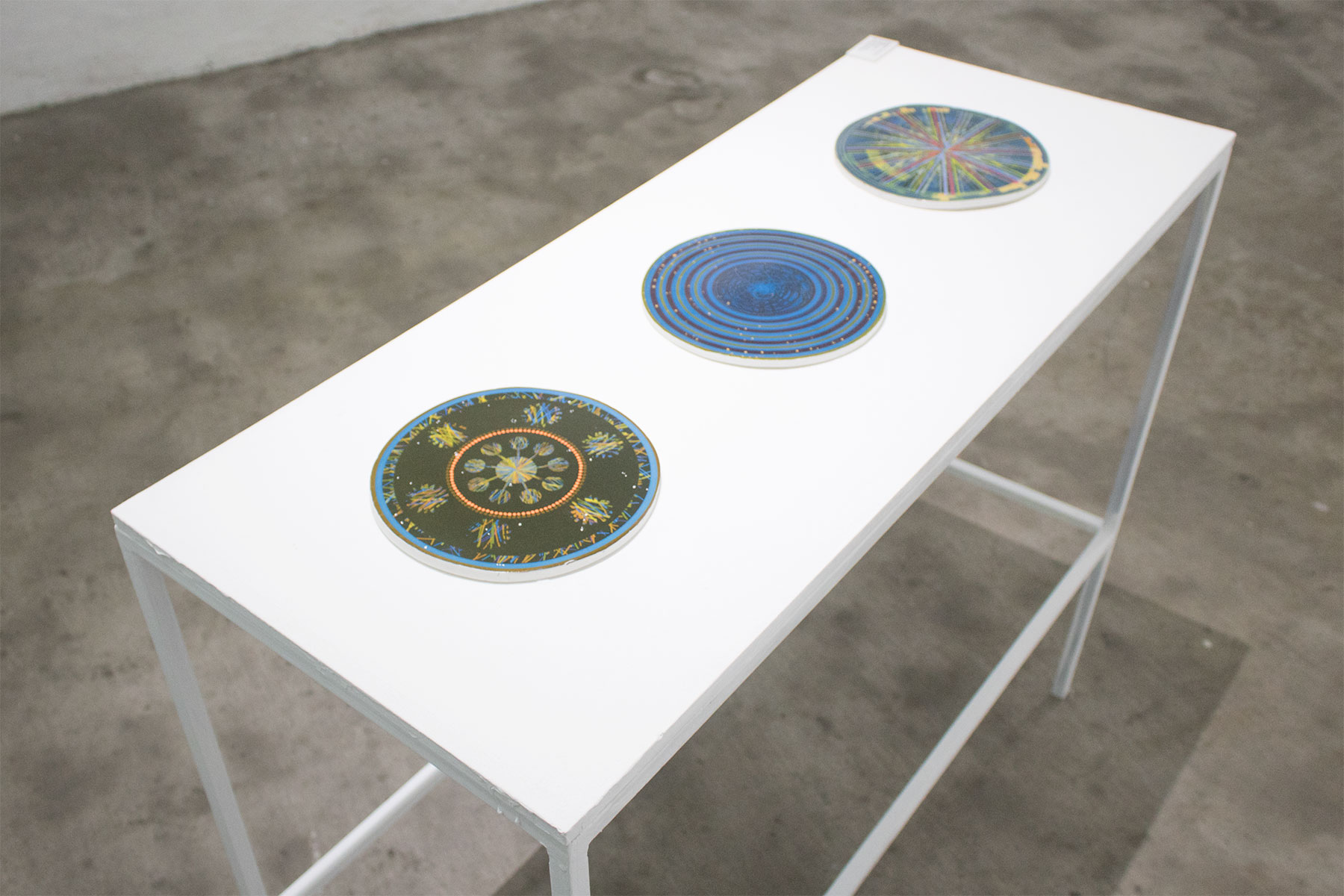 “The Hidden Sector” is an art project that has become a way of perceiving the world. It takes form of paintings, collages and found objects that articulate a logic that allows me to have an understanding of reality. The project is divided in three phases; the first one was part of the exhibition LOoW Emergence (Vancouver 2019) , the second one in Premio Brasil 2020 (Honorary mention, Quito) and the third one, presented here for the open call, was part of a solo exhibition in No Lugar Arte Contemporáneo (Quito 2020) called Fábulas Neotropicales.
“The hidden sector” manifests as a lens that filters reality, it entangles ideas of Object Oriented Ontology with ideas like the Pluriverse to contrive worlds through images. I weave together histories of representation like pre-Columbian visual languages with computerized graphics used in contemporary physics to create a new visual language. The objective is to level through images a plurality of ways of creating and sharing knowledge.

Time transfer events is a series of digital paintings transferred to different surfaces like wood, canvas, porcelain and video. The images are created by layering pre-Columbian constellation graphics from Pasto culture with graphics from the Atlas Detector at CERN. This gesture seeks to question the scientific knowledge hegemony over other ways of knowing. I speculate about the logics behind the pre-Columbian graphics as vestiges of a cosmological understanding that has gone through a process of erasure as a consequence of colonization. By fusing these two visual languages I aim to homologate them and by doing so making them objects that open questions from an intersectional perspective. The hidden sector becomes the hidden sector of history.

The relation of the Hidden Sector with the Open Call for Mapping the Cartographic is that the resulting images, objects and video are emergent cartographies. The constellations from the Pasto culture were used to map the calendars in relation to natural cycles like seasonal changes. It is a dialogue that takes place between the cosmos and the phenomena that takes place in the planet as reaction to the cycles of the cosmos. The images from CERN are maps that help us see the trajectory of sub atomic particles after their collision, in other words is an exercise that observes the micro to understand the macro. In this visual collision that takes place in the paintings a new creative force emerges, this force is a third visual language that exist in the realm of contemporary art. In this sense the final pieces are not maps but instead are paintings that allow us to think of divergent ways of map-making that happened in divergent moments of history. The project collisions two worlds with their individual histories and from it a world that contains many worlds emerges.