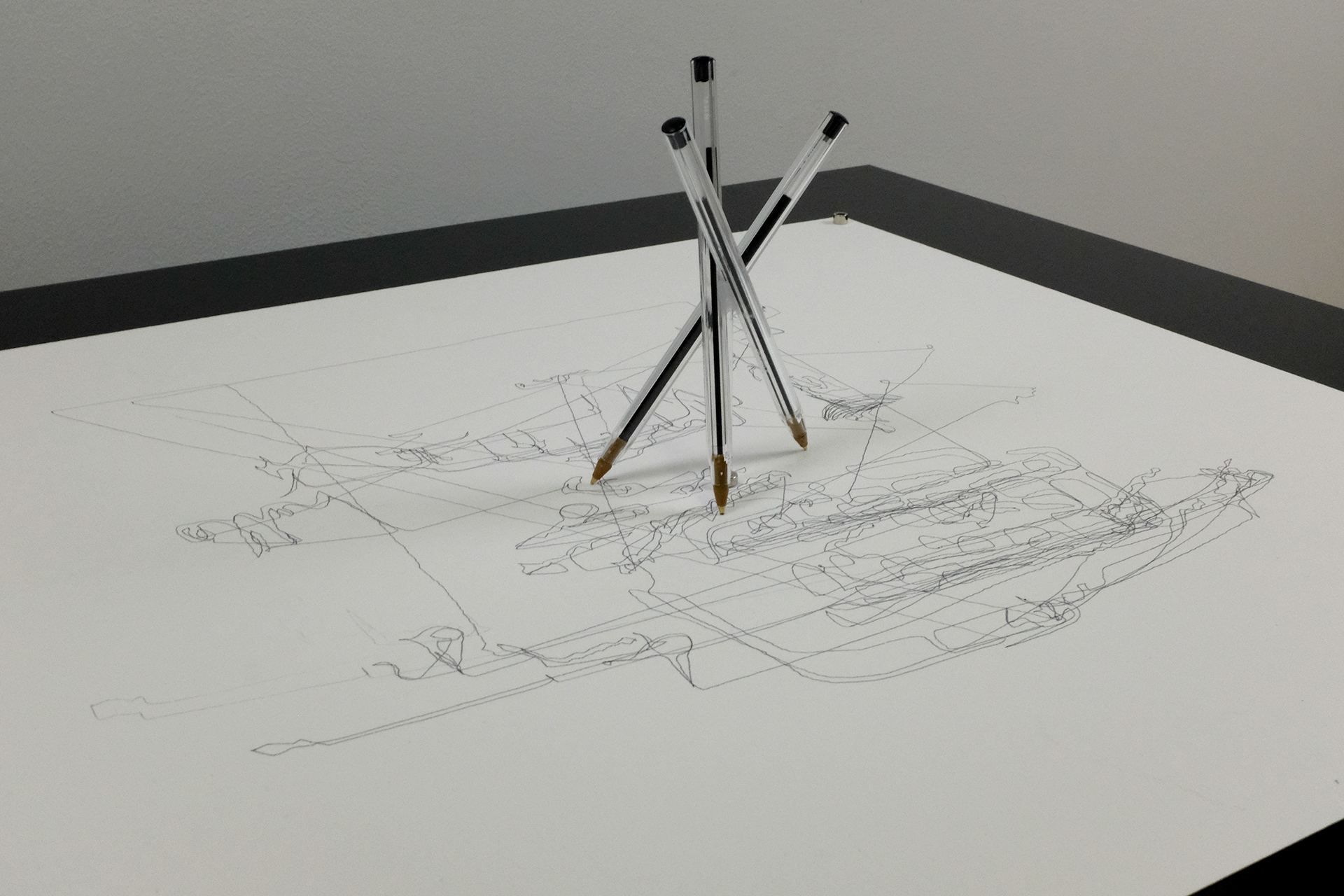 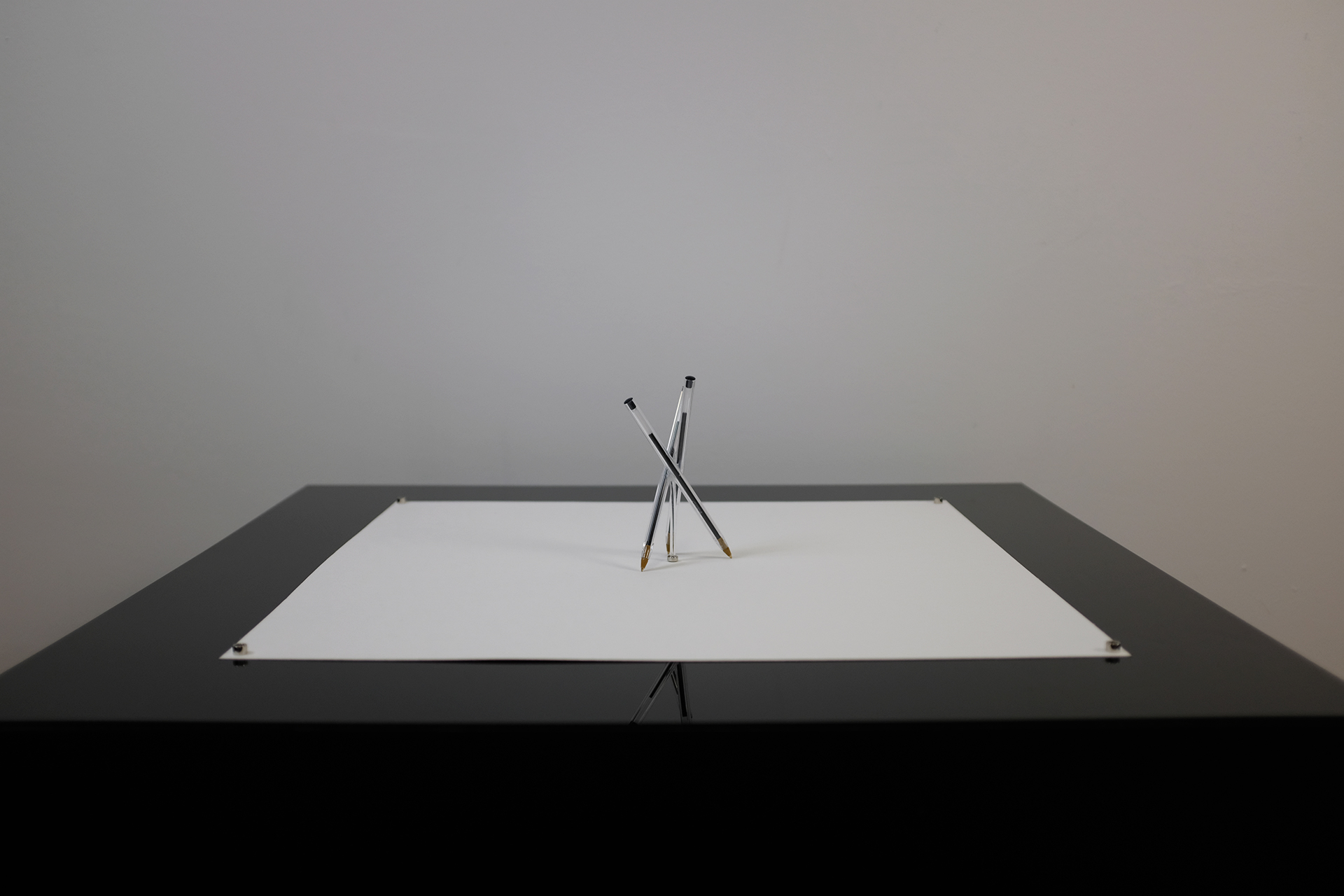 We are living in a new era, especially due to the rapid advances in technology. For example, the robot has been integrated into not only the industrial world but also our personal daily life, such as brewing coffee, making foods, cleaning, etc. These days, machines with advanced technology became capable of performing various tasks which have been considered only human being can do. Living with machines is no longer a fantasy from movies. Machines are being acknowledged as something more than a tool. Therefore, it is time to take another look at machines and the relationship between human beings and machines and think about how to live together. This work starts with the question: “Can we consider a machine an individual like a human being?”
In this work, the machine is expressed as an individual in our daily life by mimicking a common human behavior, scribbling. Scribbles are considered as the expression of unconscious thoughts of human beings. They are expressed with drawings, words and etc. which seem to have no specific meanings. However, it has been reported that in many cases scribbles can also be the expression of personal feelings and subconscious thoughts which reveal a lot about personalities. The machine will be used in this work to mimic such behaviors by drawing something or writing letters that seem to be random, but in fact, based on the collected data on current social issues. From these acts, we may read machines’ “feelings” and “subconscious thoughts”.