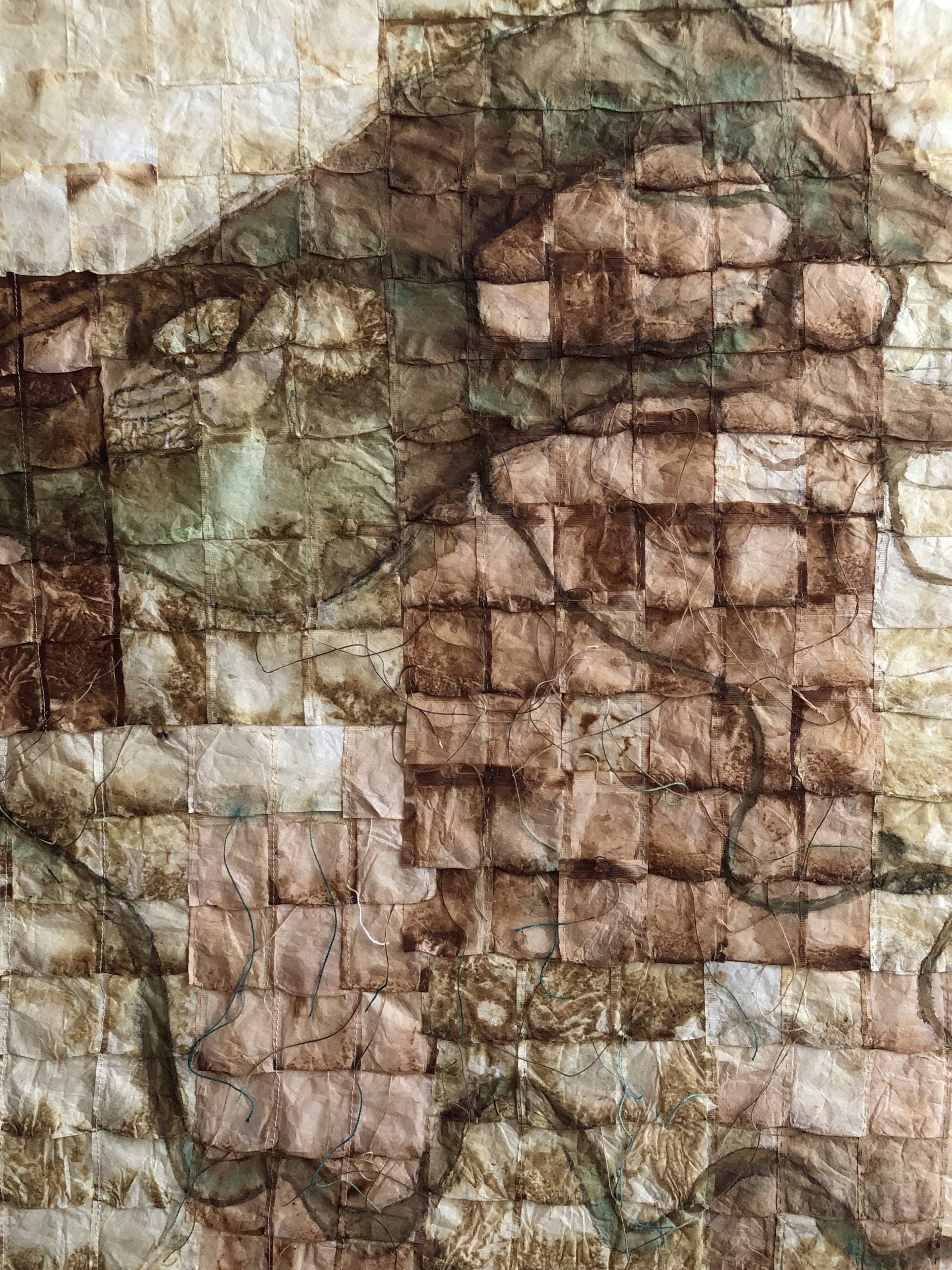 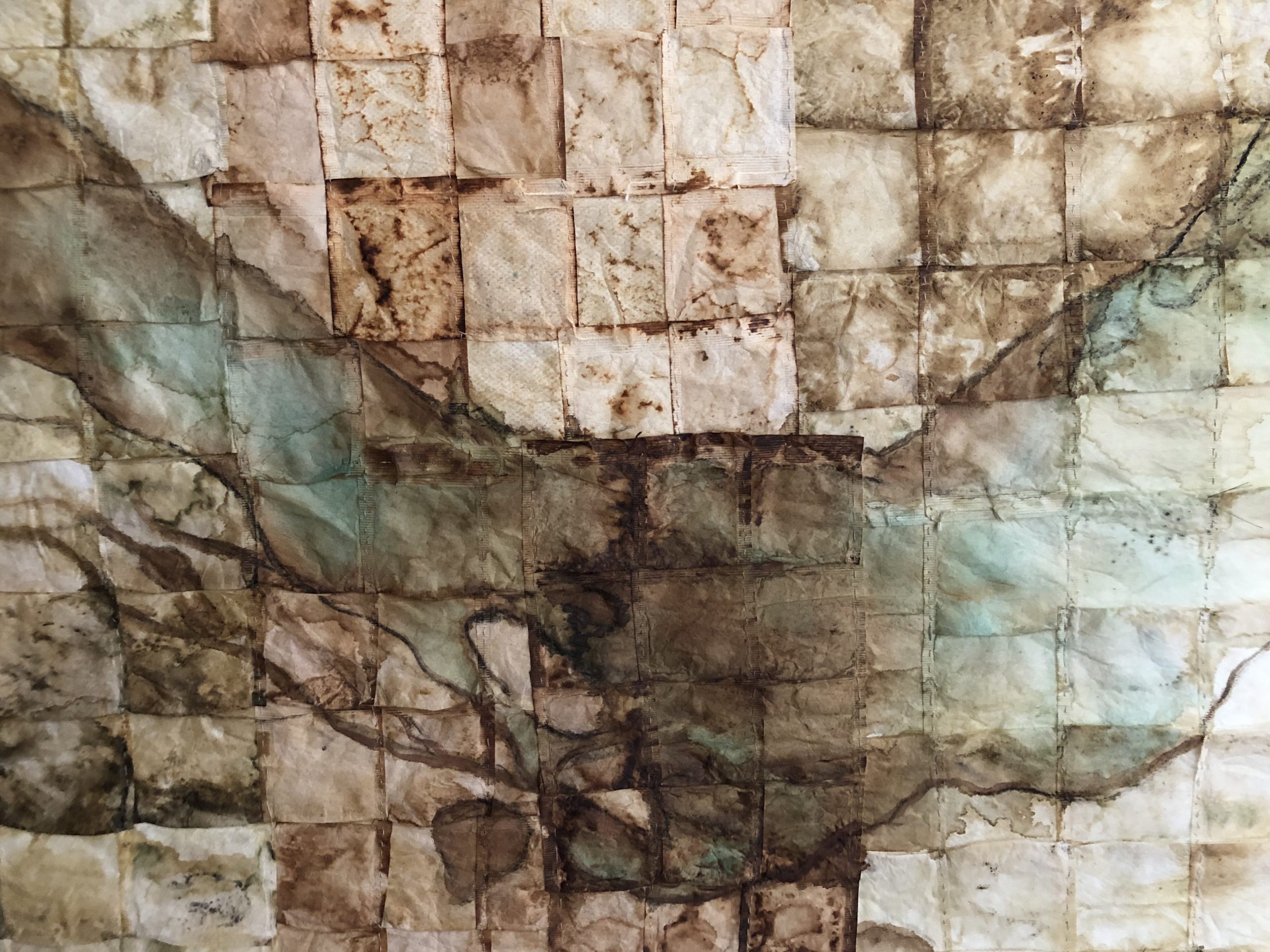 Humedal (Wetlands) by Fernanda Rege (Buenos Aires Argentina, 1973) is a long-term pictorial exercise that combines the use of natural and traditional dyes, watercolor and charcoal, from which emerges a ghostly cartography of the Paraná Delta’s wetlands, lands that were devastated by numerous fires throughout 2020, allegedly caused to sell and use those terrains for the agricultural and cattle industry.

The surface of the work is composed by used tea and mate bags, that create a patchwork according to their own color palette acquired after their treatment, through which some seams appear and form a topographic image. After tearing open each tea and mate bag, and removing its content, filters are sewn together by hand or with a sewing machine. Finally, on the surface Rege paints the river with charcoal, natural dyes, and watercolor.

During this turbulent year, where the pandemic highlighted the consequences of anthropocentric and extractivist contemporary practices, in the Argentine east side the wetlands of the Paraná Delta went up in flames night and day for months, without a single legal tool that could penalize the burning of the terrains. Marked with an uncertain future, these wastelands most likely will be exploited in order to become soybean crop fields —Argentine’s monoculture par excellence— for cattle use or as an export commodity.

Humedal is a bereavement process through the oracular appearance of Paraná river in pictorial traces. Its courses can only be sketched based on the time it took to boil, dry and sew the mate and tea bags. As a response to the hyperfast and antinatural times of agricultural industry, dependent on biotech to expand the crop production, in Humedal there is a reflection on ways of doing, natural processes and the emergence of an image that draws apart from the implicit and panoramic control of Western modern cartography, and enables the appearance of a ghostly and flowy presence. By recovering the mate and tea bags —an intersection between daily consumptions, time and industry, another measurement for speed, something that can be consumed easily and quickly—, there is no place for waste: everything becomes part of the cyclic nature of the river, awaiting healing and regeneration for human and non-human beings.

Beyond any geographical accuracy, this „map“ or wetlands portray is an epithelial layer of a memory that exceeds the individual and calls for a collective, transversal, and exposed care. The map reveals itself with the sole purpose of echoing its shape in the present: a wetland that, without collective care, might be close to disappear under the flames.