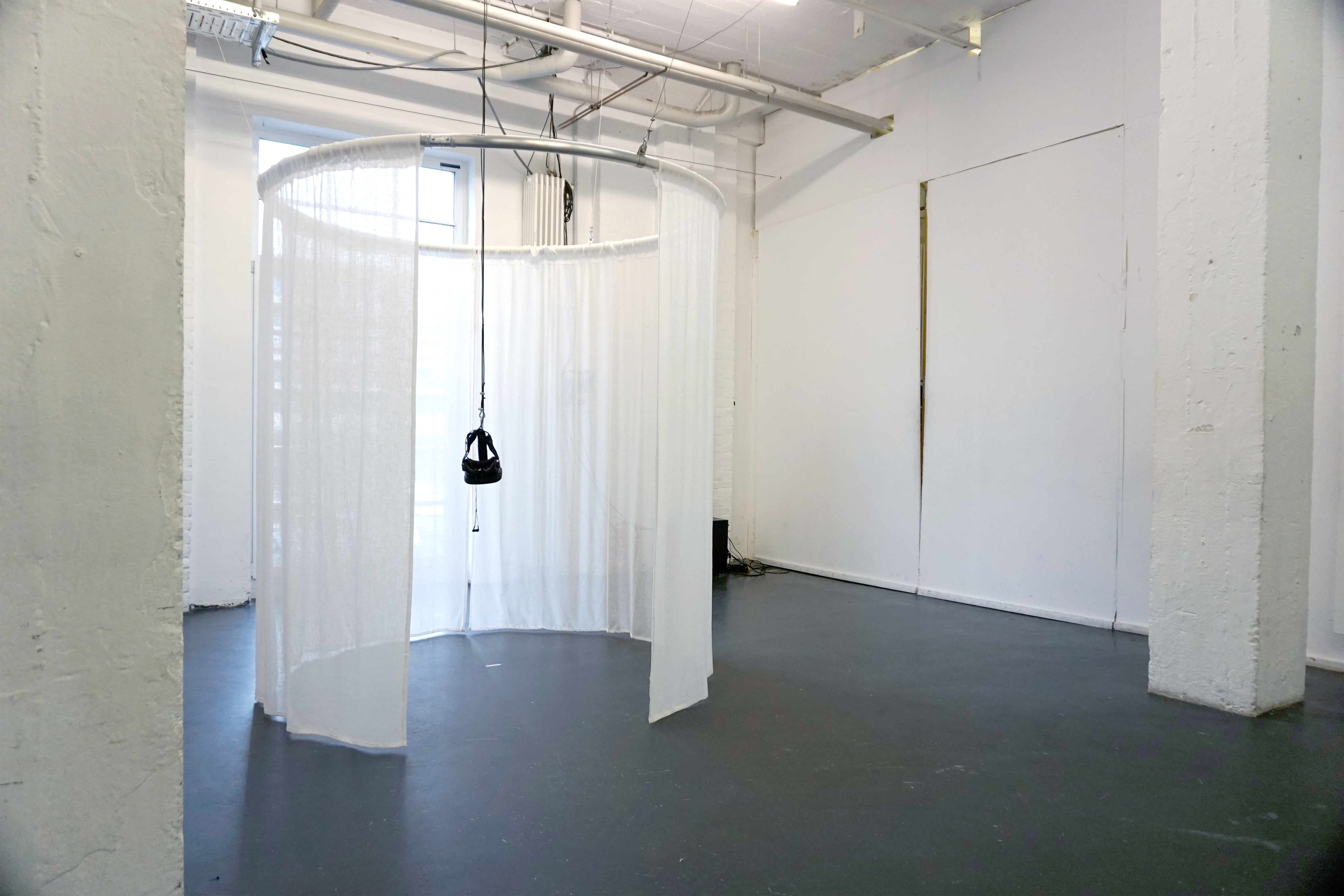 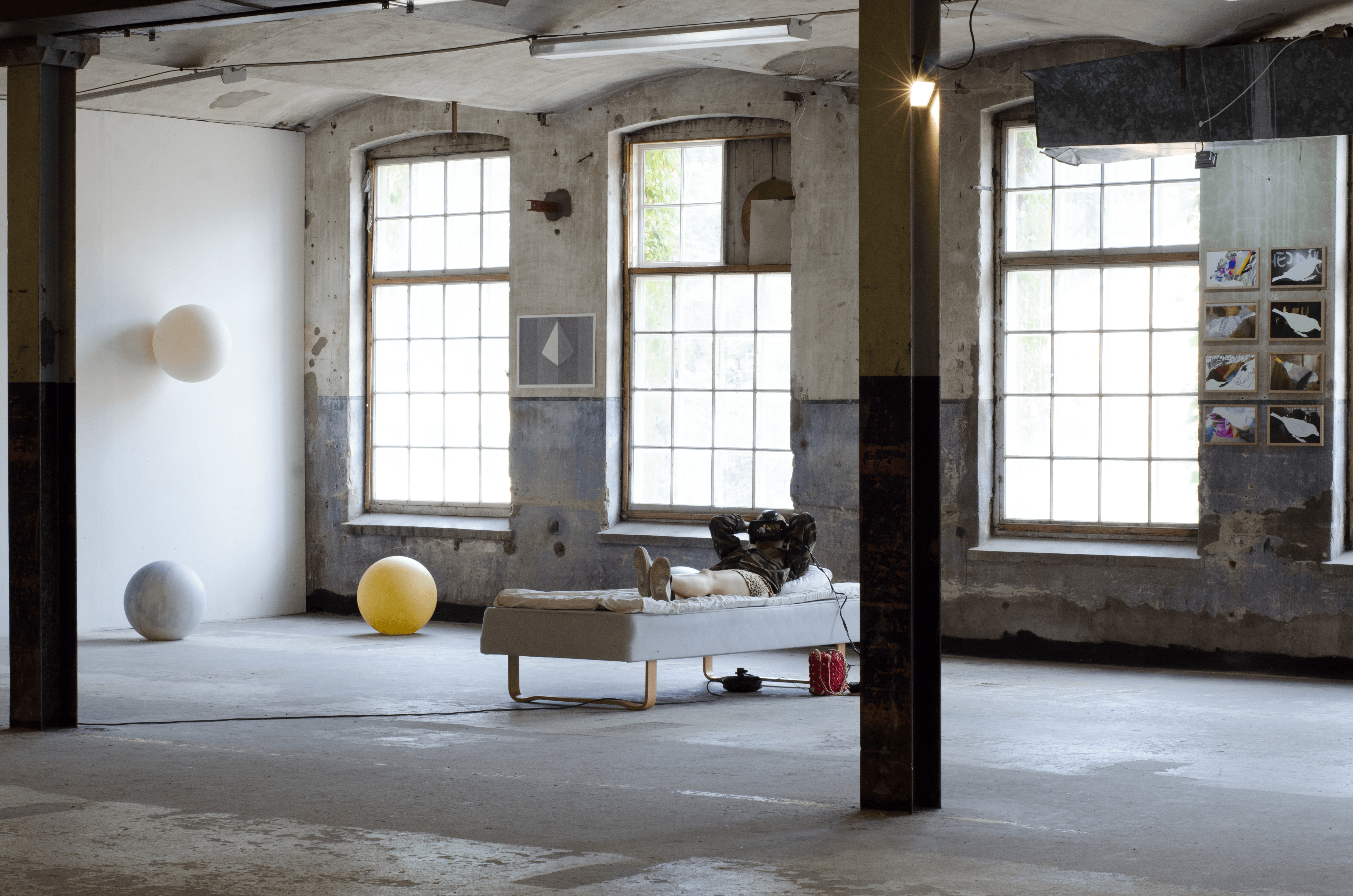 Love Letters is an installation using VR. The immersive experience takes place in three different bedroom environments. Every room contains a short story. Three different voices speak about their own desires in brief monologues that contemplate on how their experiences of subjugation and trauma are tied to nightmares and sexual fantasies. The narrator, who is unseen, functions as a sort of “inner voice” of the viewer who is completely absorbed by the virtual installation. The rooms in the VR-environment are all based on documentation of actual bedrooms. The embodied perspective is fundamental to both virtual reality and love letters. Courtney Love once said that “the language of love letters is the same as the language of suicide notes”. The narrator of a love letter is always speaking from an embodied position and addresses its reader directly. Everything is at stake and to read is to be accountable.

This work took off with deep interviews (45 minute conversations) with 8 different women during a performance of “faux therapy” sessions in Malmö in March 2018. The conversations revolved around erotic dreams, fantasies and memories. Instead of audio recording the testimonies notes were written down afterwards. The recollections were utilized in the construction of the fictional scripts that can be heard in the VR-installation. The immersive environments were constructed using point cloud data obtained by a Leica scanner and animations of patched-up VCR-noise and footage of tree branches. The material was treated in a way so that the characters of the scanned bedrooms are identifiable yet simultaneously distorted enough to seem otherworldly. The documentary material was processed and fictionalized in a similar way to the re-working of the oral testimonies.

Living in a post-digital age means existing simultaneously on- and offline. Social media consists of endless feeds depicting other people’s points of views. This constant access to various gazes creates an unstable and disembodied outlook on the world. Another aspect of online interaction is the abiding obligation to continuously reproduce the image of ourselves, an exercise which can result in self-objectification. This ability to see things from your own point of view and at the same time from the outside can be seen as a ‚Double Gaze‘. Andrea Long Chu writes in Females that “‘I’ll define as female any psychic operation in which the self is sacrificed to make room for the desires of another.” With this in mind, it could be said that the digitalization of social life generates a sort of feminized gaze. Love Letters examines how this Double Gaze comes into play in the realm of sexual desire.

This work makes use of documentary methods but ultimately creates a piece of fiction. The story doesn’t offer the resolution provided by a linear narrative but instead presents a slightly nauseating closed-circuit entrapment: The looping anecdotes shared by an unsettled polyphony of voices leave the responsibility to navigate and draw conclusions to the viewer. The artificial and decomposed look of the 3D-scanned bedrooms allude to “unreal” states such as dreams. The freed-up gaze provided by the VR-glasses combined with the fragmented sceneries call upon the agency of the viewer while pointing to the limitations of the scope that never succeeds to encompass the entire scene. Instead of offering the viewer one single privileged way of seeing, their own subjectivity is called upon to make out meaning and differentiate between perspectives.