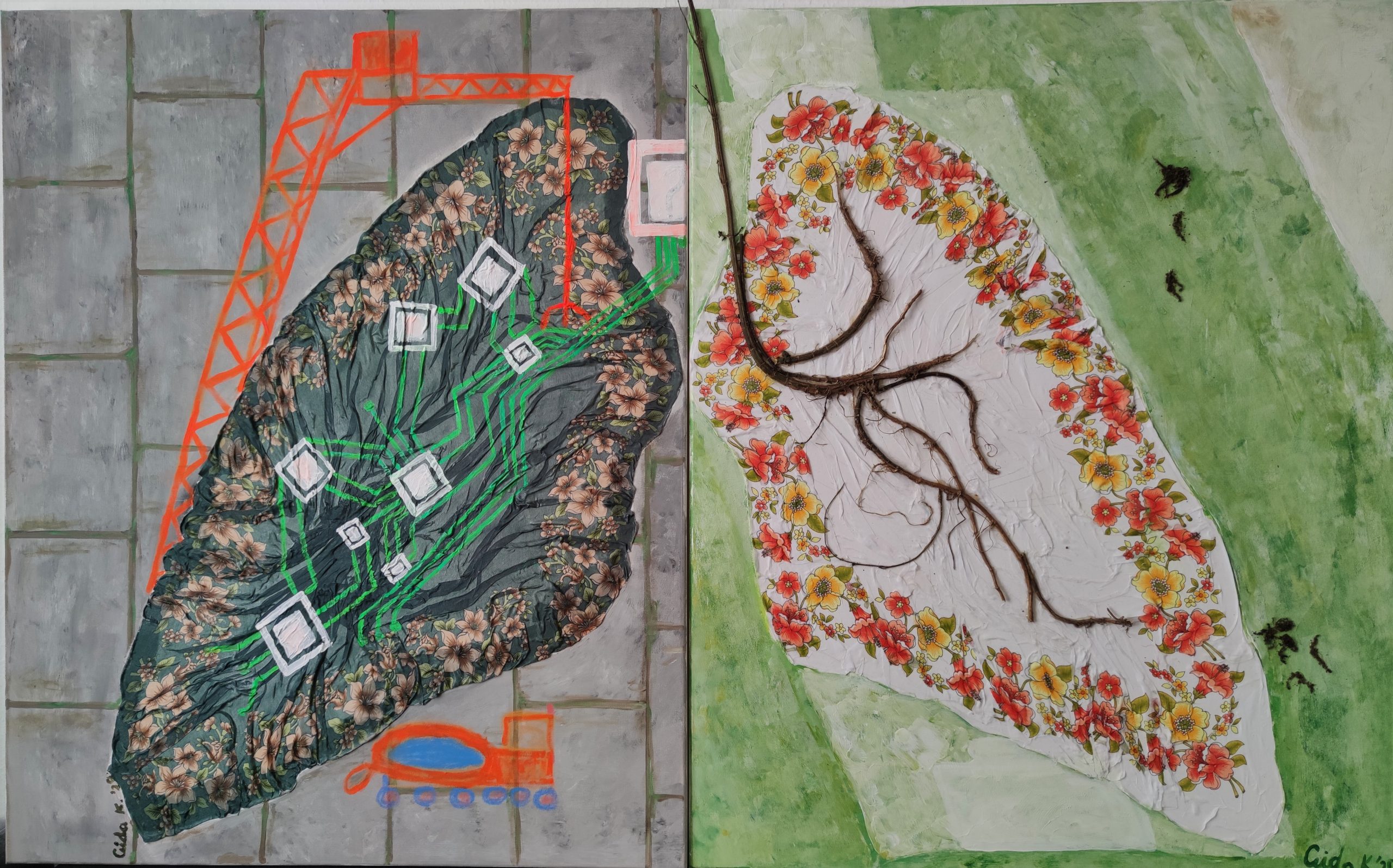 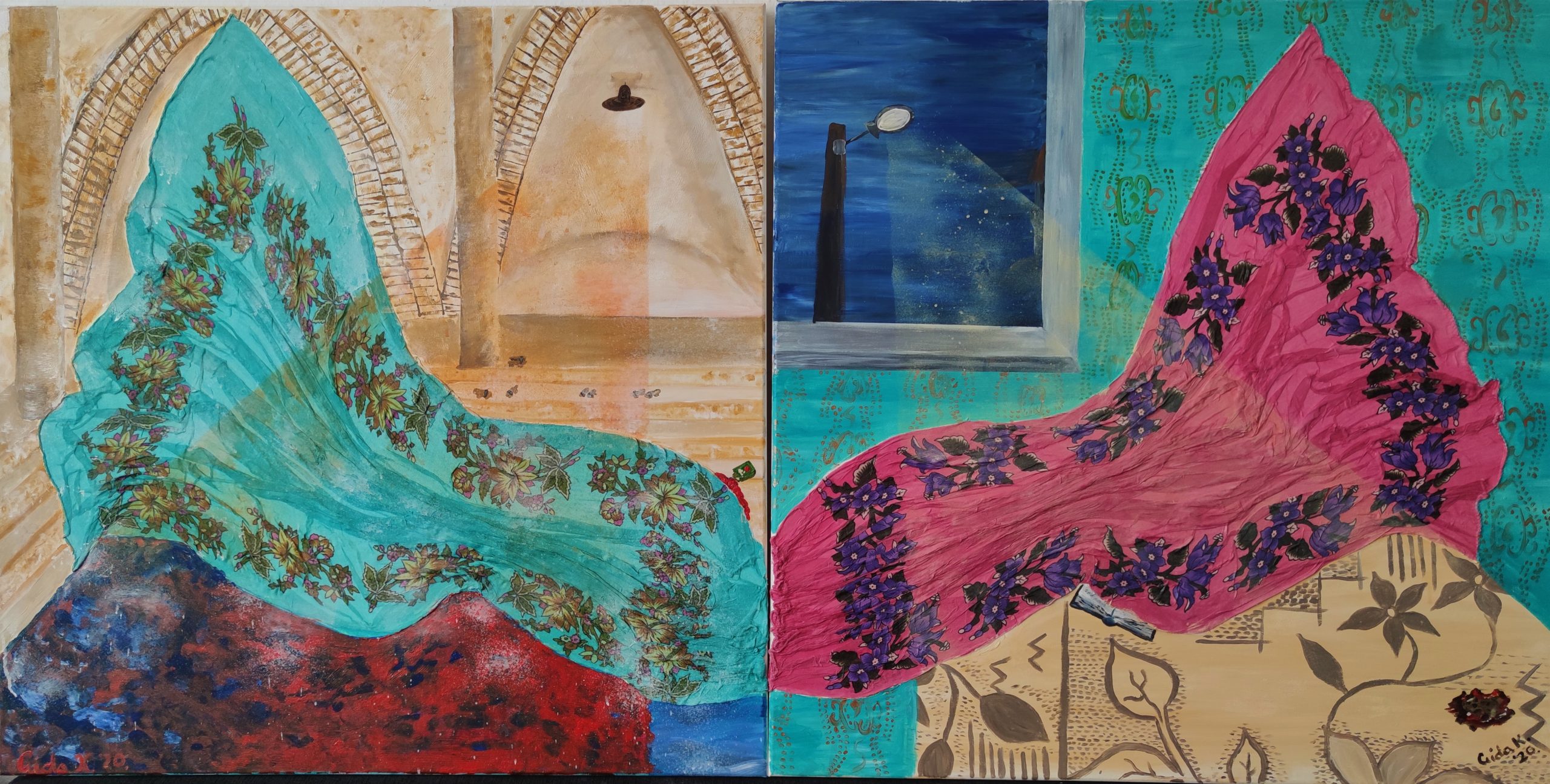 I am Aida Kožar, professional actress, 48 years old and I am coming from south/west of Serbia, region Sanjak, town Novi Pazar.
I live in Cologne since 2009 and until last year I was working between Serbia and Germany. In my career in Serbia I was principle of Regional Theatre in Novi Pazar (2005 – 2013), where I was directing theatre performances and where I was artistic director, too. I was also working as an actress in National Theatre of Kosovo, (Serbian Drama 1996/2017), where I was making dozen main roles. Beside that I was also docent for acting at Acting Academy, International University, Novi Pazar.
In Cologne work as a freelancer for Radio WDR, program on Serbian/Bosnian/Croatian language.
From last year I realised that I don’t have enough strength to continue to work between two countries. In order to continue to work in field of art and because I don’t speak perfect German, I decided to put myself into different artistic challenges. It is still mainly with theatre and stage performances, but I also work in audio form, painting and photography. My project “Manifesto fuer Zukuenftige Kunst/ Vier Elemente/ Wasser/ Feuer/ Luft/ Erde” is combination of audio instalation and painting. I think that art in future should catch audience faster than now, because people are used to have fast information which are getting mostly through fast media, Internet, TV and radio. That’s why I think that art should be faster, and I am occupying my thoughts what it could be done to make art faster. Not on “first ball” and only on surface, but what art can do to be fast and to move audience deep in their being. I came to conclusion that art can be made only of “key words” or “key symbols” which will tell the complete story in concise way.
I was writing “instructions” for future art in written form of Manifesto, in German, and then I was applying those instructions on example of my art.
Audio form is made of two parts: „Manifesto“ is made without back sounds, while „Vier Elemente“ is done with sounds of nature and technology.
Beside that I was painting four paintings, which are symbolising for me elements of water, fire, earth and air. For base of paintings I used traditional head scarfs that are used by women in my home region in order to cover their heads. Those scarfs are symbol of Muslim women in my home region and me, too. I applied scarfs on canvas in form of wings. Wings of bird which is flying, wide open, and in form of lungs, which are in certain sense wings, too.
I was putting element of fire in the room of my parents’ house, which means paradise for me and most people, too.
Element of water is in old hamam (Turkish public bath) where I was going with female part of my family as a small girl, and it is also symbolising paradise for me.
Element of earth is in form of Muslim grave. I was putting some nettle roots and seeds on it, which are symbolising strength after illness. In Islam is belief that pain is washing your sins away, and that through illness man is deserving paradise. (It is devoted to all victims of COVID 19 in my hometown, which was European hot spot for COVID 19 last month. Poor health system, corruption and not enough of qualified medicine workers are resulting that every daz was dozens of death. ZDF and Sueddeutsche Zeitung were reporting about that.)
Last element, air, is on the ground made of concrete blocks. It is symbolising technology which importance is compared with air. It is symbolising hell and dystopia, but children drawings beside it are giving hope that they will work in order make a world better. And that is symbolising paradise, too.
I was very happy to see your open call, because your questions about paradise and hell, utopia and dystopia are occupying my thoughts as well, and I try to give some answers on them. First to me, and than to audience, too. I would be even happier if we would have the same audience.
With best regards,
Aida