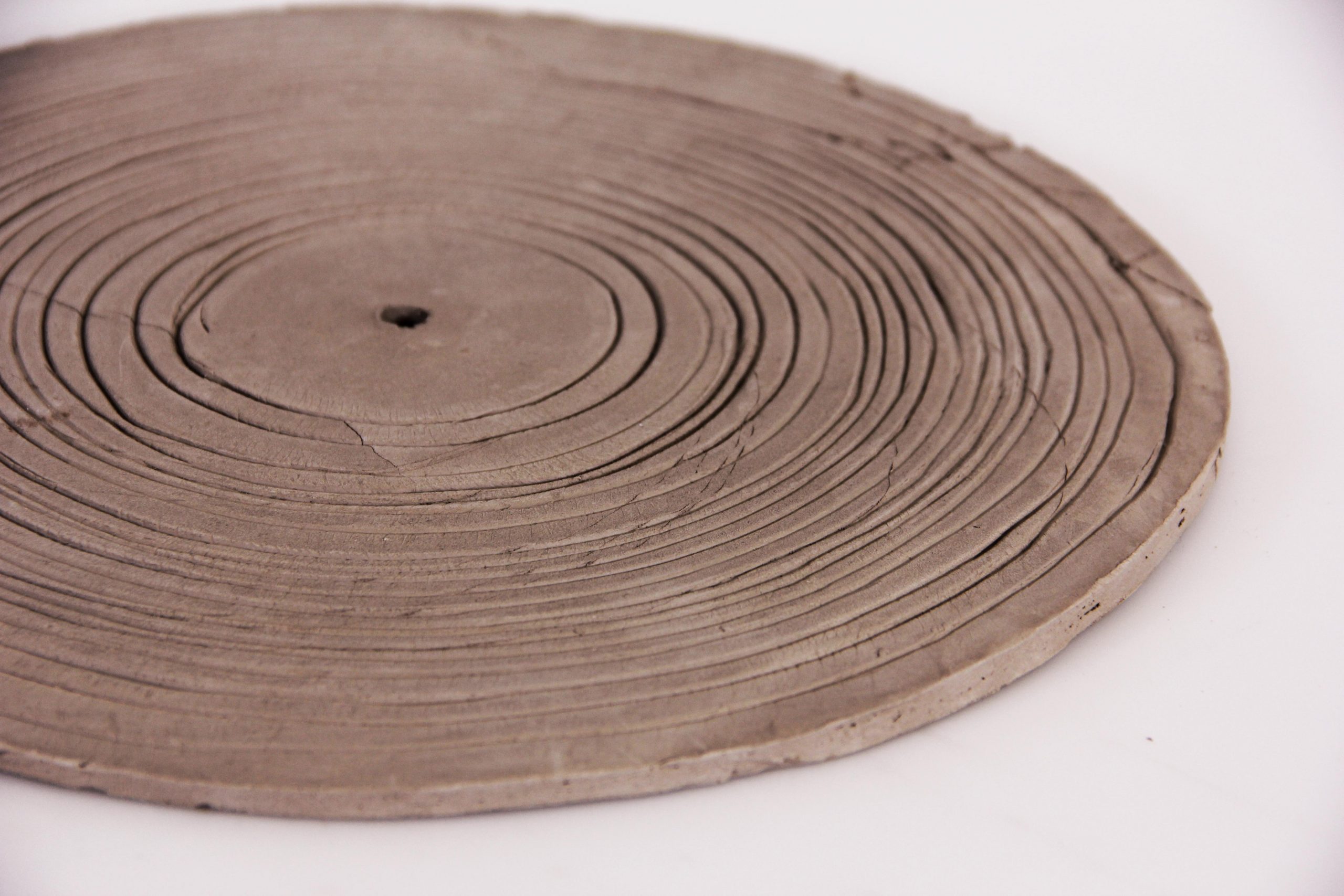 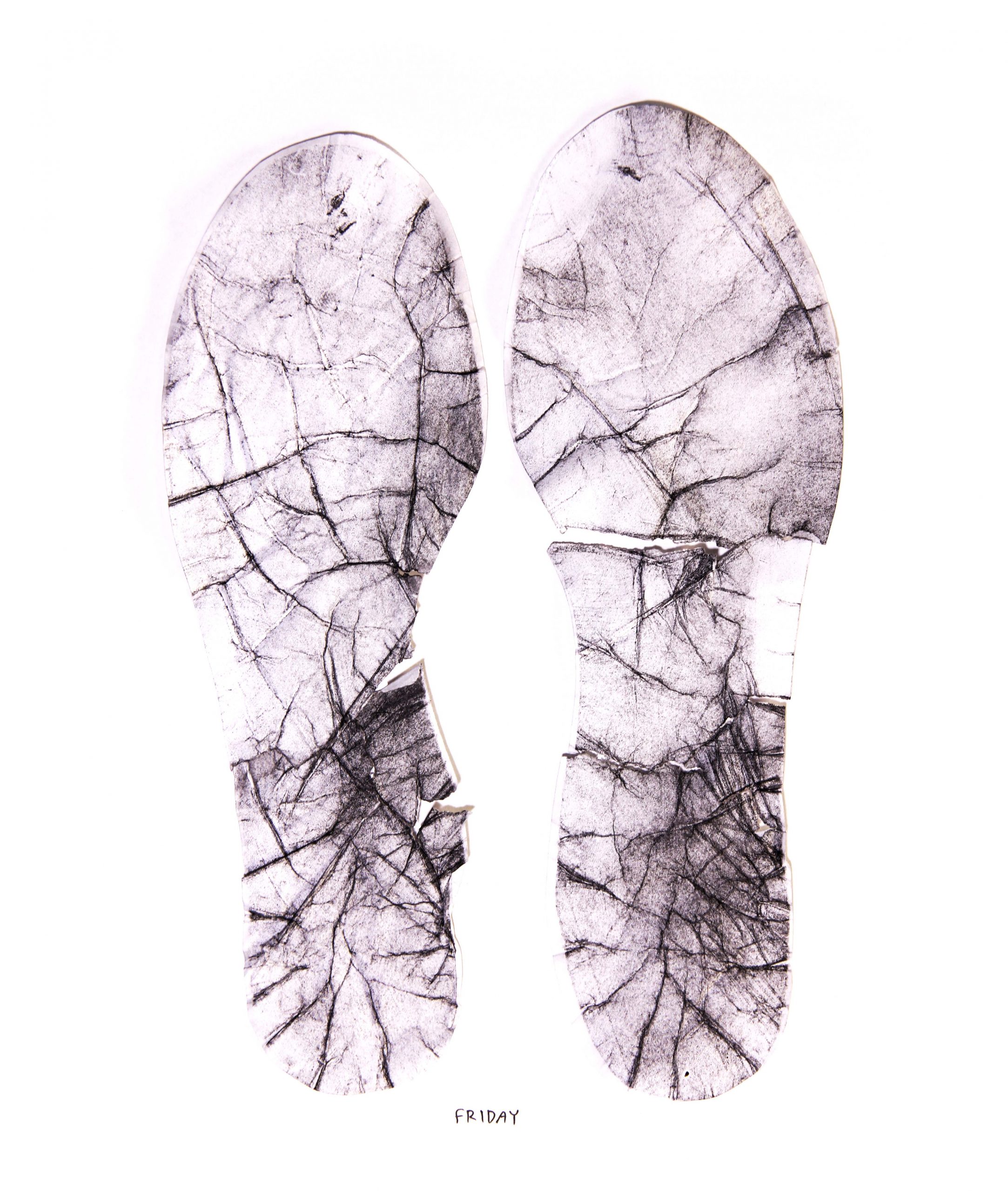 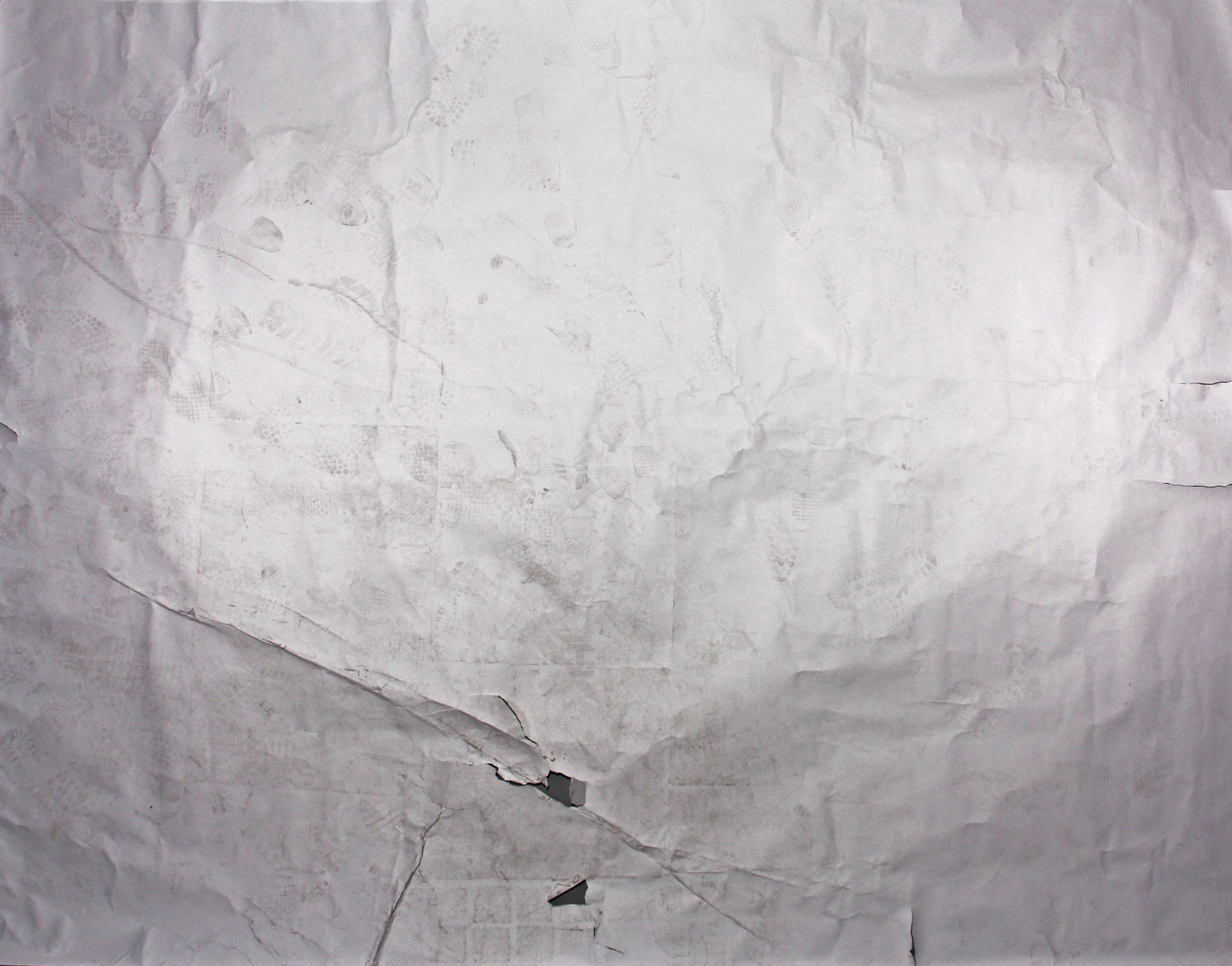 Project uses concepts of personalisation and territoriality to provide links with human agent, while accessing individual spaces in urban landscape. Observing how public space frameworks life, I negotiate my relationship with London by personalising movement path, commenting on the intertwined and inseparable nature between human element and space. Reshaping city through senses and allowing city to shape me, I use different ways to describe stimuli richness, formulated by heterogeneous capacities. Relating city vibe with body rhythms, I explore repeated motion through public space to define my ‘territory’ in it, investigating new ways of experiencing familiar surroundings using my body as a cartography device.

Trying to reveal relationship with city, I investigate connections between personal and public space negotiating their limits. Becoming an animal, I mark my ‘territory’ in cityscape with personal smell, depositing urine throughout my travel. An action allowing me to extend individual space and personalise urban environment, adding human dimension while claiming parts of London for myself. Examining ways to visualize trails and describe presence in the world, I let people walk on paper so that their traces intertwine with personal marks on it, blending my movement with urban activity.

As locomotor movements relate to shifting through space, feet connect us to our surroundings. When in a vehicle you stop being a wayfarer. Speed of travel creates time and space compression. Transport lines along which we travel render us passive. Using walking as an active tool of investigating city, I record my footsteps for consecutive days of daily commute. Treating walk as the repetitive transfer of weight from one foot to another, I use feet as a printing press marking my body’s relation with earth’s gravity. Incorporating carbon paper as a printing medium between foot and insole, pressure and humidity of my body shapes the sheet, capturing periodic movement and unfolding my journey’s cartography in urban landscape.

Using my body as receiver of spatial information, I investigate mutual interaction between myself and people in common open space. Developing on the relationship between physical and mechanical process of data, I examine how skin receives contact from material world and sends their report inwards. I construct a clay disk by diluting soil and dirt collected throughout my travel. A condensed version of physical landscape commenting on the relationship between body and its settings, disk is embossed with a path as my fingernail changes pressure according to surrounding airflow, created by trains crossing and public circulation. Taking advantage of body’s sensory apparatus, I sense breeze variations through wind friction triggering skin. Following engraving, I put my nail in place of the stylus. Turntable becomes a pottery wheel that ‘reads’ sculptural surface through fingernail, enabling collaboration between organic and mechanical elements in data conversion. An equation where body is the constant and city is the variable, as I am trying to capture memories of people’s flow in environment, complexities and overlapping actions.

My intention is investigating qualities that usually constitute background of acts in environment, using my receptors in order to reveal them. Transitioning from visible to hidden, this is an effort to analyse with measuring mechanisms depending on human element, as senses provide the biological basis for behaviour and communication in space. Studying levels and depths of space enables further understanding of public domain, manifesting that stimuli are not the causes of perceived world, but rather its developers. By creating records and evaluations of place, I aspire to bridge human factor with space, time and movement, translating environment’s dynamic energy to a medium that we can understand.