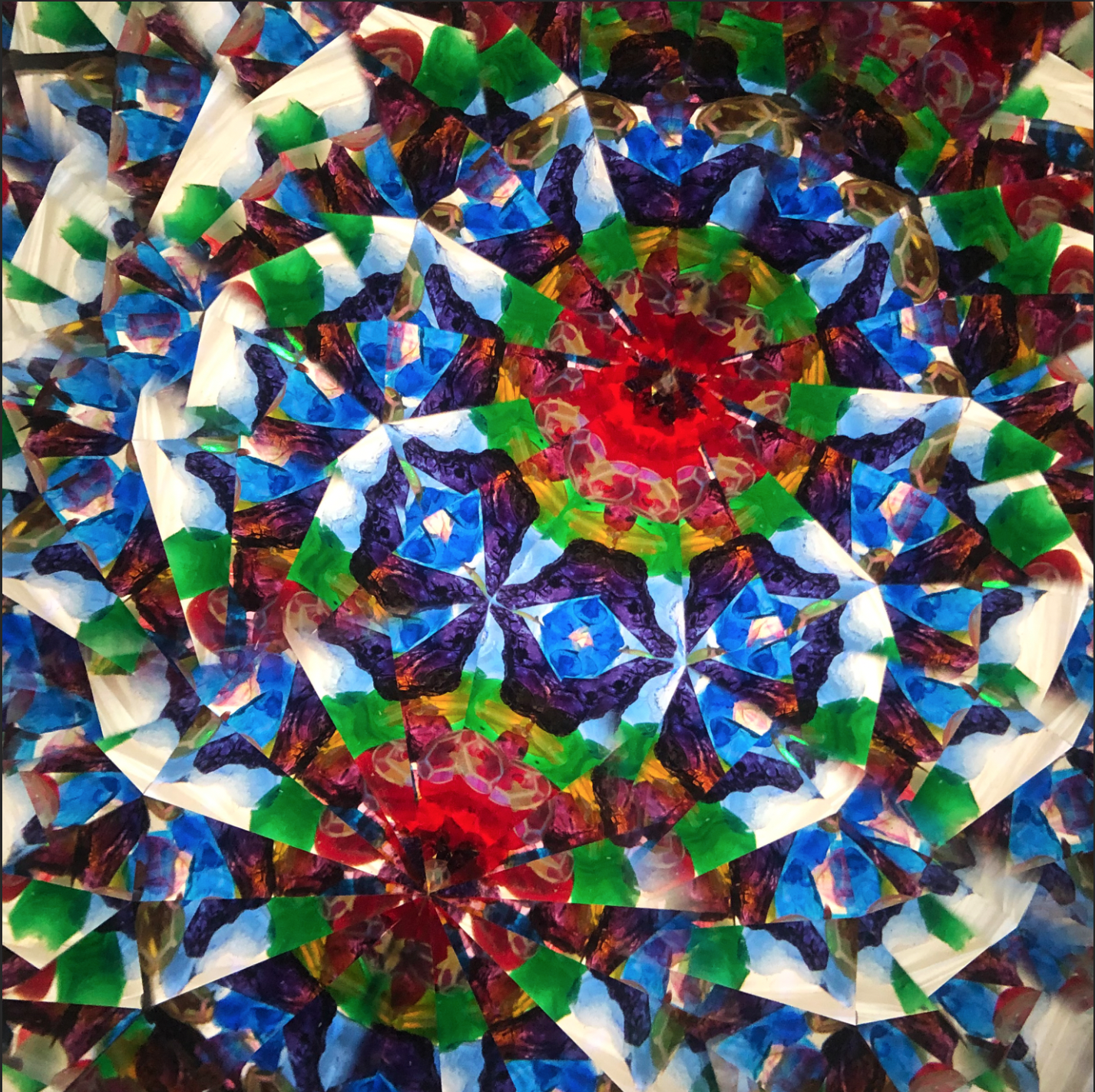 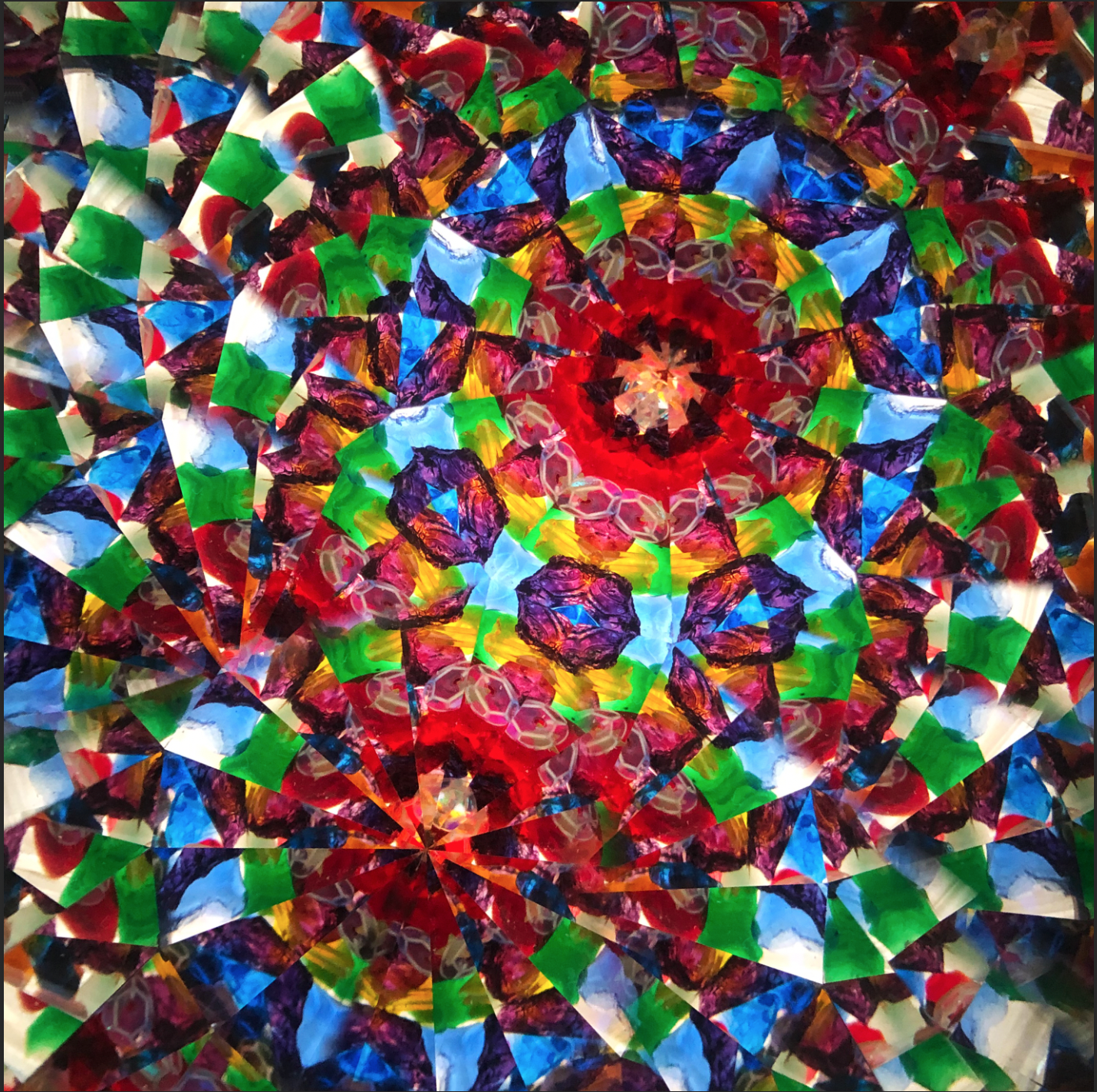 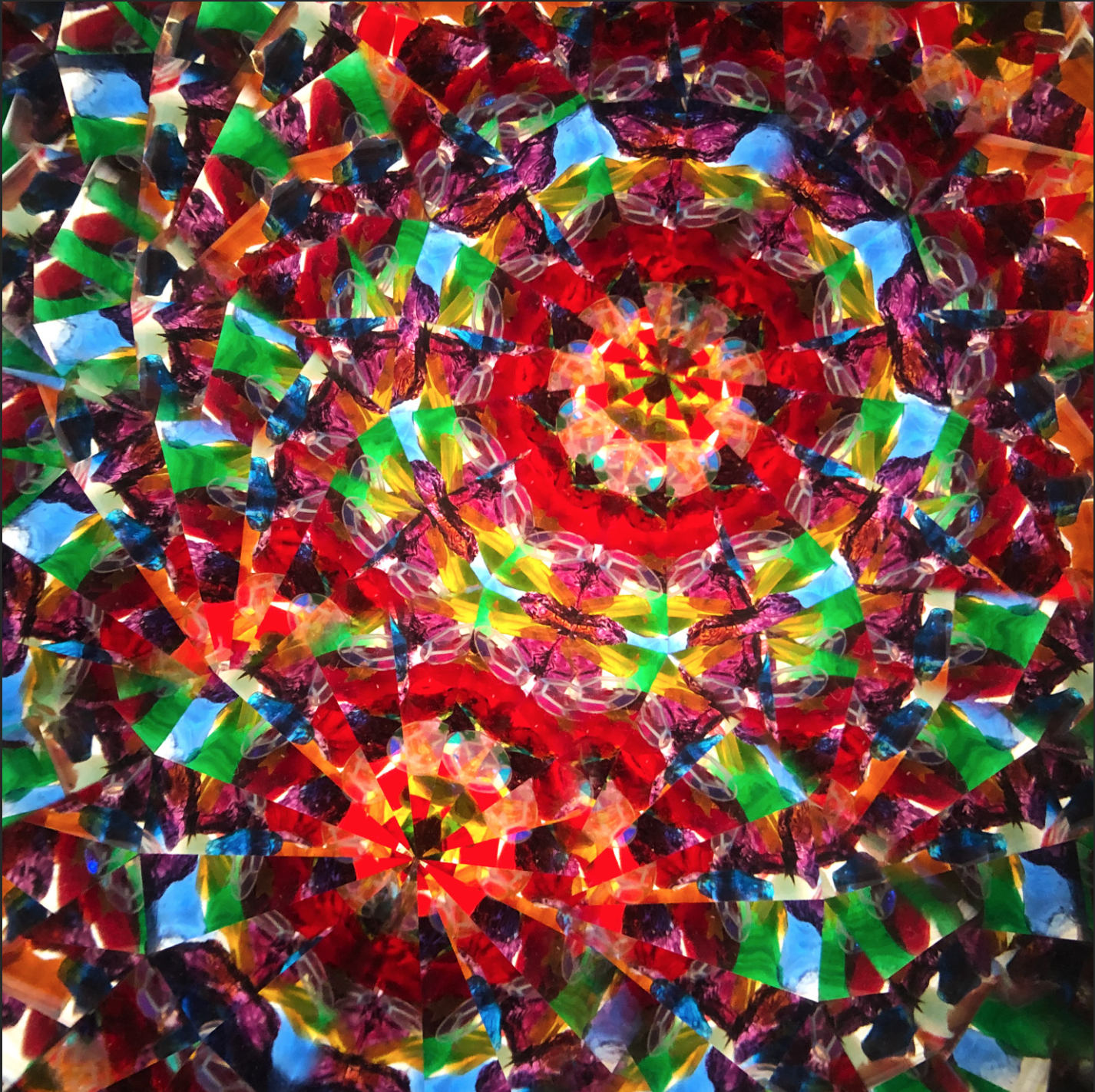 Art Work:
The projections kaleidoscopes produce are fleeting and difficult to replicate, the illusion of the infinite evokes Islamic geometric design or mandalas, but they support no doctrine, simply providing a moment of stillness and observation, one that is sadly often lacking in our contemporary worlds. The tesselations recall Escher’s brightly woven figures and the patterns invoke the fractals, whilst the colour and the movement could be free associated with the 1960s hippy culture of tie-dye and hallucinogens. Disregarding these passive associations these pieces remind us of the complexity of existence, the patterns that repeat, the diversity we should delight in and the joy of experience. They represent the act of interruption and momentary play; a childhood innocence long forgotten. A moment of reflection can be a revolutionary act.

The oscillation of the surfaces allows you to detect the exact relation of one moment to the other. This isn’t a piece that you can stand passively in front of but like the original object it demands an interaction, in this case, a movement across the gallery space. The body moves but the mind is focused. This is an inversion of the relationship between movement and animation in the original object, the public and the private act of looking, the performance of discovery.

Lenticulars were used in World War II by the military to train soldiers in bomb sighting and then later became mass-produced for commercial advertisements, but here in Oscillations they are elevated to art and attempt to reflect on the transcendental nature of existence. Even if they fail is there a more beautiful aspiration for an object than that?