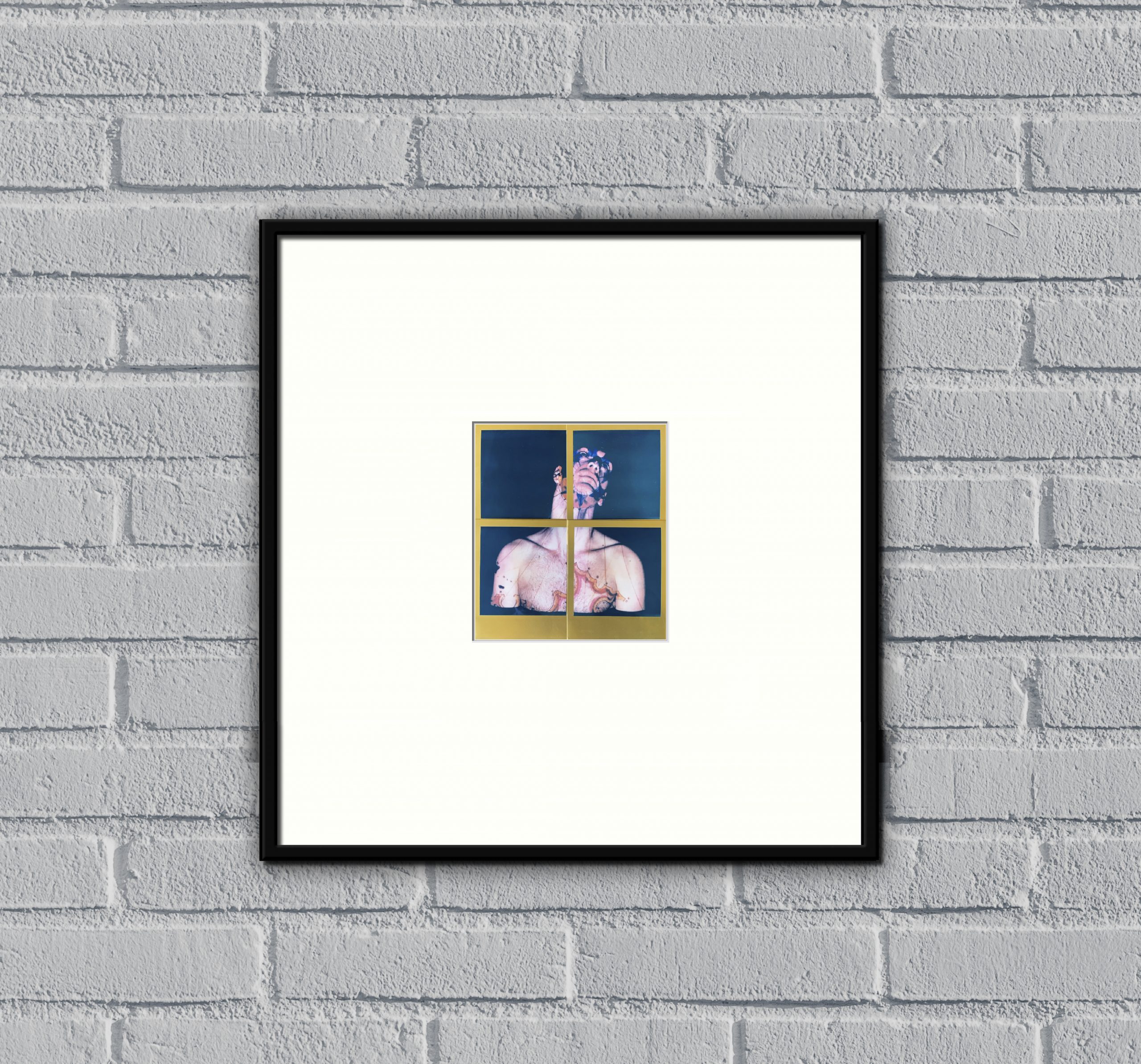 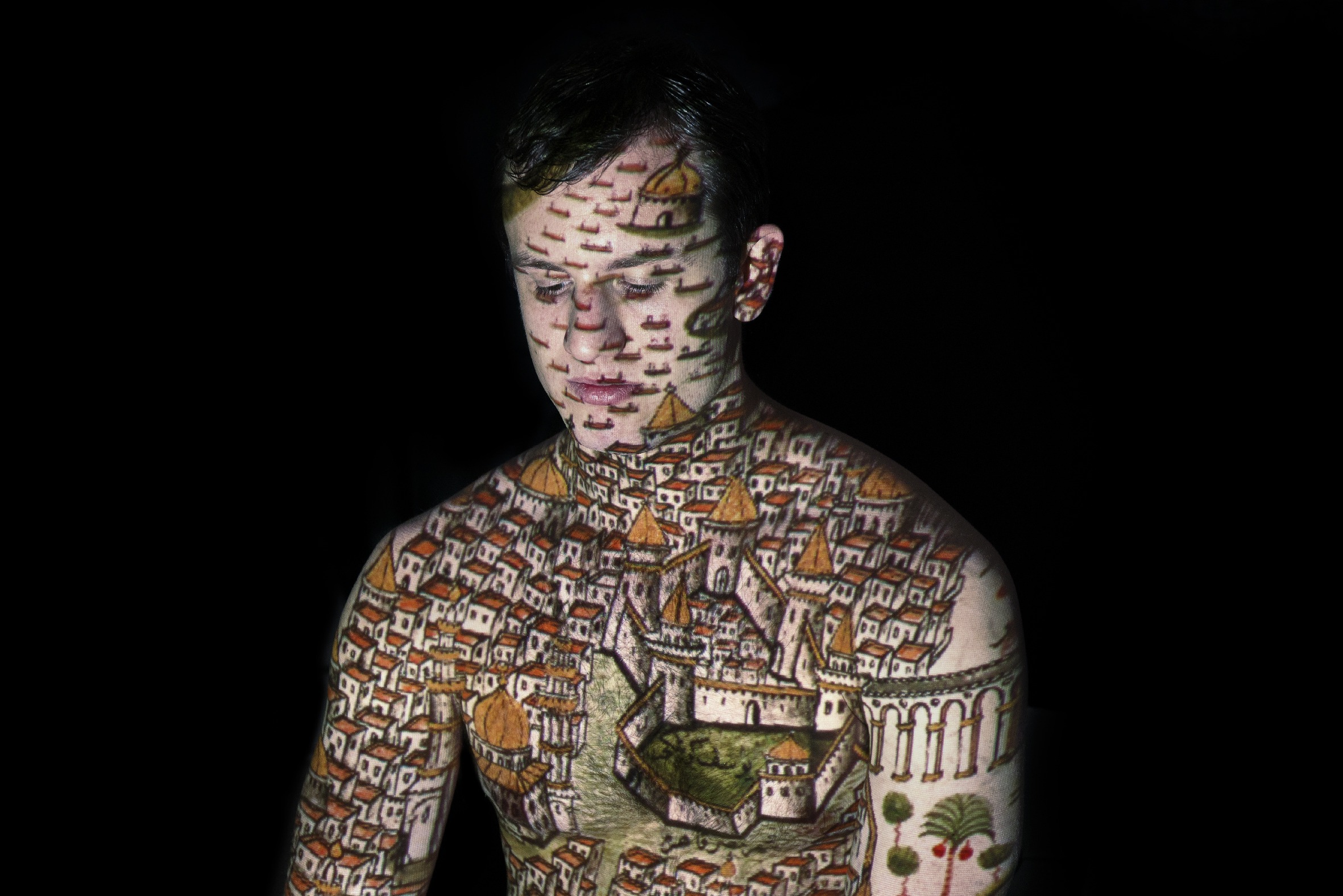 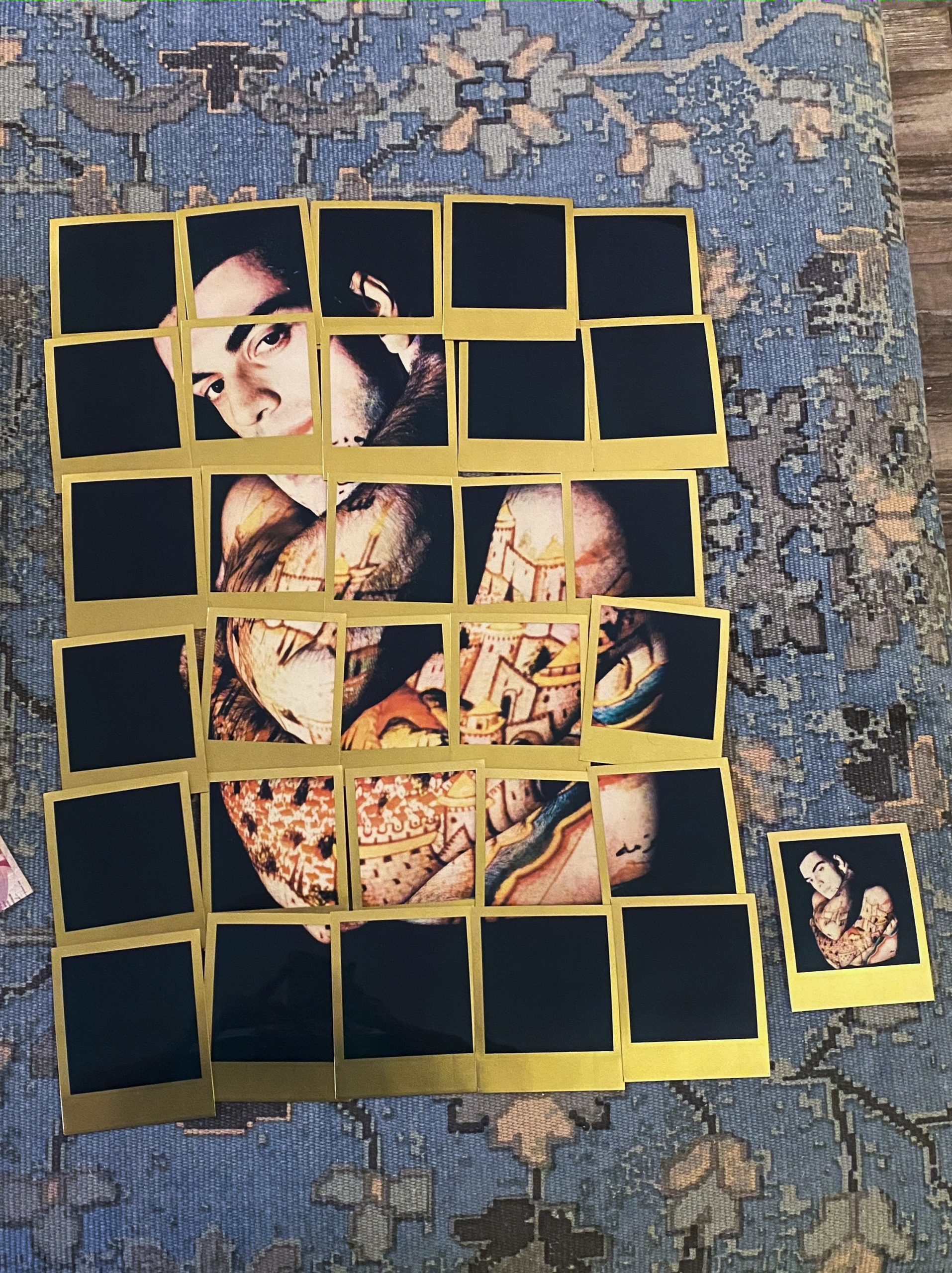 These maps, hand-painted in gold ink by Piri Reis, the Ottoman cartographer and admiral who is responsible for creating one of the first maps of the known world. The reverence and care with which the details convey the „conquered“ territories of the Ottoman Empire, as well as unconquerable territories, such as Venice, contains a great deal of poetic implications. Furthermore, this series is an expansion of my existing projection practice in which I associate the visual legacy of the Ottoman Empire with the male nude, eroticizing the canvas, and by association, the landscape.
When printed on gold polaroids, mimicking the gold ink used in the maps, the image lends itself to be redistribution and reorientation, almost akin to a conquered land. But this also allows the concept of play to be considered, as the polaroids can be framed with magnetic backs individually, allowing an audience to bring the piece together, like the pieces of a puzzle, or disrupt the original map to create something new altogether.