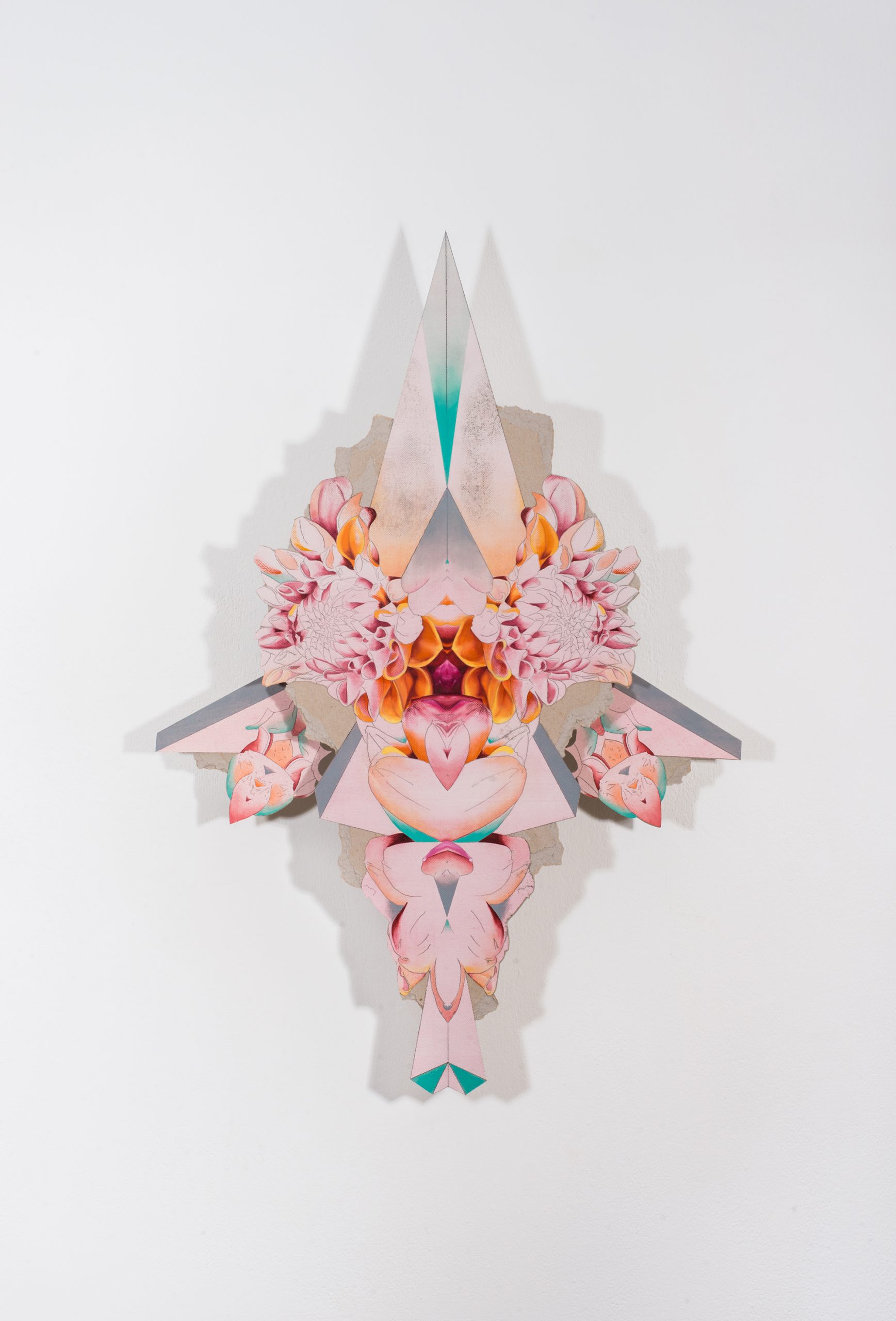 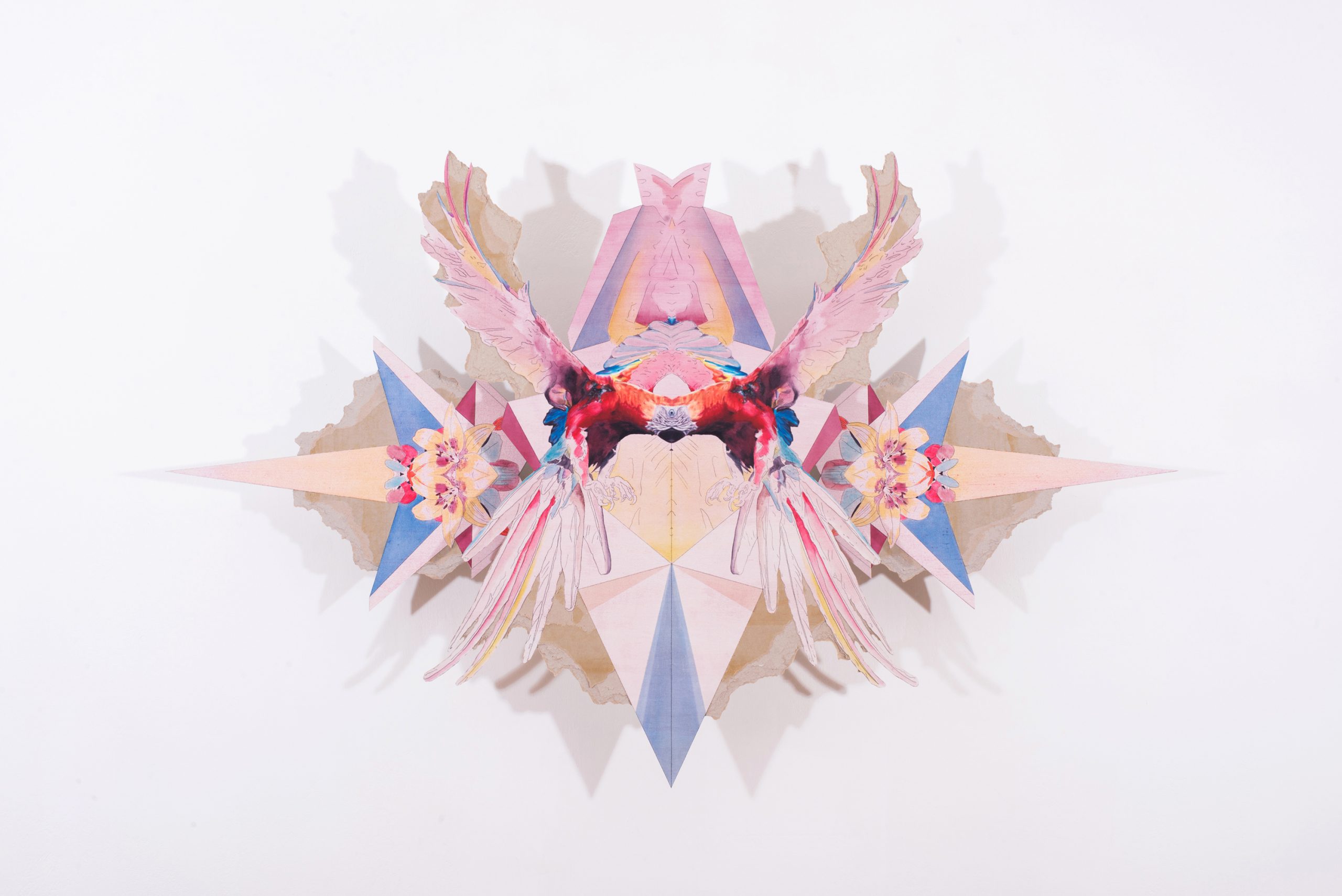 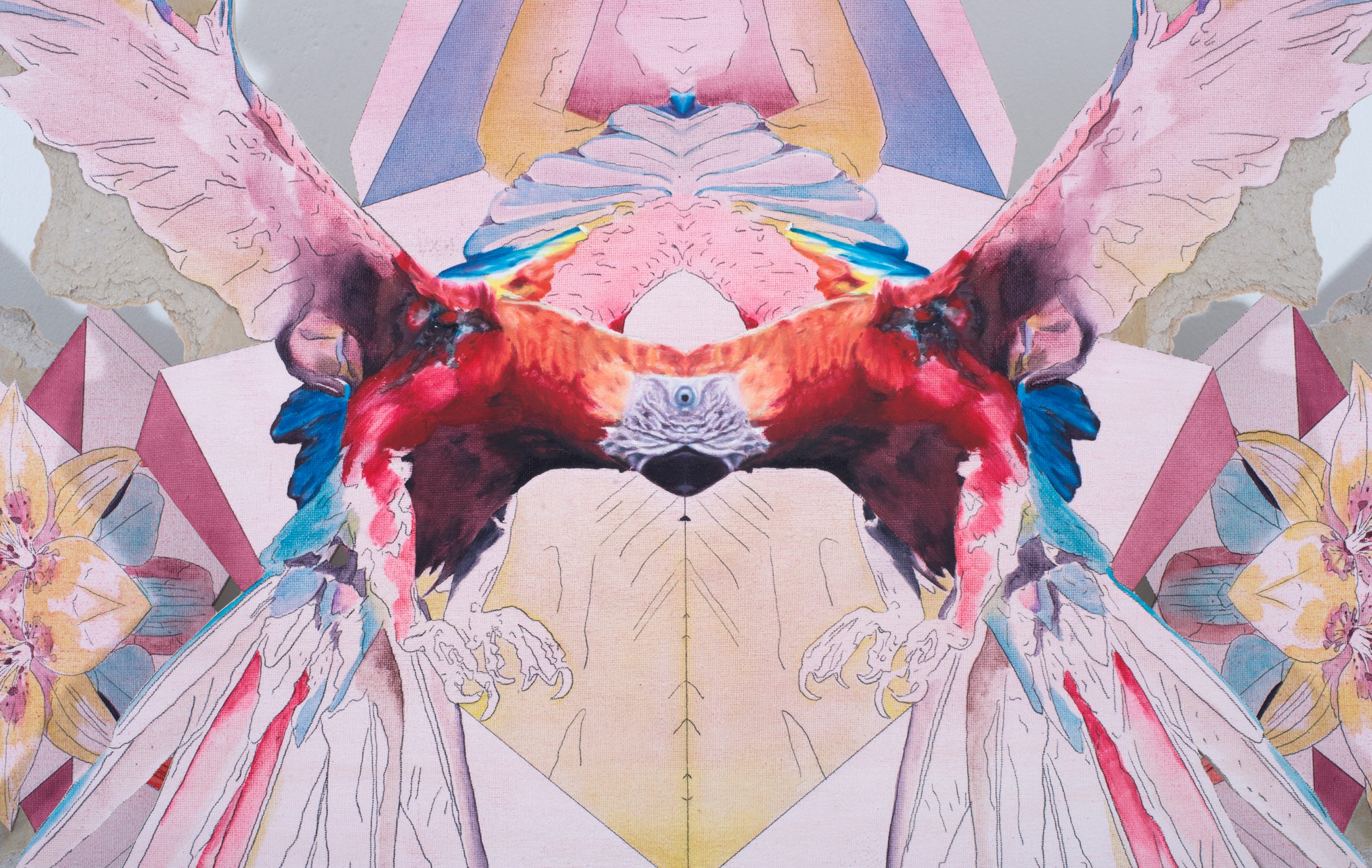 The pieces featured here are two pictorial structures on canvas panels, produced with a technique akin to hyperrealism, which represent a further development of tableaux. Based on the principles of reflection and symmetry, the artist manages to abstract the images that inspire her, generating a tension that figurative language cannot resolve.
The artist’s chosen iconography of flowers and exotic birds clearly alludes to the American continent, where she was born. Based on these elements, she explores a topic established during the first years of the Spanish conquest: the search for the Garden of Eden in the “New World”. The exuberant and unknown flora and fauna that the Europeans found could only confirm that they were near that region which medieval theologians had profusely described.
Taking possession of this theme, the artist features the garden in these pieces not only as a representation of a domesticated, human-scale nature, but as a space where mythologies from various cultural and artistic milieus are encoded. Here, these classical, Christian, indigenous, and colonial perspectives (among others) become hybridized and project themselves onto the pictorial space. The garden that Andrea presents is a place where fantasy comes true, offering earthly and spiritual refuge from the vagaries of existence. This vision accounts for the organic nature of the palette and the geometric shapes that she constructs, which constitute an attempt to evoke the solace of paradise.