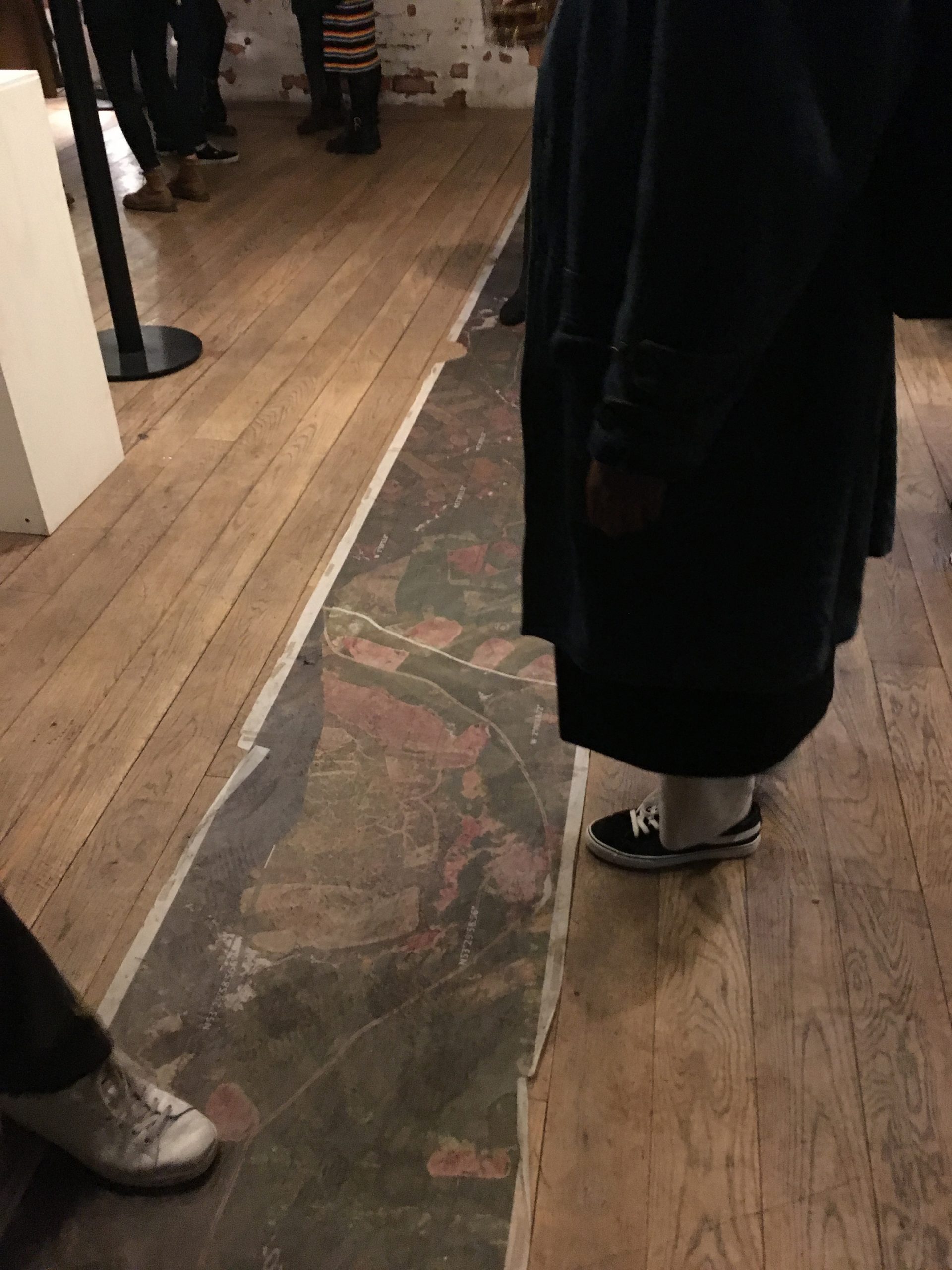 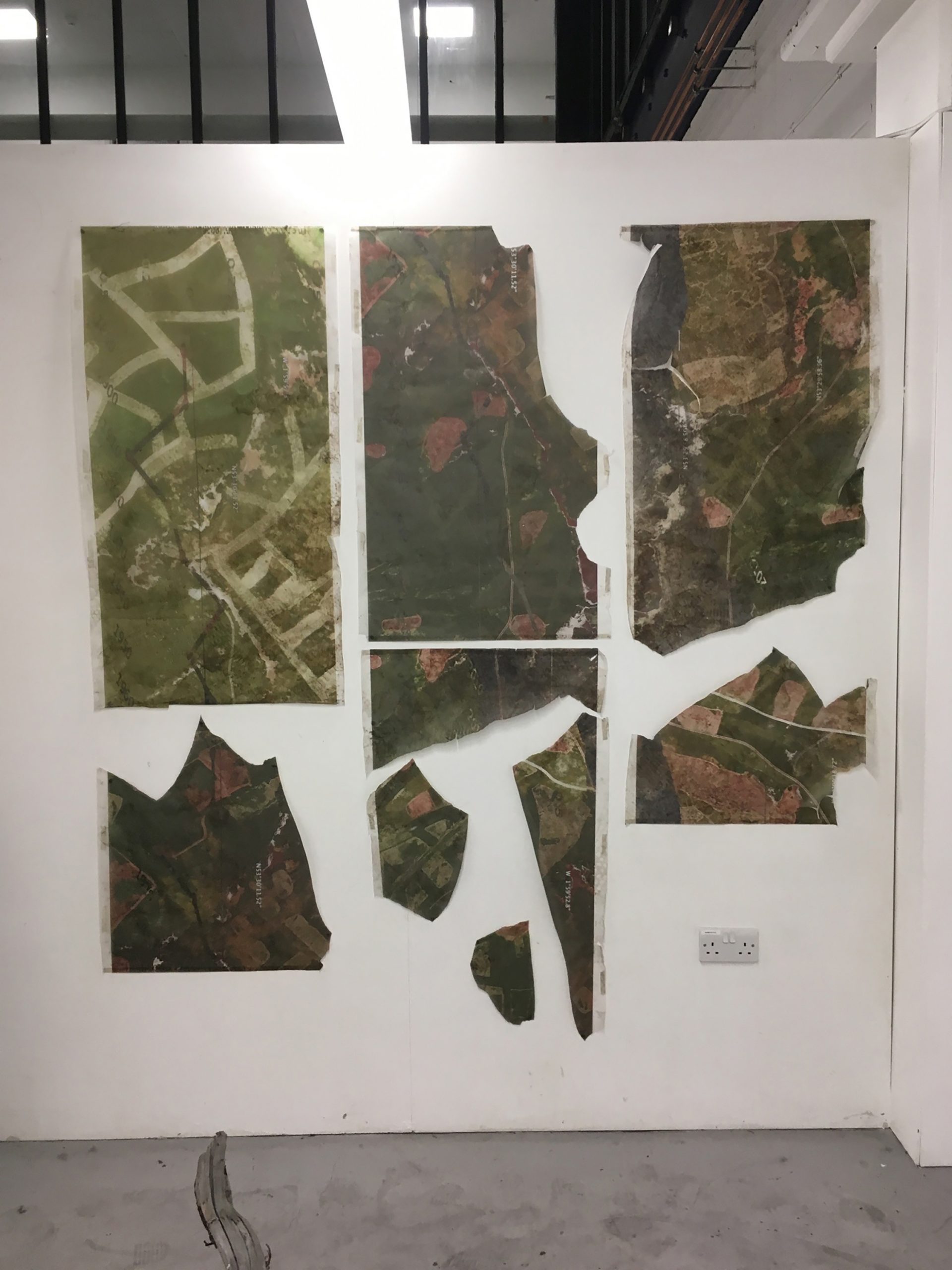 This work looks at the reciprocal trauma that humans and the rest of nature inflict
on each other.

Climate change and poor land management exacerbated the fires on Saddleworth
Moor and Winter Hill in 2018. The protective blanket bog of sphagnum moss
that could have reduced the damage was lost when the moors soaked up acid rain
during the Industrial Revolution. 200 years on, the burning peat releases that same
stored pollution back into the air as the smog blows over Manchester. That summer
we were breathing in hydrogen cyanide, ammonia, benzene, increased levels of
heavy metals and NO2 particulates among other industrial pollutants.

Satellite images of the landscape show traces of industrial degradation, and then
the fires pumping this back out into the air.

The exhibition piece was initiated from satellite imagery. I observed changes over time and traces of human activity within historic images generated using the Google Earth timeline feature. I printed the images on tracing paper giving it a tactile and painterly effect. This gives the image a fragility.

The piece cuts through the room disrupting the viewer’s movement unavoidably. It is ephemeral in its space and bears the traces of the evening, destroyed in the process of being shown, as more people walk over it, around it, through it. The remnants later form another artwork, adapting and changing.

The concept of the Anthropocene has a clear relevance to my practice and this exhibition piece, territories being “..the sustained form of the relationship between human cohabitation and material processes, unfolding in time and across space” (Palmasino & Ronnskog, 2018)

The industrial revolution has changed the moors from a blanket bog to the topography we see today through the effects of acid rain killing the sphagnum moss and allowing the peat to dry out. This pollution was then stored within the peat and released during the fires. I was taken by the idea that our own historic pollution was being thrown back at us.

Susan Schuppli’s interest in the evidentiary, “the fundamental visual dynamics of material transformations caused by the Anthropocene” (Schluppi, 2016), was also influential on my artwork. The smoke you see in the final image of Saddleworth shows the evidence of the pollution from the nineteenth century.