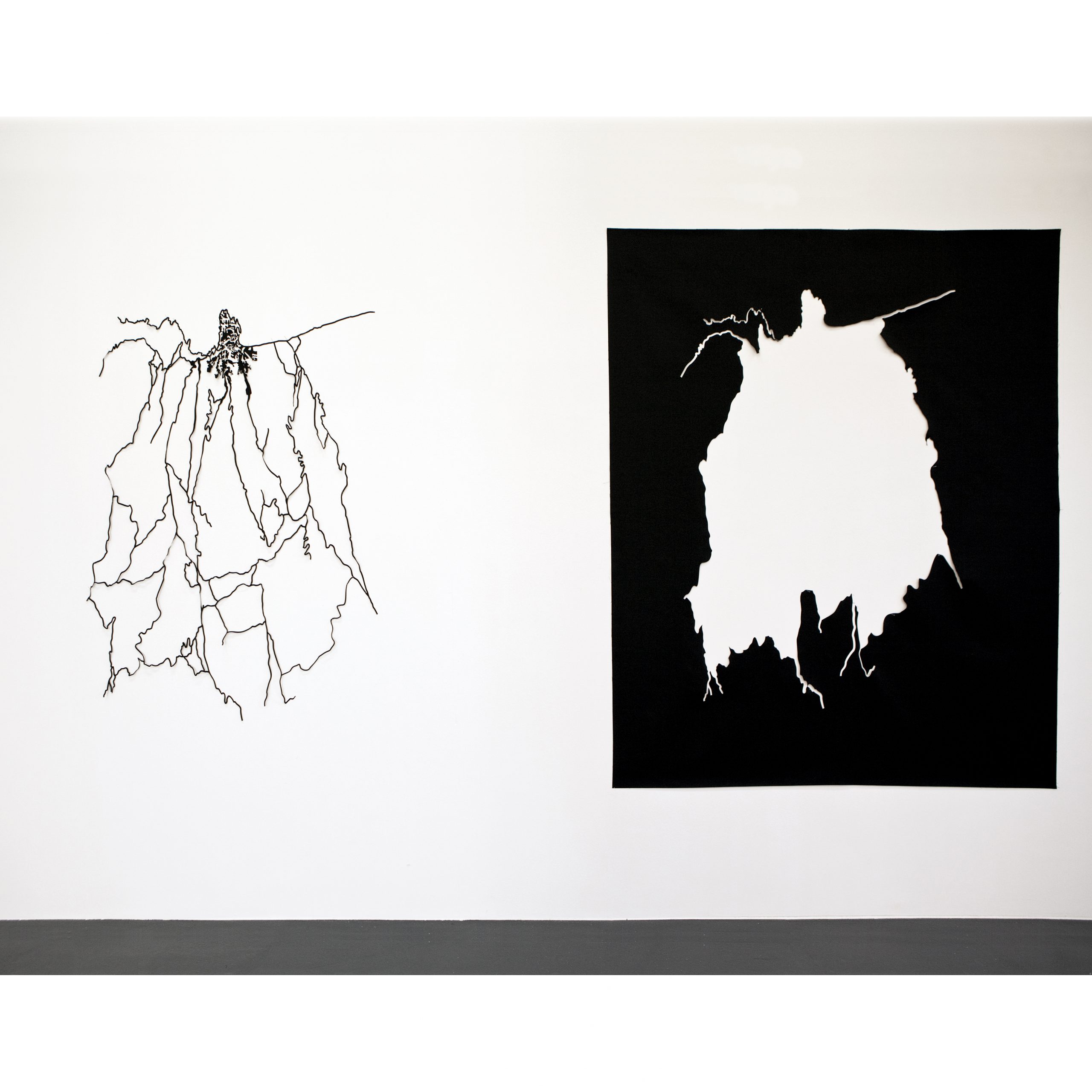 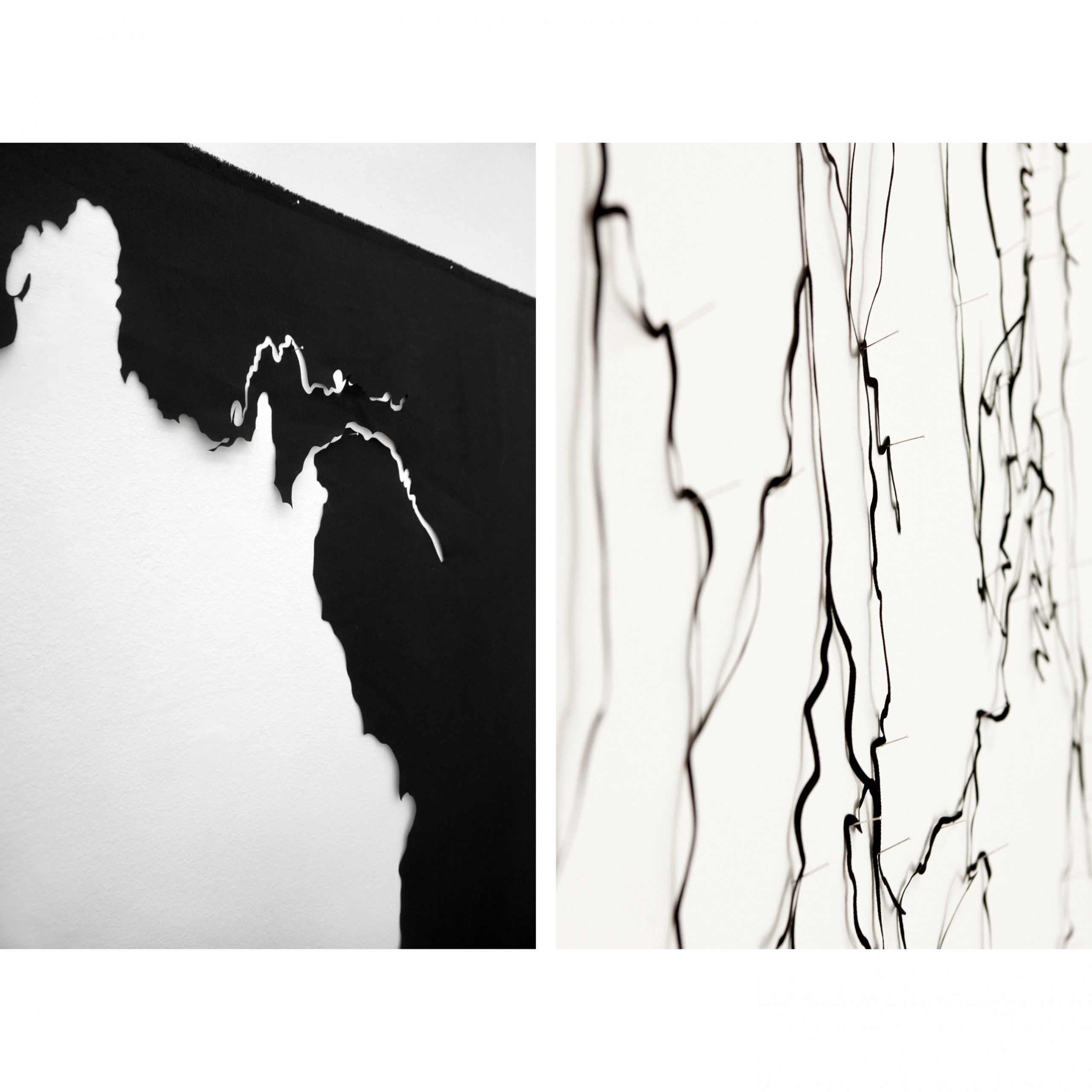 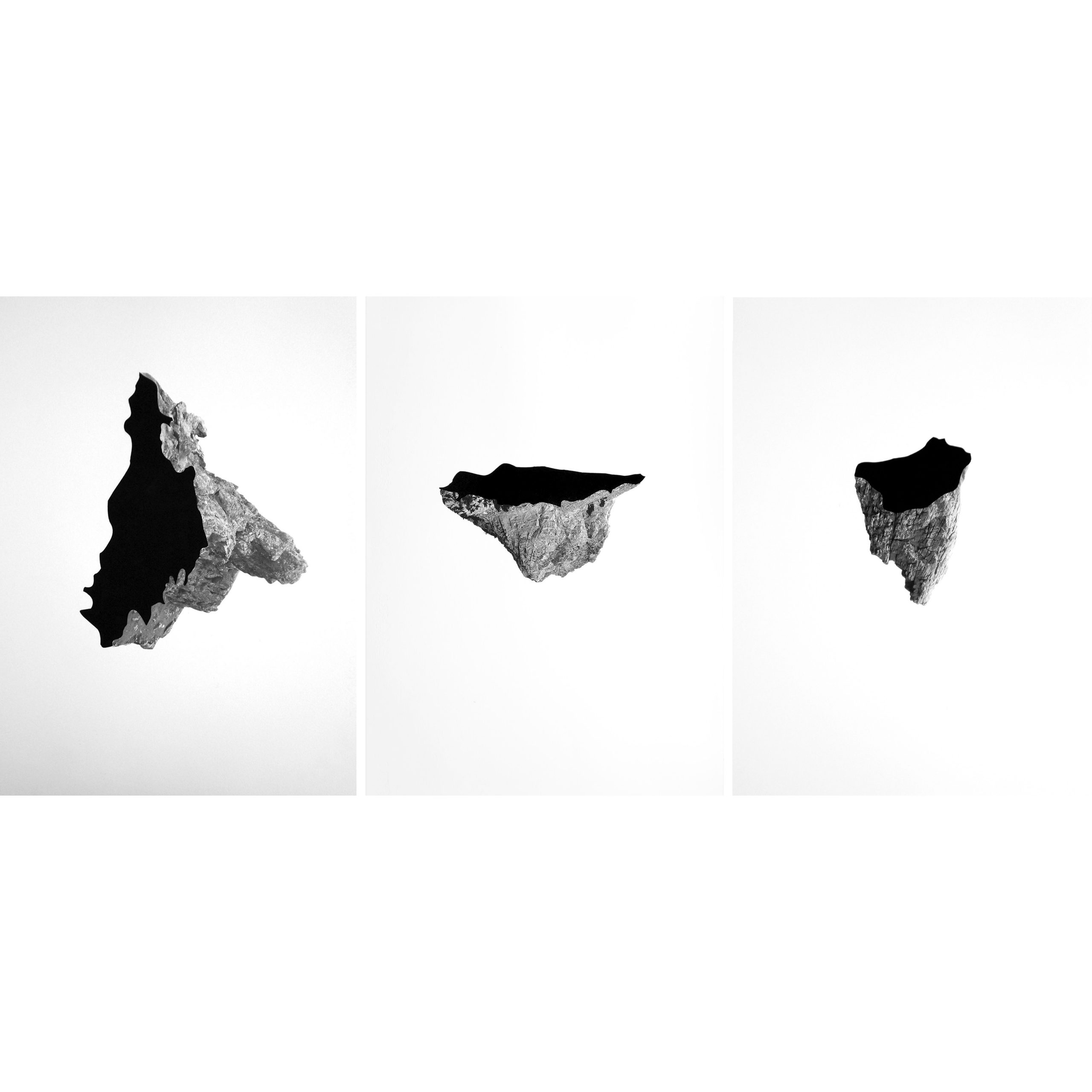 “Continued Land” departs from the idea Pangea, the great original continent.
From a large black canvas the outline of an anonymous map is cut out, from which emerges an empty silhouette of the territory, the corresponding “lines” of the maps, as well as the surfaces that remain between them. With all these remains I created a kind of graphic narrative that has broken down into different pieces that form a “whole”, because if rejoining all the “pieces” we would got back to the the initial black canvas.

“Perhaps Maria thought of Pangea, a geological hyper cell, a kind of slow dance and remote ground beneath our fear; our panic is extreme when we think of its violent language. It exceeds us. This dance formed the world only through its incandescent and extreme blood, with no other image than a constant process: millions of years forming and erasing from the liquid map of life landscapes that we never saw, the ones we see and the ones we will never see. The cell, the organism weaving the fabric that gets wrinkled, torn apart and constantly changes, is inside our bones, inside the ground, the rocks, the fossils of extinct plants and animals. Therefore, the exciting vertigo of time, the infinite measuring to the point of not being such. But space, an elusive entity, is something we can at least understand through imagination and Pangea will then be as an imaginative game of creative source and transformation […]* .

This project was showed in 2014 as an individual exhibition in the AJG Gallery (Seville, Spain, 2104), and was part of the exhibition “The Conquest of the Impossible” (curated by Javier Martín-Jiménez) at Brancovan Palaces. Cultural Center Mogosoaia, Bucharest, Romania and in “Places that appear” (curated by Adriana Domínguez Velasco) in the Knoerle & Baettig Gallery, Winterthur, Switzerland. It also represented the AJG gallery as a solo show project at the Arte Santander (Spain).
* María García Ibáñez Self-Referential Geography, Plinio Villagrán, 2014 (Artist / Art critic)