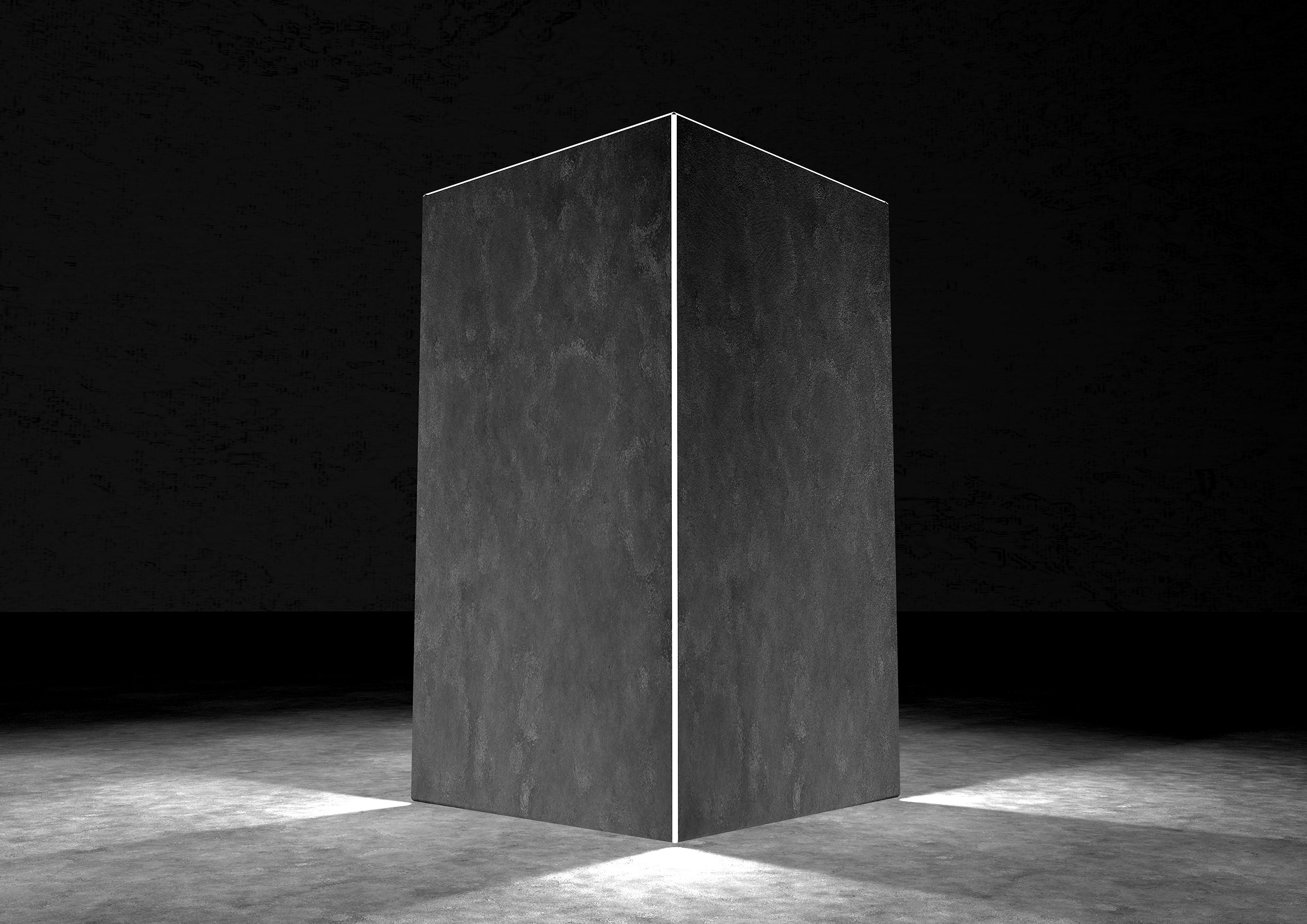 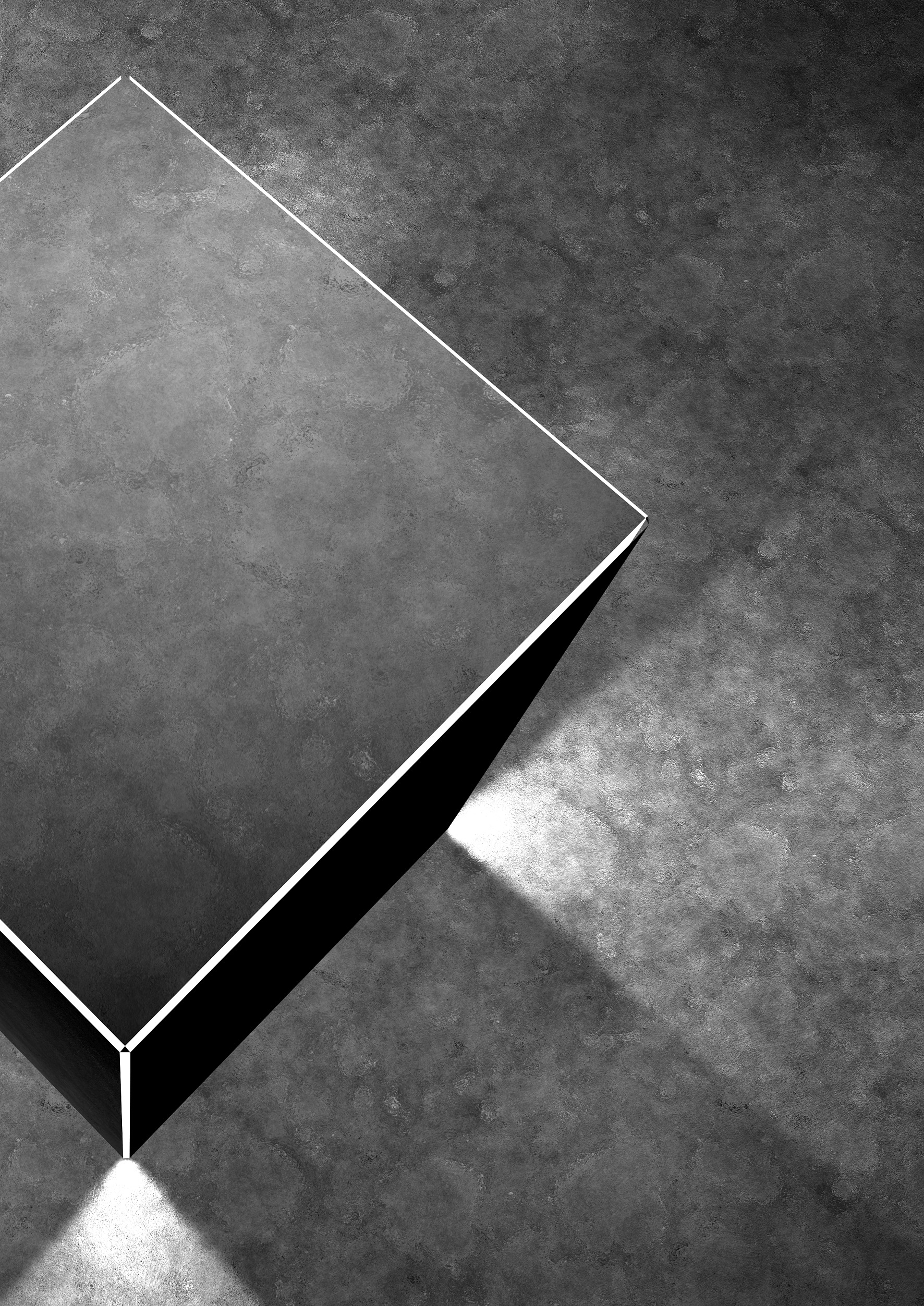 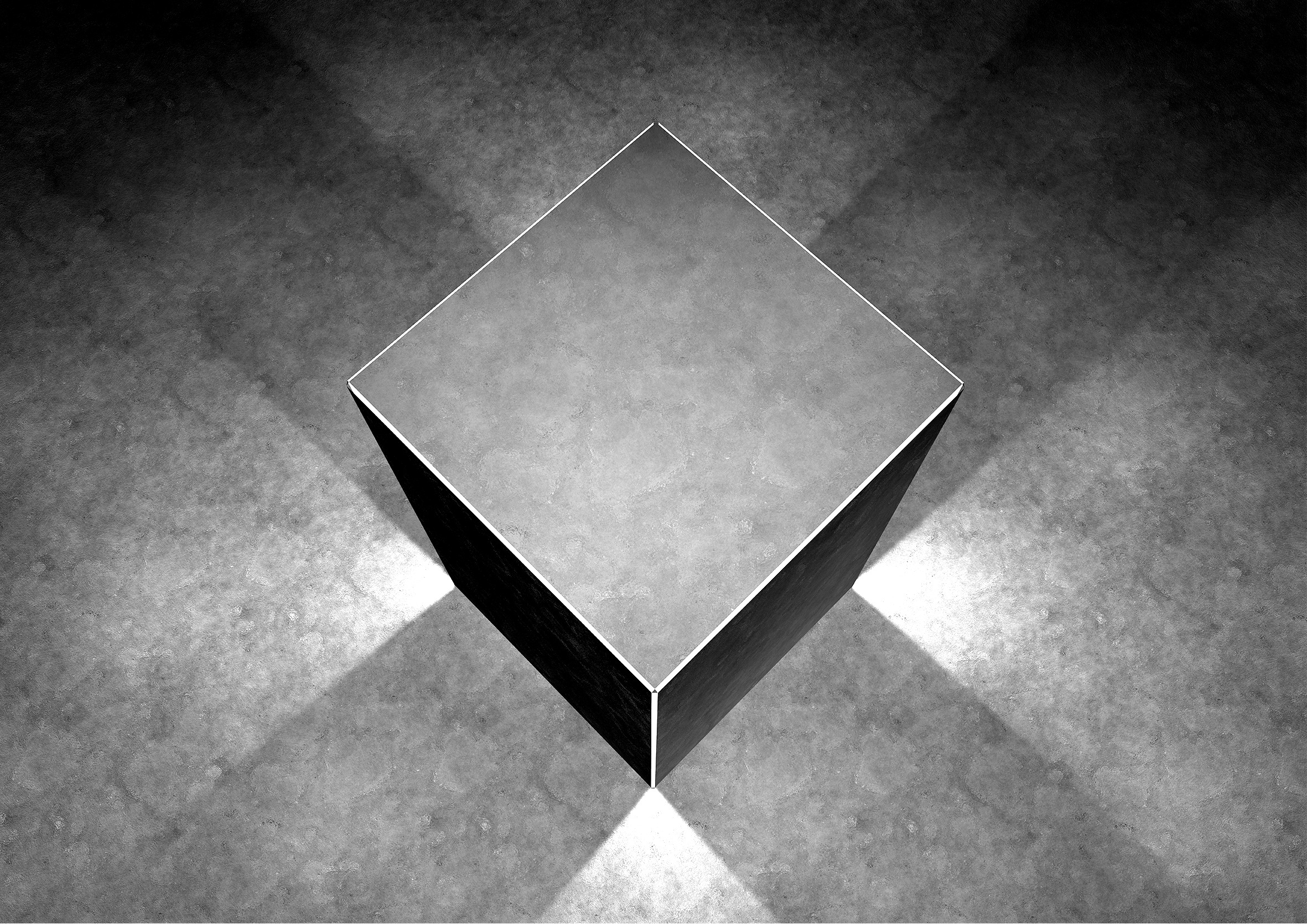 Our work revolves around three axes: space design, graphic communication and video. A set of diverse skills that we use in our experimental and transversal practice.

Passionate about research, our projects are driven by a common understanding of reality. They question various contemporary issues related to the political and social evolutions of the world in which we evolve. The Collective was founded in 2019, since its creation, we have been involved in many design and education projects, as well as international awards.

Blah Blah Blah is an interactive installation that reacts to the public movement with sound and light. Its title refers to the replacement of words that are repetitive or redundant, those that are never uttered. It also refers to the 85% of data that is stored but never used.

According to the Global Databerg Report produced by Veritas, 52% of the data that is stored by companies is dark data. Dark data is unanalyzed information that companies keep for many reasons, that generally answers to a “just in case” question, but that is not processed or used. At the same time, another 33% of their data is considered ROT, Redundant, Obsolete and Trivial, which, like the dark data, does not become useful or relevant information, but yet stored. The sum of those two amounts implies that indeed, 85% of data stored by companies is raw data, unprocessed and useless. The opacity around the topic of data storage creates a void between the facts that we know, a great amount of not analyzed information, and the unknown physical space of data centers. Paradoxically, data creates a need for architectural space that has nothing to do with the idea of the matterless and abstract cloud. On the contrary, data centers are normally portrayed as a black geometric building without openings, opaque as the information is, and placed in parts of the glove as empty fields in Switzerland or the north pole. Blah Blah Blah is an installation that critically reflects on the contradiction that resides in the data centers, for it, we propose an interactive 1:1 (2x1m) scale geometric partly concrete structure. With a system of proximity sensors, when the viewer gets closer to the piece, the lights and the noise inside will increase, mimicking a divine calling. When the audience is 0,5m close from the structure, the loudest noise of intelligible sounds will play. That sound piece is composed of 85% “blah blah blah”, and 15% of coherent information, a written poem, emphasising on the paradox of the data centers. The visitors will affect the space by the fact of being there. Blah Blah Blah highlights our unintentional contribution to the data collecting system. Every time we enter a website, click on a button, send a message… our data is kept and becomes part of the digital body of unproductive information. In the installation, the bodies of the audience will activate the installation.

With a very critical eye on digitalisation and data centers, Blah Blah Blah is nevertheless a humorous piece. Our work always tackles urgent and salient problems but always with a touch of humour. The redundancy of the word blahblahblah, said with different voices, emphasise but also points out the ridicule of the situation we are experiencing today. The immersive interactive installation creates a tense feeling. While facing the piece, you don’t know how to react, laugh, or be scared. For all those reasons, we felt that Blah Blah Blah was perfectly fitting the Subversive Design Open Call.