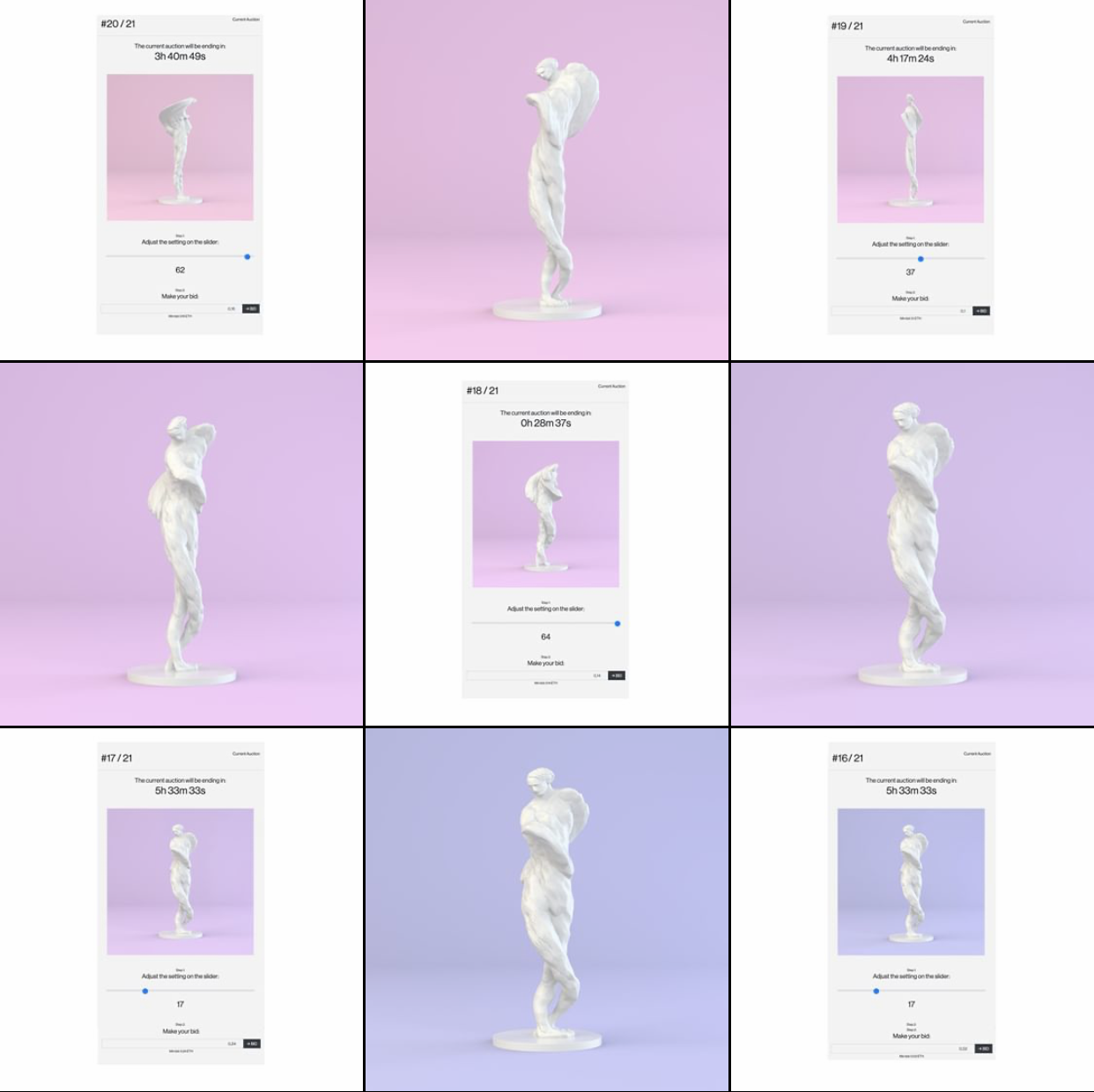 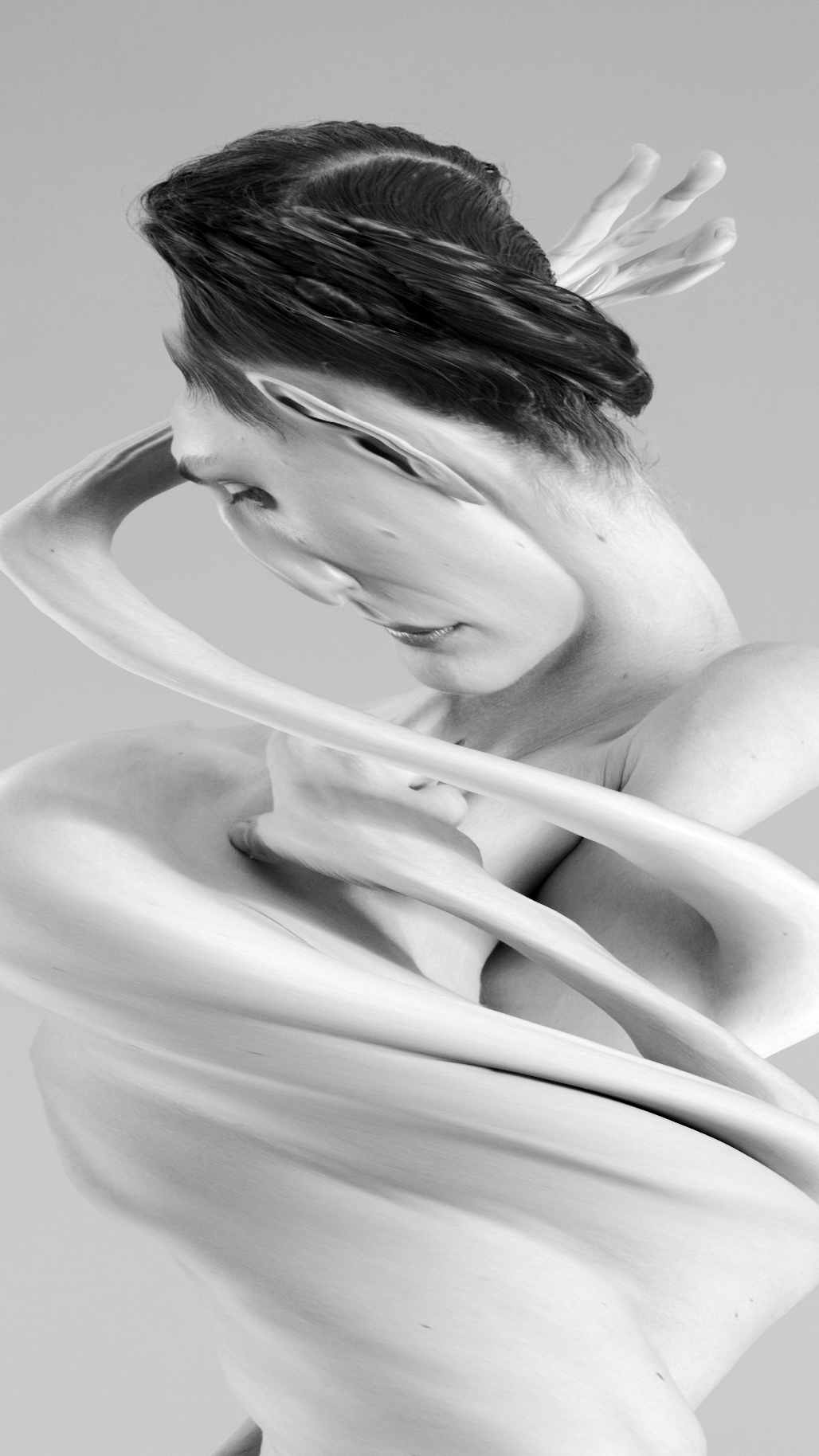 "With the emergence of new digital instruments comes new ways of exploring what role the body plays in both physical and virtual environments."
–@MOCDA

The mirroring the Self in the digital realm has opened up a vast array of forms of representations fuelled by peculiar incentive mechanisms of social media networks. In an act of commodification, the Digital Self is not self-directed, instead it allows peers, whether humans, bots or corporate algorithms to cast their biases upon it conveying the notion of a contemporary sculpture on which market forces become manifest by shaping and transforming it into a tradable token, created by the many, owned by a few – forever.

During 21 days in November 2019 the http://twistedsister.io dApp allowed users to participate in a co-opetitive, economically and aesthetically incentivised experiment of generative art. Each day users all over the world could bid on the setting of a single given geometric parameter and apply it to the avatar of twistedsister. The avatar portrays the 3D-scanned female body of a real person. The winning bidder was awarded a unique ERC-721 token, cryptographically linked to the image of the winning parameter setting.

After the end of the auction the modelling phase of the statue was finalised and all tokens were distributed. Holding a TWIST token represents a tamperproof certificate of participation in and ownership of a limited-edition artwork. A scaled version of the final 3D-model was printed and sold by the artists on behalf of the token holder. The resulting statue represents the unique physical edition of the co-created artwork and is linked to a unique ERC-721 token – the TWIST3D token.