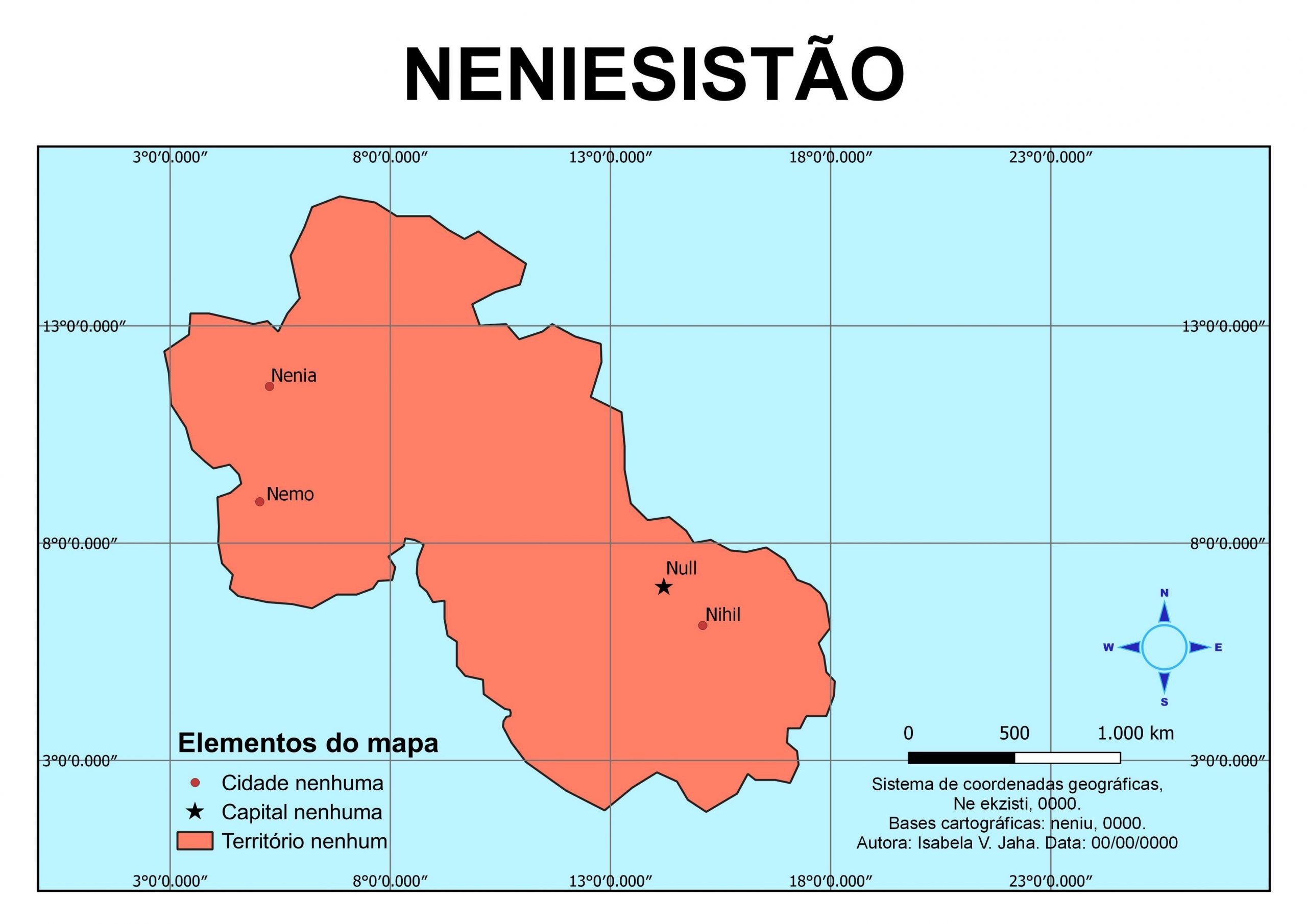 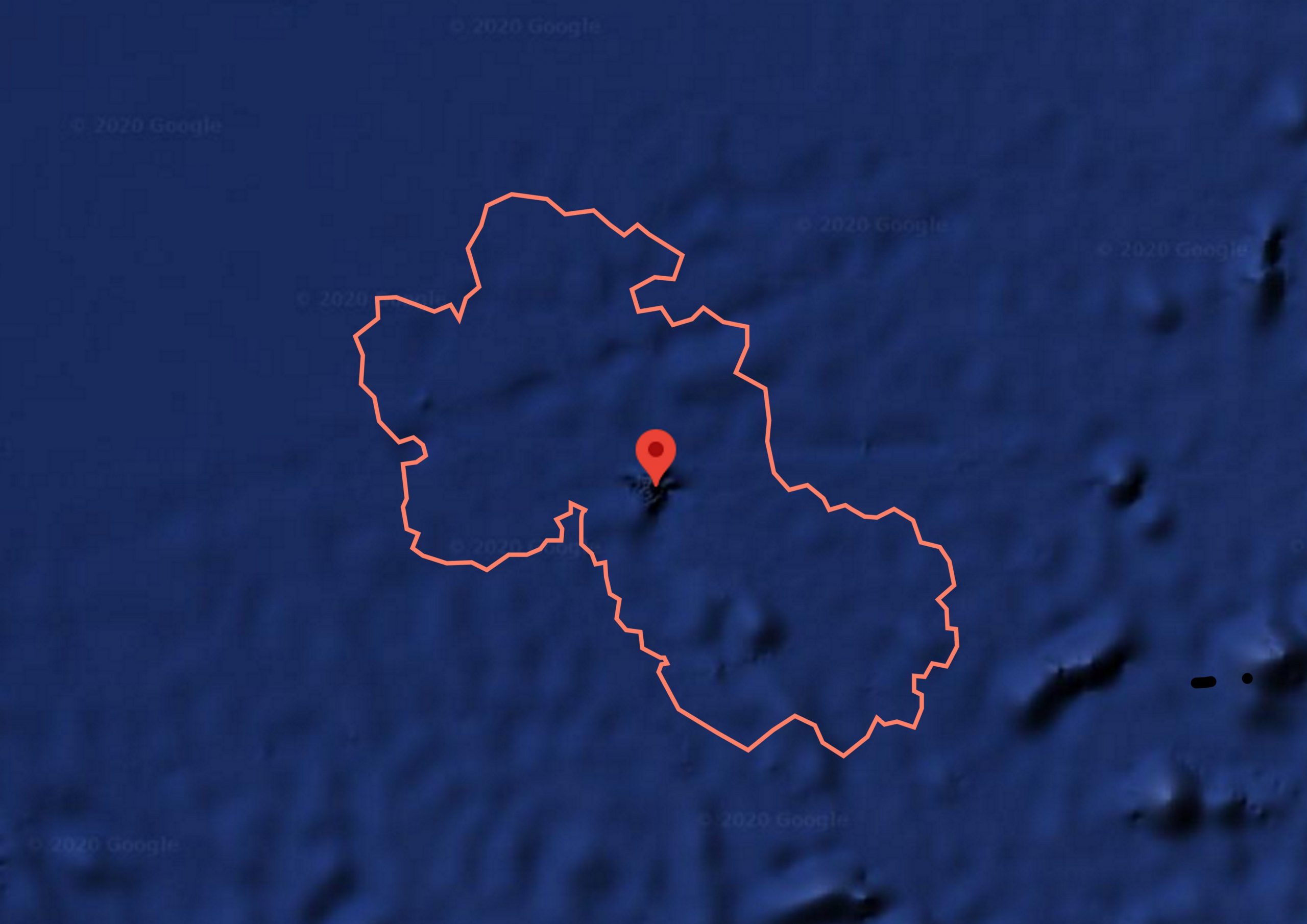 Virtual Cartographies is a triptych based on territory, georeferencing and coloniality relations. The three images produced refer to a country – Neniesistan – invented by the artist, which does not exist and, therefore, is impossible to be discovered, explored and colonized. This triptych starts from the premise that every portion of land, transformed into territory, is the result of relations of possession and power; an imaginary line is created in a given space on Earth, and from it diplomacy, bureaucracy and uses of resources present in the delimitation of that specific territory are carried out. „Territory“ means nothing more than a delimited area that is in the possession of something or someone. For this reason, what we know as „territory“ is a human invention, and thus geopolitical tensions are created between nations, which can even undergo armed conflicts to conquer resources and / or other territories.

This work intends to problematize the ideas of nation, territory and cartography, since the set of these ideas creates a pattern and shapes the mapping of any existing piece of land. Why do people love the countries they were born in? Why do we approve when someone congratulates our country of origin, but we fight when someone criticizes it? The creation of a country that does not exist becomes, in this work, a way of subverting the language of cartography and the concepts of demarcation and possession. Etymologically, „Neniesistan“ arises from the terms Nenies – which means „from nobody“ in Esperanto – and „Istão“ – a suffix used by several countries in Asia, which means „place of“, „territory of“ etc. – which translates to „Nobody’s Territory“. To create a non-existent land demarcation is also to reframe our understanding through imaginary lines; in this case, it is understood that, as all territories are demarcated by an imaginary line, and that later that line is georeferenced through mapping software – such as Google Earth and GPS applications – we all have the power to create an imaginary line, even if this created line does not really exist, not least because, materially speaking, there are none of these lines in nature; property is a human invention.

In Virtual Cartographies, Neniesistan is located at coordinates 0 ° 00’00.0 „N 0 ° 00’00.0“ E, the „zero point“ of planet Earth. The region is so unstable that the GPS redirects us to the nearest portion of land. The country’s flag is a tribute to the only element really present at Earth’s „zero point“: a buoy. The flag triangle makes reference to the Bermuda Triangle, an area that exists, but is marked by an imaginary triangle. The demarcation of Neniesistan’s imaginary line is the result of a study of several „shapes“ from different islands around the globe. The most important non-existent cities in Neniesistan have been baptized by terms that mean „none“ or „nothing“ in Esperanto and Latin, an artificial language and a dead language.

Virtual Cartography seeks to critically observe and study land demarcations and their political, geographical and social implications. The generic visuality of the map, flag and Google Earth’s printscreen draws our attention to the way we see Earth today: an image constructed through mathematical references. Creating a country that does not exist – using mapping and mapping software – and even creating a flag (a symbol of strong significance to any country or group) calls our attention to two contemporary issues concerning our humanity and relationship with the earth: is it possible to be free in a demarcated world? do imaginary lines actually exist and permeate space?