[Your coordinates could not be located] 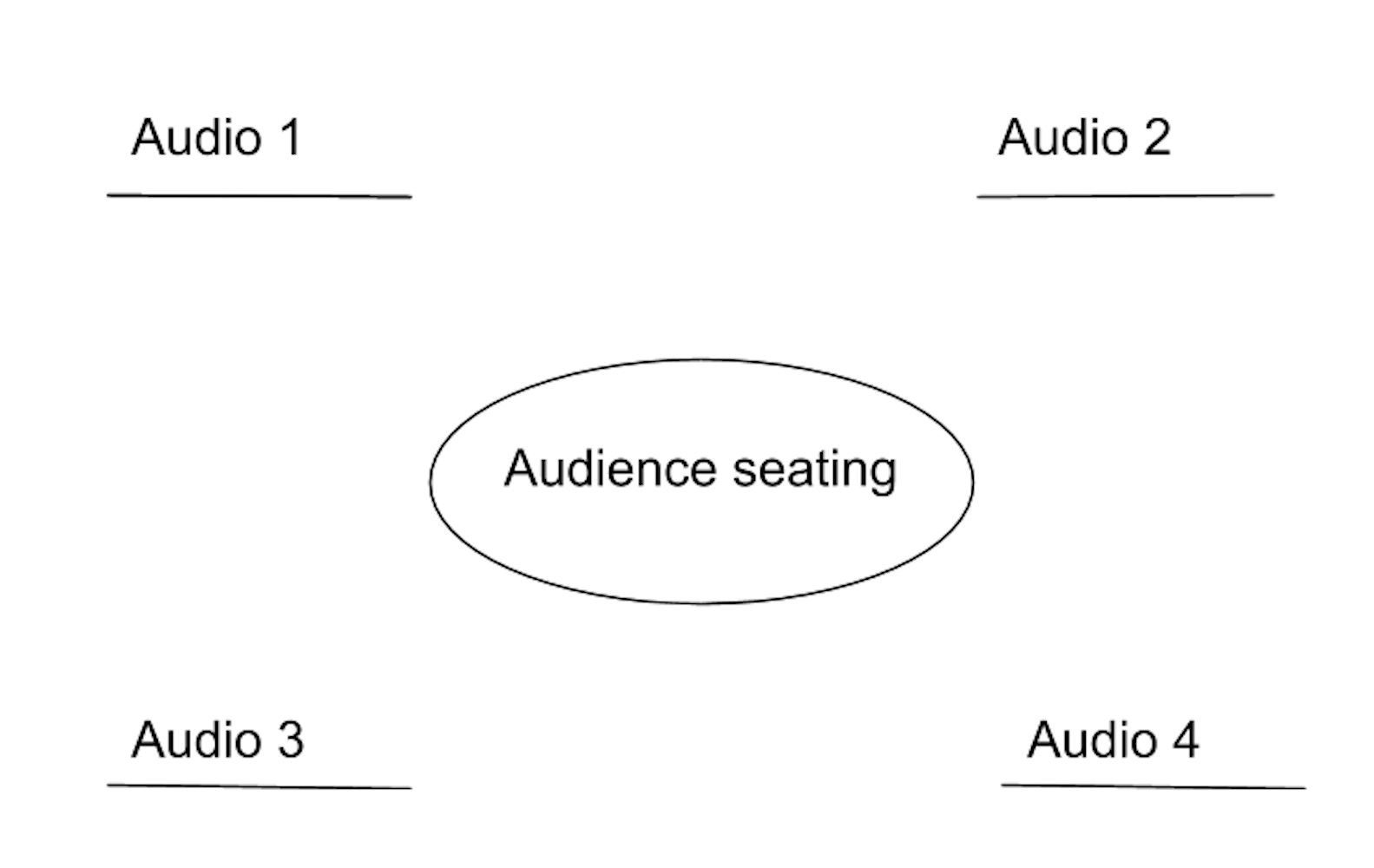 “If all the watches in Berlin suddenly went wrong in different ways even only as much as an hour, its entire economic and commercial life would be derailed for some time,” Georg Simmel famously declared in his essay “The Metropolis and Mental Life.” Simmel’s point: a metropolis relies on precision. Cities are spaces increasingly dictated by purpose, organization and legibility, exemplified in the rise of the so-called “smart city.” All spaces must be assigned a clear function, heightening your experience of what something is: a playground which can only be a playground and a train station which is only a train station. But what about another idea of a city like Berlin, one that relies on a more experiential, disparate, even rhizomatic, spirit?

The stagnant, two-dimensional map is lacking in a particular experiential, auditory dimension. A visual supremacy takes hold, which dominates the auditory, and sound is simply seen as a by-product of a static environment. The map is a cartography of the flat; it fails to speak to what it is like to move through a city. Sound, on the other hand, is a physical modality—the subject is ‘touched’ by a sound wave. In this way, sound creates an alternative cartography, one that physically links its participants. Another dimension that is missing to the traditional visual map is time, which is the only way to understand sound. Visual maps do not convey the dimension of time and as such lose this particular temporal experience of a city.

Specific soundscapes spring up around the concrete, fixed environment around them and are representations of coherent communities. Consider David Harvey’s notion of relational space-time: absolute (static, concrete, immobile) space cannot stand alone. Space and time mediate each other continuously; a space cannot be defined by its static attributes alone, but by that which temporally passes through it, which in turn is to some extent limited by a space in itself. This is a crucial contradiction when discussing sound, or soundscapes as objects of observation. Sounds record a fleeting moment in cities and space, defining the space, yet dissipating as soon as the recording stops.

We became interested in the particular location of Berlin-Westhafen because, despite its very central location in the city, the port marks a ‘non-space.’ Because the industrial buildings dominate the space, it lacks the centralized quality of other Berlin neighborhoods. “Westhafen” conjured up a place, certainly, but it is hard to identify just where that place is—is it the interconnected port system? Is it the series of bridges that cross the canal? Is it the beginning of the residential neighborhood in Wedding? On Google Maps, Westhafen is not found: it does not exist as a recorded space, only appearing as a small circle representing its nominal train stop. We asked ourselves whether this non-space could be captured through sounds, whether we could recreate a version of the space simply by recording Westhafen. But, the soundscape did not make the location easier to comprehend. Instead, Westhafen emerges as an illusive space, fragmented through the collection of strange sounds it produces as well as the vastness of the location. The audio piece that follows is an attempt to create a map through time and memories, beyond the concrete and the logic of visual urban planning, using only sound. The audio piece that follows engages with the difficulty of determining the center of Westhafen.

Living in Berlin, Jude Macannuco (USA), Claire August (USA), Veronika Risnovska (Slovakia), and Hanna Bargheer (Sweden) started collaborating during their university studies in Arts and Philosophy. Their practice probes the intersection of performance art, visual art and urban theory. This artwork was developed in the fall of 2020.